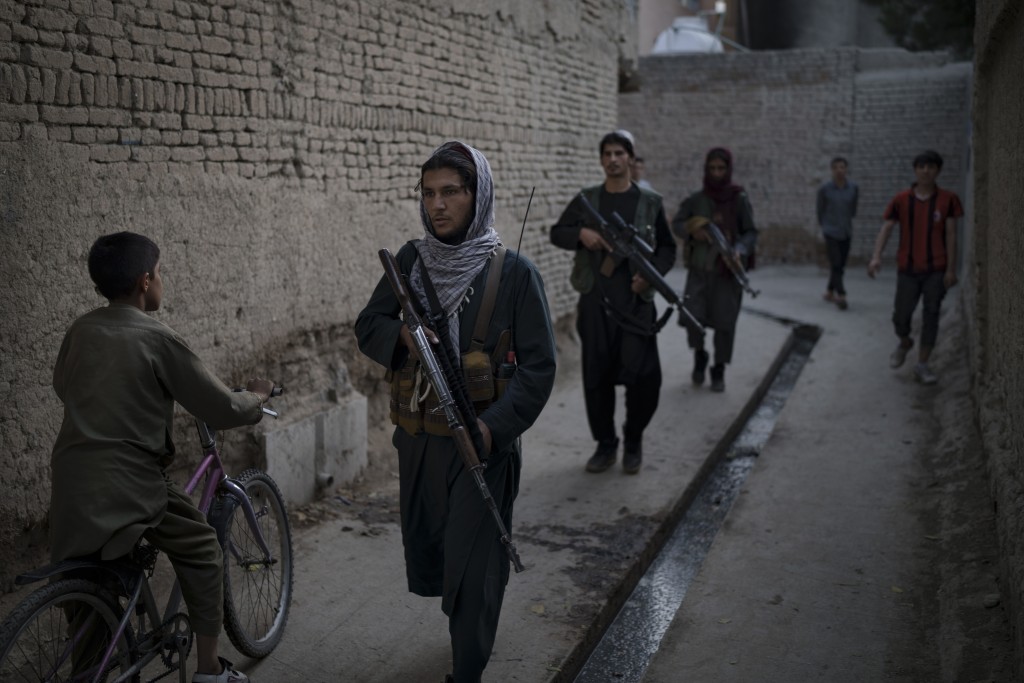 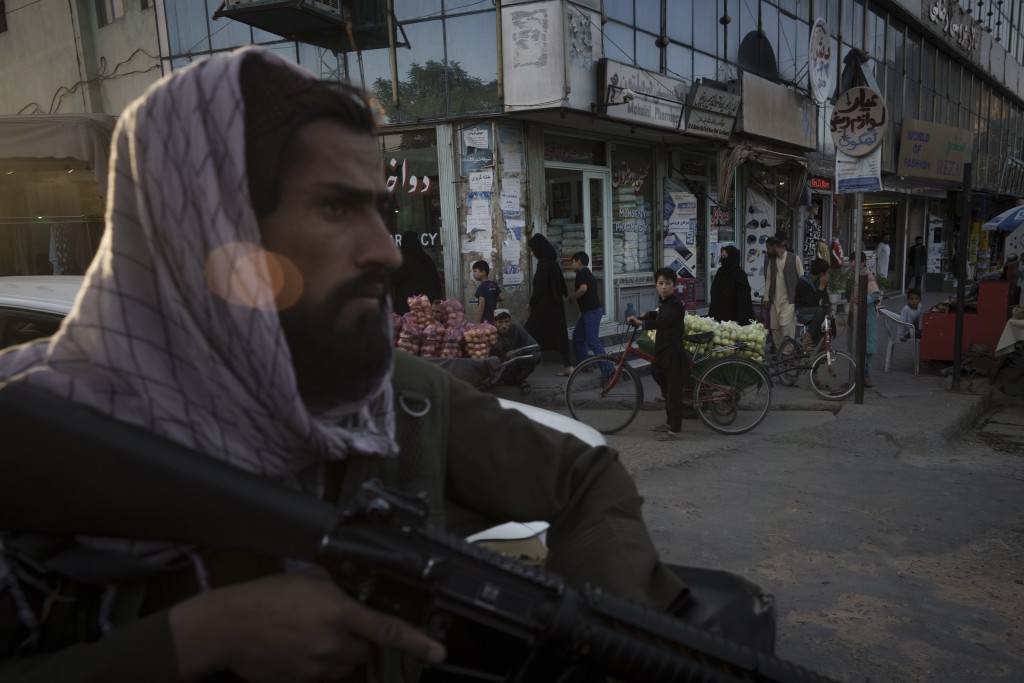 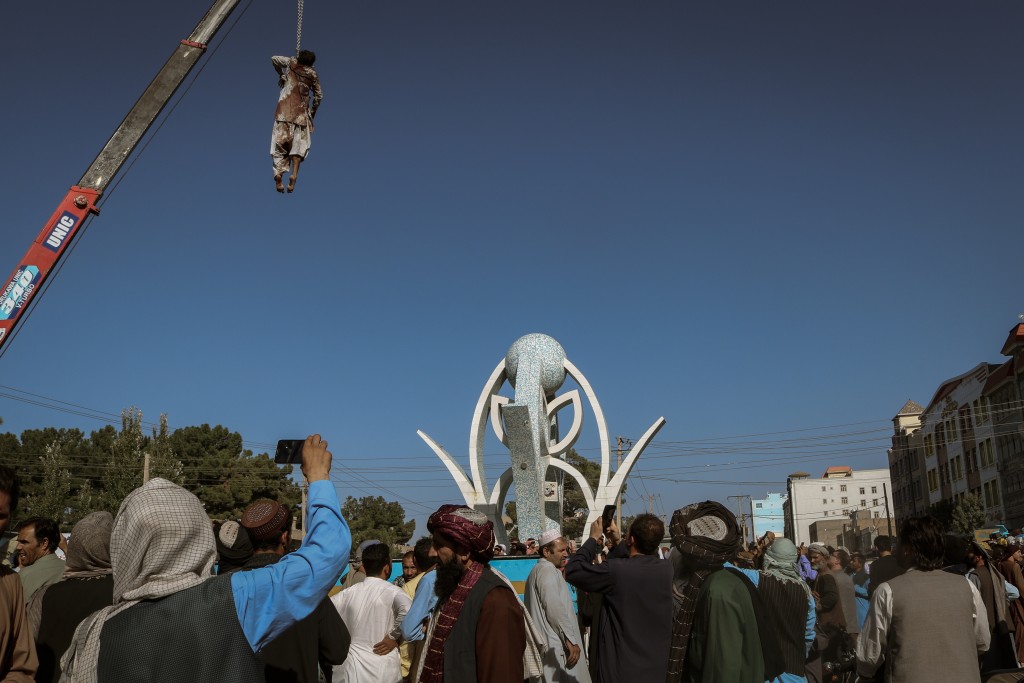 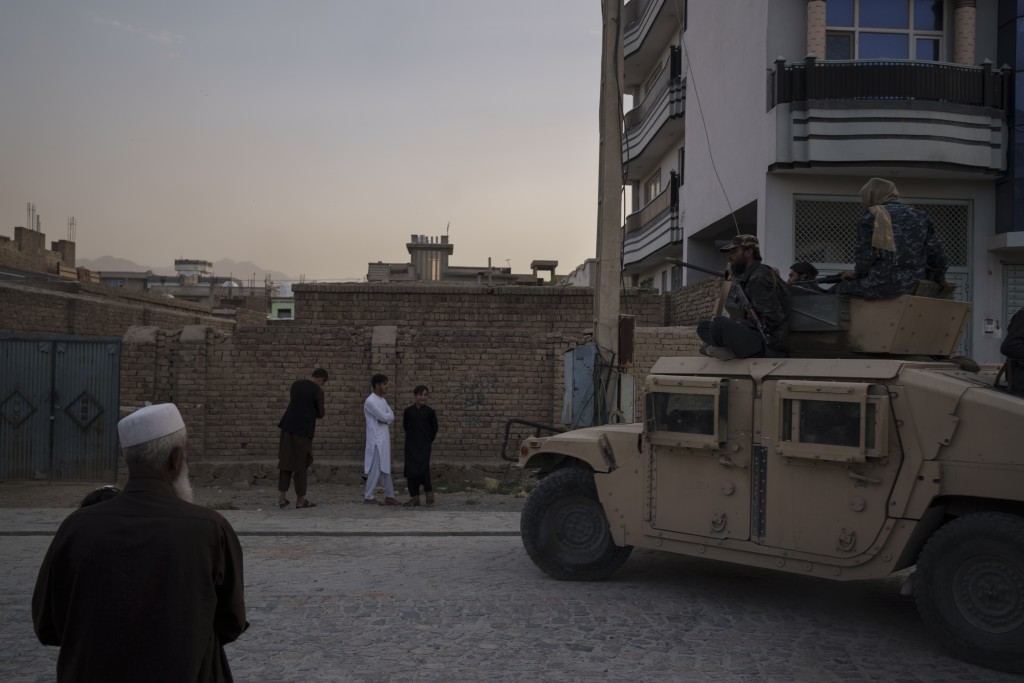 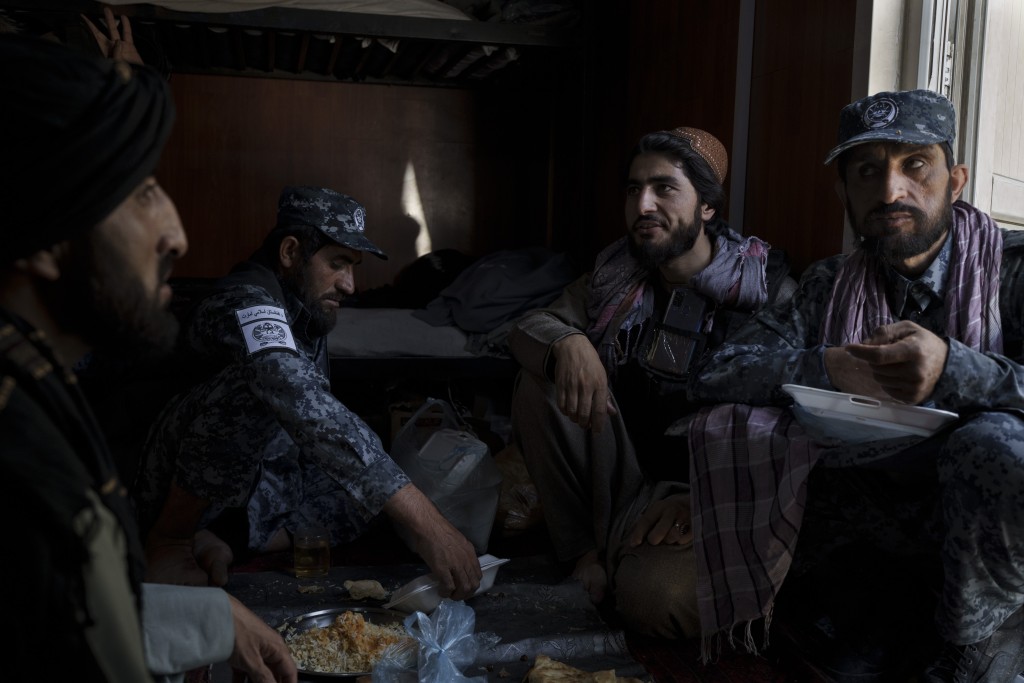 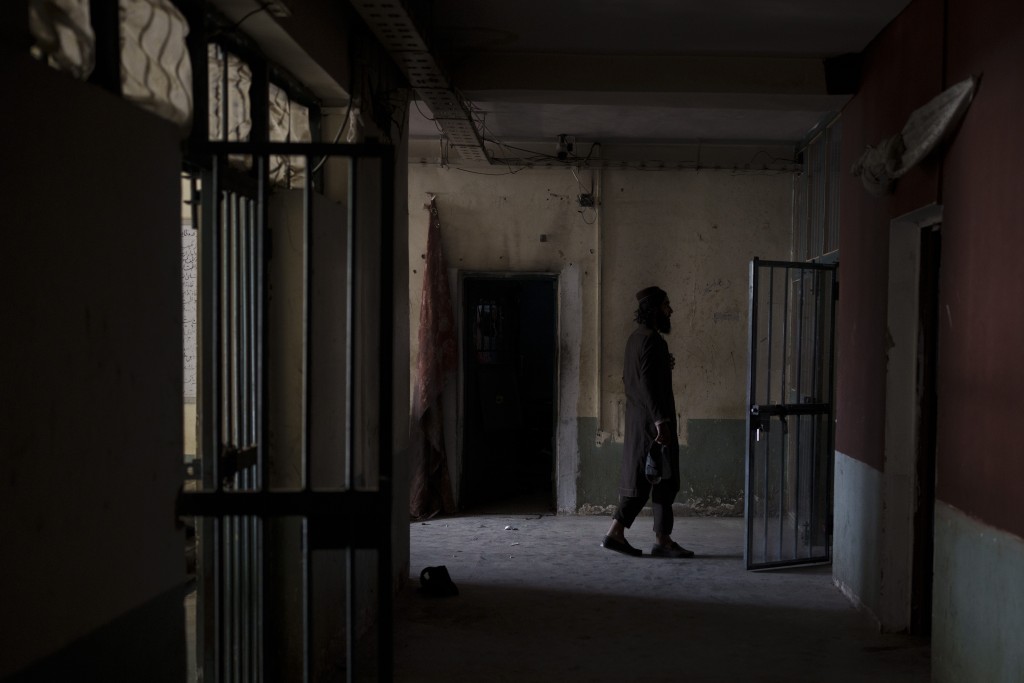 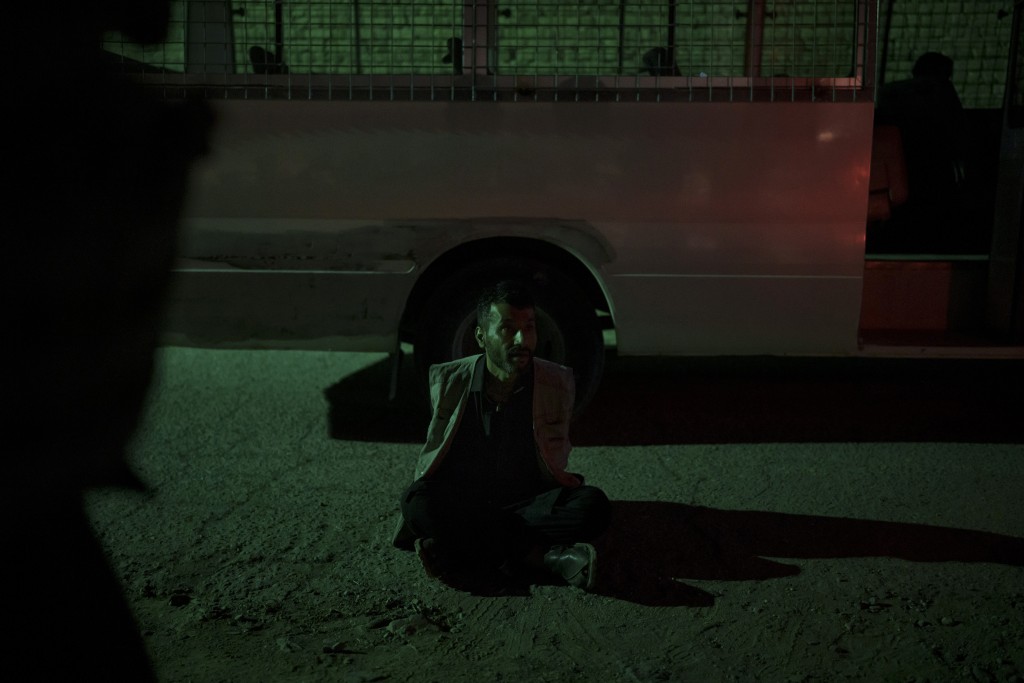 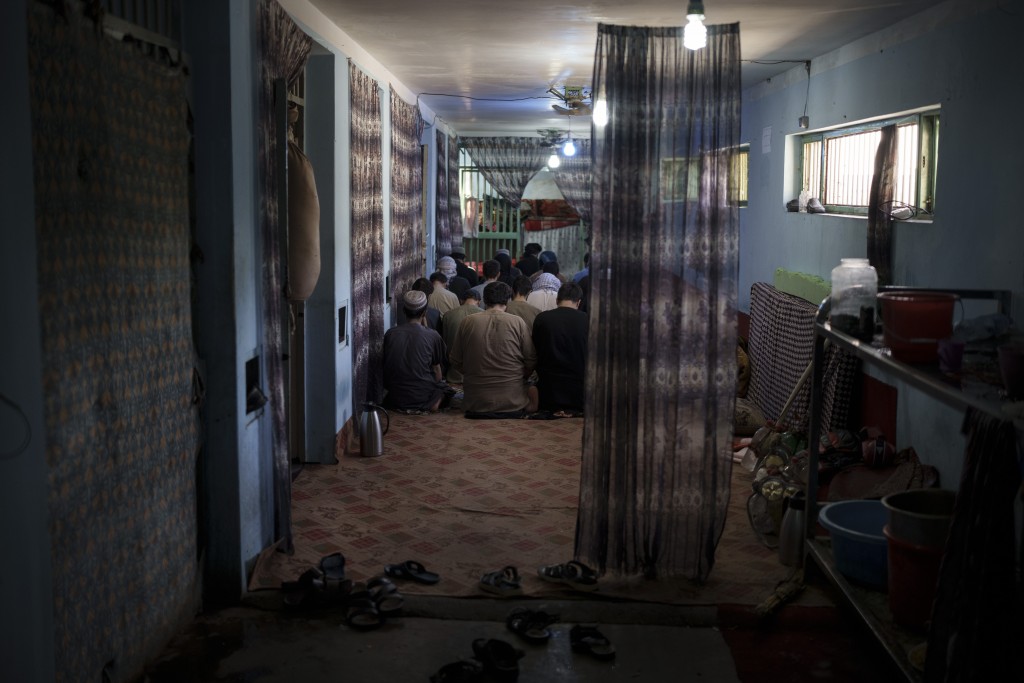 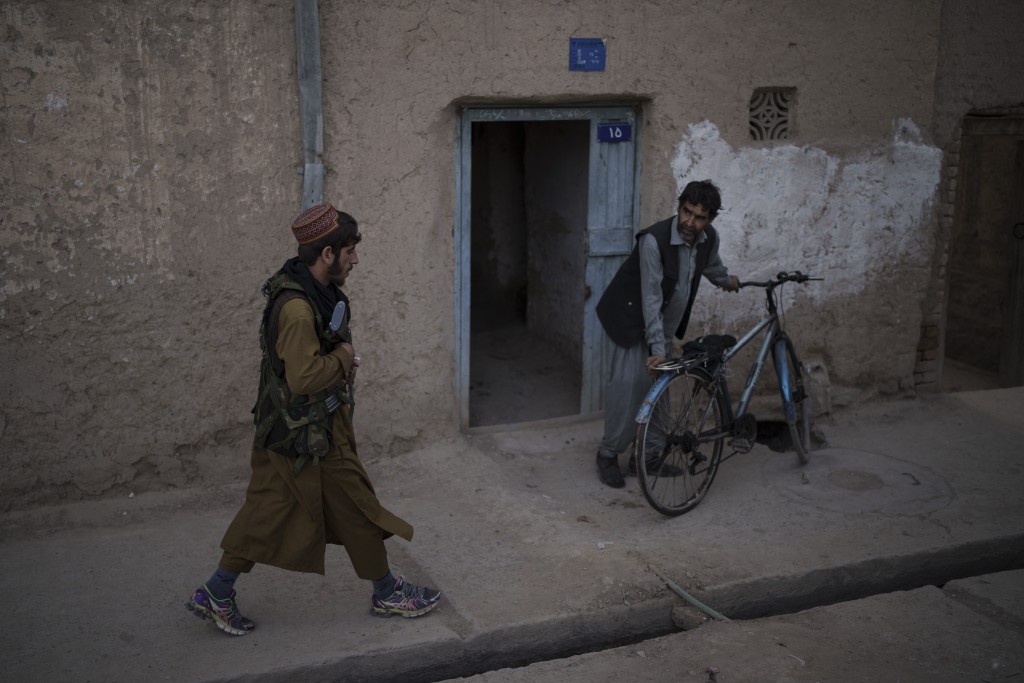 KABUL, Afghanistan (AP) — It wasn’t 7 a.m. yet and already the line outside the police station’s gates was long, with men bringing their complaints and demands for justice to Afghanistan’s new Taliban rulers.

Something new they immediately found: The Taliban fighters who are now the policemen don’t demand bribes like police officers did under the U.S-backed government of the past 20 years.

“Before, everyone was stealing our money,” said Hajj Ahmad Khan, who was among those in line at the Kabul District 8 police station on a recent day. “Everywhere in our villages and in government offices, everyone had their hands out,” he said.

Many Afghans fear the harsh ways of the Taliban, their hard-line ideology or their severe restrictions of women's freedoms. But the movement does bring a reputation for not being corrupt, a stark contrast to the government it ousted, which was notoriously rife with bribery, embezzlement and graft.

Even residents who shudder at the potential return of punishments - such as chopping off the hands of thieves - say some security has returned to Kabul since the Taliban swept in on Aug. 15. Under the previous government, gangs of thieves had driven most people off the streets by dark. Several roads between cities are again open and have even been given the green light for travel by some international aid organizations.

Still, there are dangers. On Sunday, a bomb outside Kabul’s Eid Gah mosque killed several civilians and targeted Taliban members attending a memorial service. No one took responsibility for the bombing but the rival Islamic State group has ramped up attacks against the Taliban in an IS stronghold in eastern Afghanistan.

During their last time in power in the late 1990s, the Taliban offered a trade-off: They brought a stability Afghans desperately sought and eliminated corruption, but they also imposed their harsh interpretation of Islamic law. That included punishments like the hand amputations, executions of murderers with a single bullet to the head, most often by a relative of the murder victim and all carried out in public. Religious police beat men for trimming their beards or for not attending prayers.

In the past week, the Taliban arrested 85 alleged criminals, some accused of petty crimes, and others of murder, kidnapping and robbery, said Noor Ahmad Rabbani of the Taliban’s anti-crime department.

The Taliban say they will bring back their previous punishments. The only question is whether they will carry them out publicly, Mullah Nooruddin Turabi, former justice minister and current official in charge of prisons, told The Associated Press.

Some punishments have already reappeared. The bodies of four men were hung from cranes in the center of the city of Herat, after being killed by Taliban while allegedly attempting a kidnapping. On at least two occasions in Kabul, petty thieves were paraded around the streets to shame them, handcuffed, with their faces painted or with stale bread stuffed in their mouths.

Gun-toting Taliban have taken up positions at checkpoints across Kabul and gradually some have been made to wear uniforms -- the beginnings of a new national security force, officials say. For many Kabul residents -- particularly the young who grew up on horror stories about the previous period of Taliban rule -- the sight of the fighters is frightening as they roam the streets freely, with their signature long hair, traditional dress and Kalashnikov rifles hanging by their sides.

But so far, they appear to have brought relief from corruption. Before the Taliban takeover in August, people had to pay bribes simply to settle a utility bill. Rampant fraud in the military was one reason it collapsed so quickly in the face of the advancing Taliban. Despite the overt graft, the U.S. and Europe poured billions of dollars into the government with little oversight.

As in the past, the Taliban have turned to tribal elders to settle disputes. Last week, a group of elders gathered in a Kabul mosque to adjudicate a stabbing attack that caused minor injuries. The elders ordered the culprit's father to pay the victim the equivalent of nearly $400, enough to cover the medical expenses.

“It’s fast, and much less expensive than it was under the previous system,” he said.

At the District 8 police station, the new commander, an affable Taliban named Zabihullah, said the Taliban had fought for 20 years to bring Islamic laws to Afghanistan. "Now people are safe under our government,” he said.

Zabihullah, who like many Afghans goes by one name, is from central Ghazni province, where the insurgents waged some of their most bitter battles during the last two decades.

At 32, he said he hasn’t trained to be a police commander, with most of his education at a madrassa, or religious school. But Zabihullah said his years at war and adherence to the Taliban interpretation of Islamic law had prepared him.

Outside the police station gates, the line was getting longer.

Sixty-year-old Khan had come from eastern Khost province to seek Taliban help in collecting an outstanding loan. He said he supported Taliban punishments like amputations, though not for petty thieves.

He said they have brought some security “because they treat the criminal under Islamic law.”

A school principal, who didn’t want to give his name fearing repercussions, had come to the police station to complain about parents who are months behind on school fees.

He said he wanted to give Taliban rule a chance. Under the previous government, he was charged bribes each time he went to the police to complain about delinquent payments.

“America invested lots of money in Afghanistan, but it was a mafia that was running the country,” he said.

Another complainant, who gave his name only as Dr. Sharif, had returned recently from Saudi Arabia where he had worked for several years. He had no objection to Taliban-style punishments but argued strenuously against putting Taliban leaders and religious clerics in charge of government departments.

“We need professional people ... we need economic specialists, not a maulvi who has no idea about business,” he said, using a word for a Muslim cleric.

Still, he welcomed having his complaint heard without any demand for a bribe from the Taliban police. Before, police demanded a bribe just to get into the station.

“The mistake of the past governments,” he said, “was that they put all the money into their pockets.”