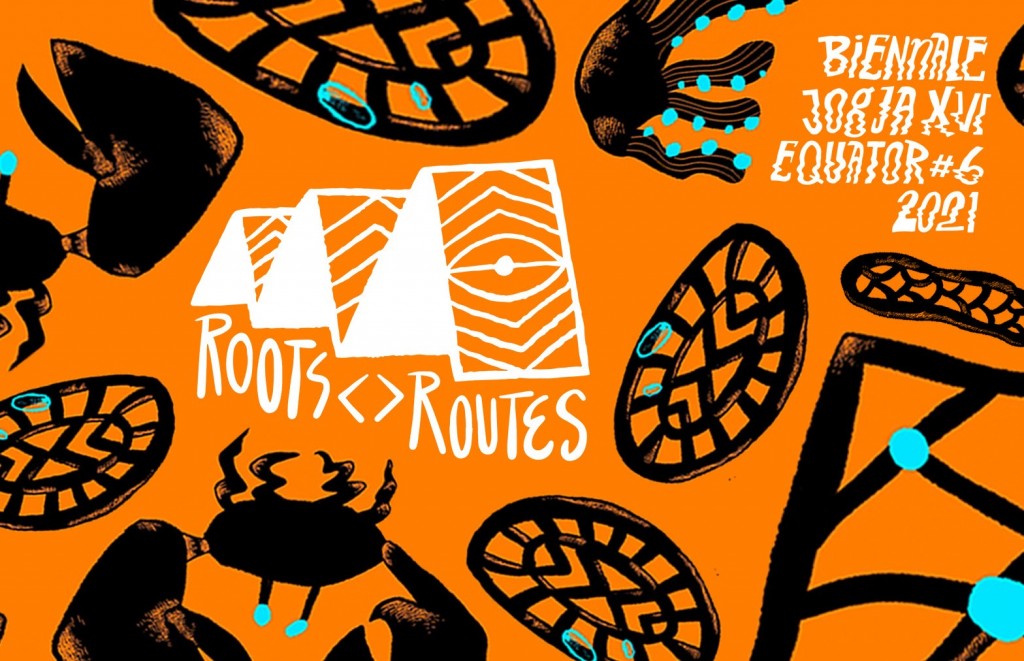 Taiwan's pavilion at this year's Biennale Jogja, the Bilik Nasional Taiwan, is co-organized by TAEF, NCAF, and KMFA. The pavilion is an art exhibition that analyzes humanity’s relationship with the ocean from historical, geographical, cultural, and emotional perspectives.

It also attempts to reexamine the “exploitation, seizure, and extraction of marine resources, as well as the impact of categorizing the ocean as a human/anthropogenic domain in the process of industrial technology, colonial expansion, and modernization,” according to a TAEF press release.

This year marks Biennale Jogja’s sixth iteration of its Equator series. With the main theme of “Oceania,” the showcase is titled "Roots<>Routes" and centers on exploring themes related to Nusantara (Indonesian for “archipelago”) and the Pacific Ocean. The exhibition will be held at the Jogja National Museum in Jogja, Indonesia and will last from Oct. 6 to Nov. 14.

Elia Nurvista and Ayos Purwoaji, curators of this biennale, ask the question, “Who owns the ocean?” to encourage people to “forgo the conventional concept of national borders and to re-explore and learn about the diverse cultures and ethnic groups born out of the vast ocean,” per the press release.

The theme of this year’s biennale echoes that of KMFA’s 2021 Pan-Austro-Nesian Arts Festival, which emphasizes islands and the ocean, instead of the continents and “embraces the fluidity and non-rigid territorial characters of the ocean,” the curators said.

As a result, several artists featured in the 2021 Pan-Austro-Nesian Arts Festival have been selected to represent Taiwan at this year’s Biennale Jogja - Bilik Nasional Taiwan, including Rahic Talif, Chang Chih-Chung, and artist duo, Chiu Chieh-sen and Margot Guillemot.

NCAF is also working with ARTWAVE partners TAEF, Biennale Jogja Foundation, and Vietnam Institute of Culture and Arts Studies (VICAS) to co-launch the third Asian Curatorial Forum, which will be held at KMFA on Oct. 23 and 24.

The forum will discuss three major themes, including “Circulating the Spheres,” “Articulating the Souths,” and “Sailing across the Seas,” with dialogues facilitated between Taiwan, Indonesia, and other parts of Southeast Asia and the Pacific region, according to the press release.

Alia Swastika, director of Jogja Biennale Foundation; Ade Darmawan, artistic director of documenta 15 in Kassel, Germany; and Nguyen Thi Thu Phoung, vice director in charge of VICAS, have been invited to participate in the forum, which will be held in Kaohsiung, Taiwan.

Participants in Taiwan will meet in person, while international guests will speak via the internet. By integrating both online and offline components, the curatorial forum will be able to highlight cultural exchanges between Taiwan and the “Global South,” the press release said.

TAEF Chairperson Hsing-Huang Michael Hsiao (蕭新煌) noted, “The international collaboration between Biennale Jogja and the Asian Curatorial Forum marks an important exchange for the advancement of the New Southbound Policy, and it also offers a comprehensive experience of Austronesian art’s vibrant creative energy.”

NCAF Chairperson Lin Mun-Lee (林曼麗) said that ARTWAVE’s goal is “to widely establish Taiwan pavilions” based on the strategies of “Build, Operate, and Transfer." She added that the Biennale Jogja collaboration is a sign this mission is being successfully carried out.

Lin said that by establishing collaborative relationships like the one with Biennale Jogja, NCAF will “broaden horizons and connections,” which will lead to more transfer and alignment of resources within contemporary art communities in Taiwan and abroad.

Director of the Kaohsiung Museum of Fine Arts Lee Yulin (李玉玲) mentioned that the museum has adopted “South Plus” as its new conceptional direction, which concentrates on Taiwan’s Austronesian roots. This approach has “broadened and extended KMFA’s long-term focus on Austronesian contemporary art,” she said.

As more extensive cultural philosophies are embraced, so too can more expansive trans-regional dialogues be opened, Lee said.