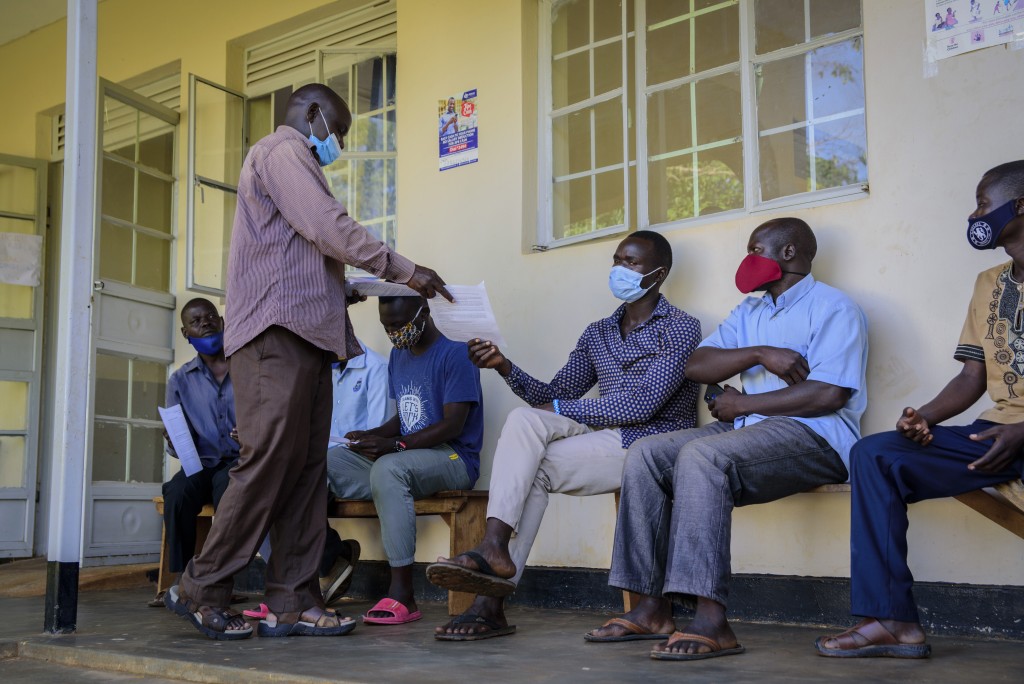 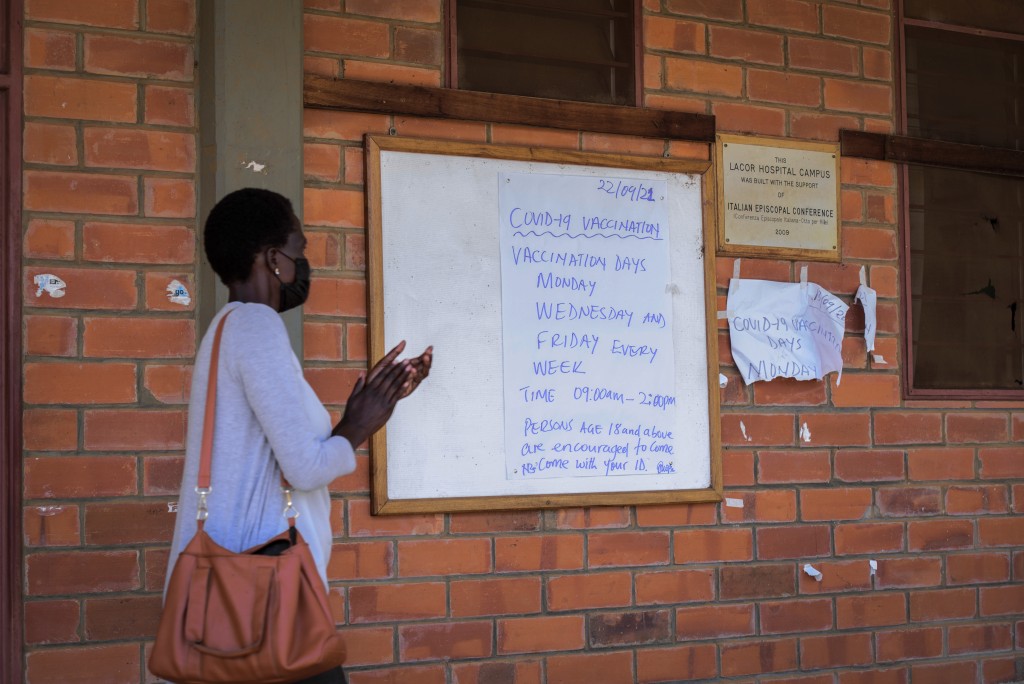 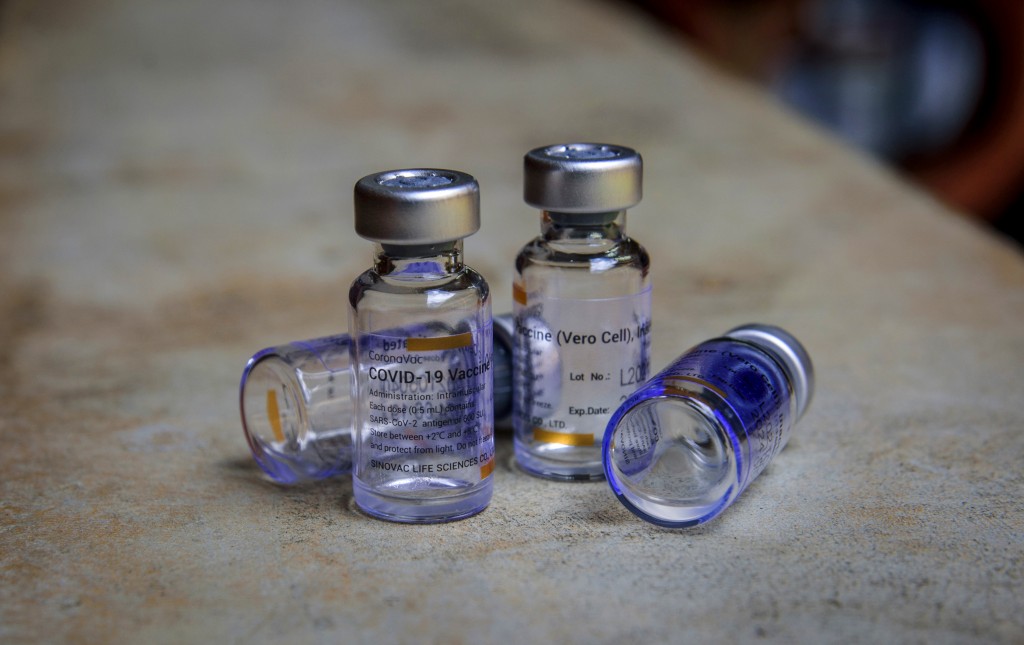 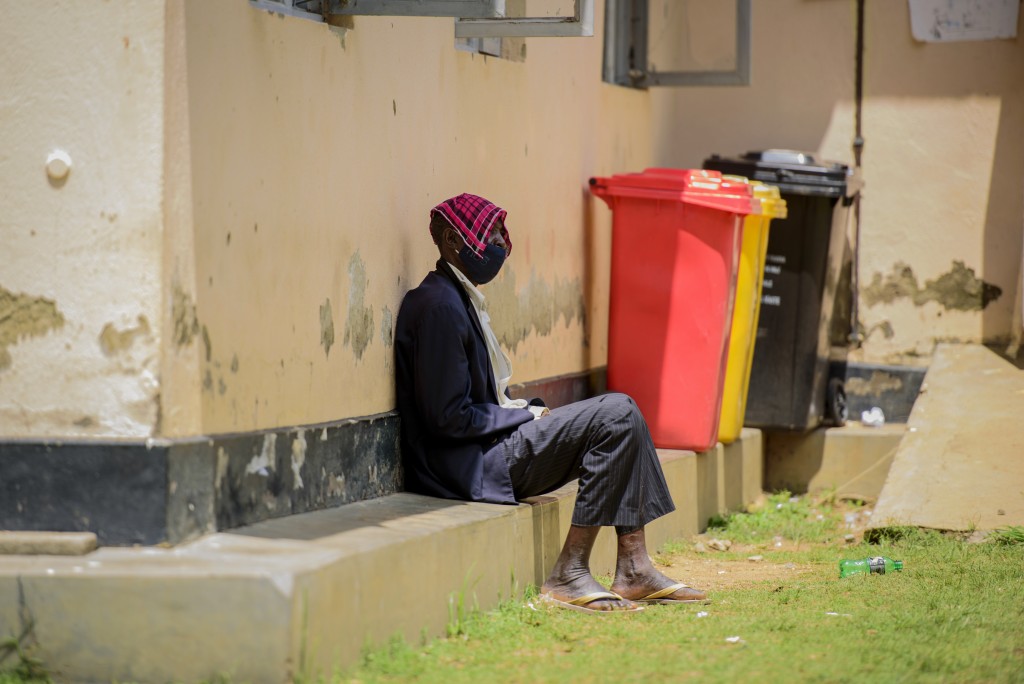 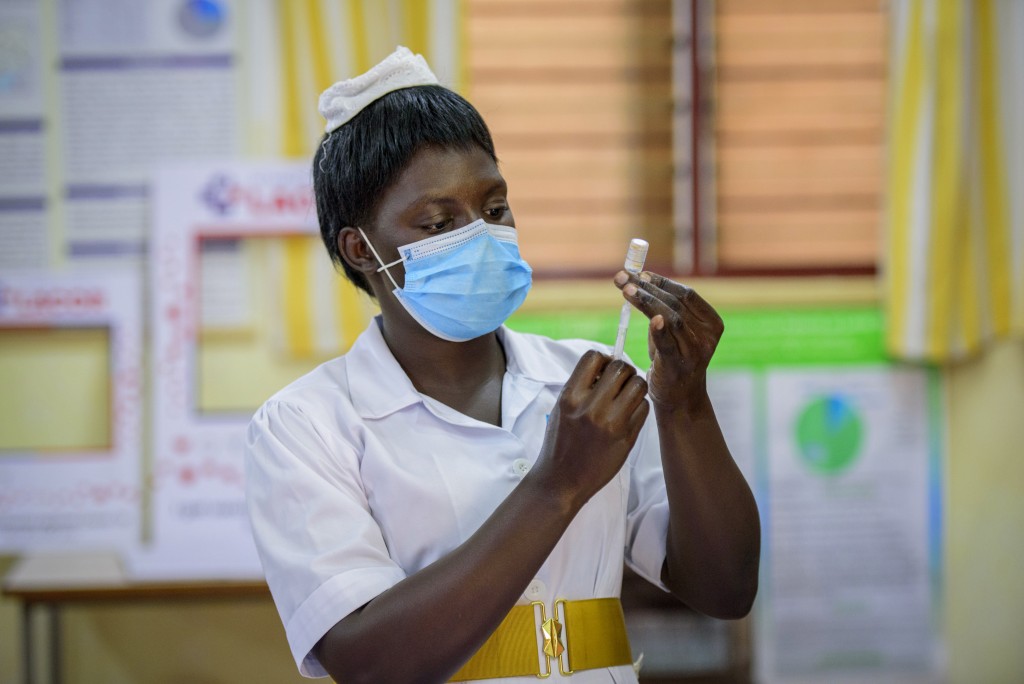 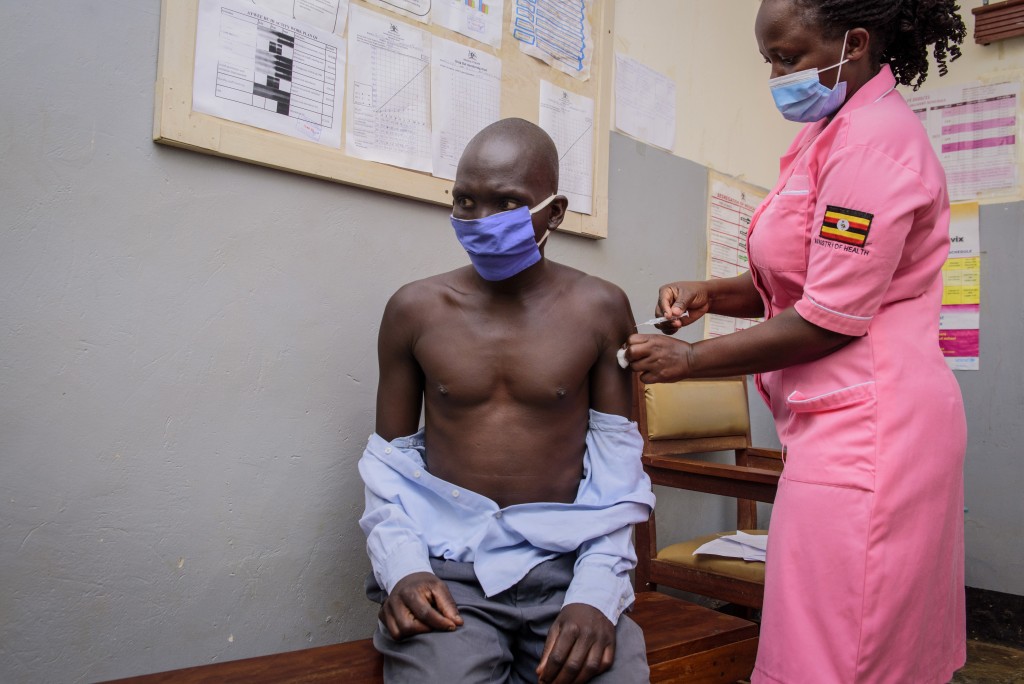 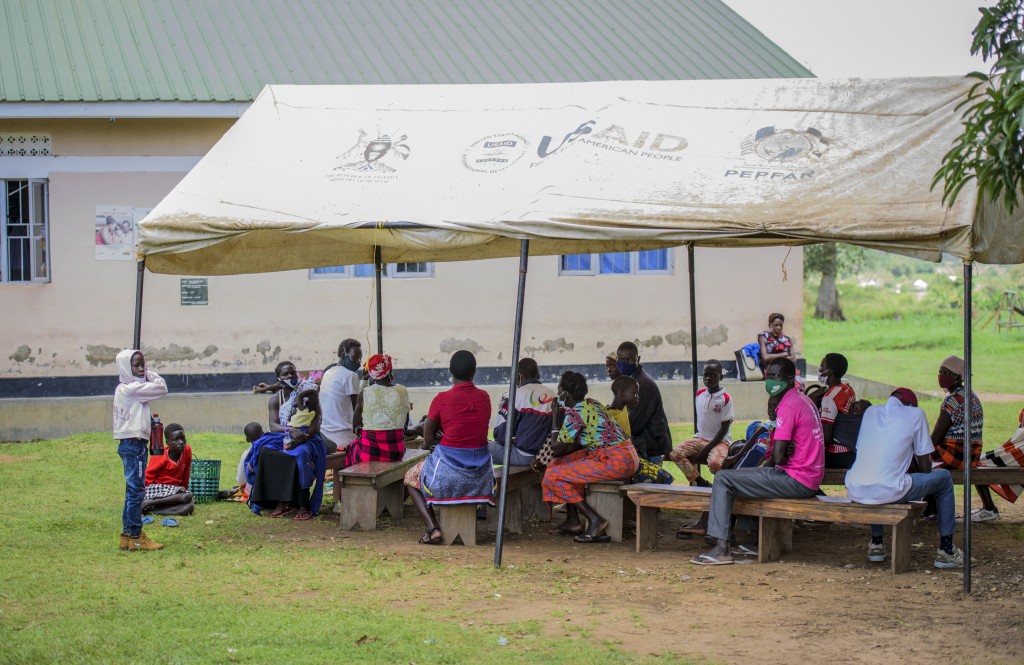 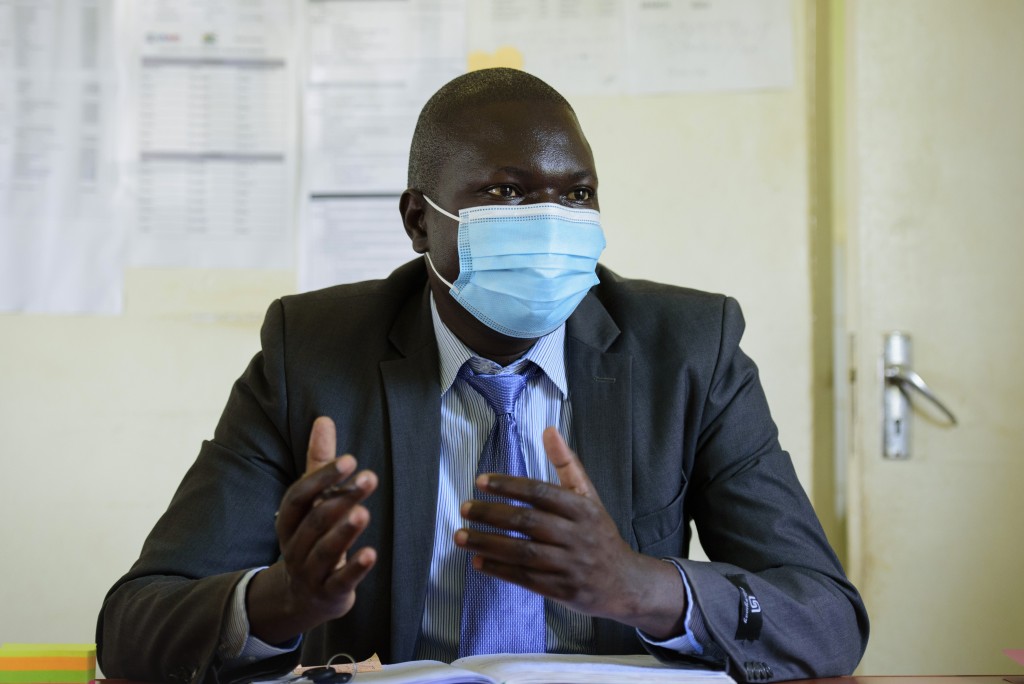 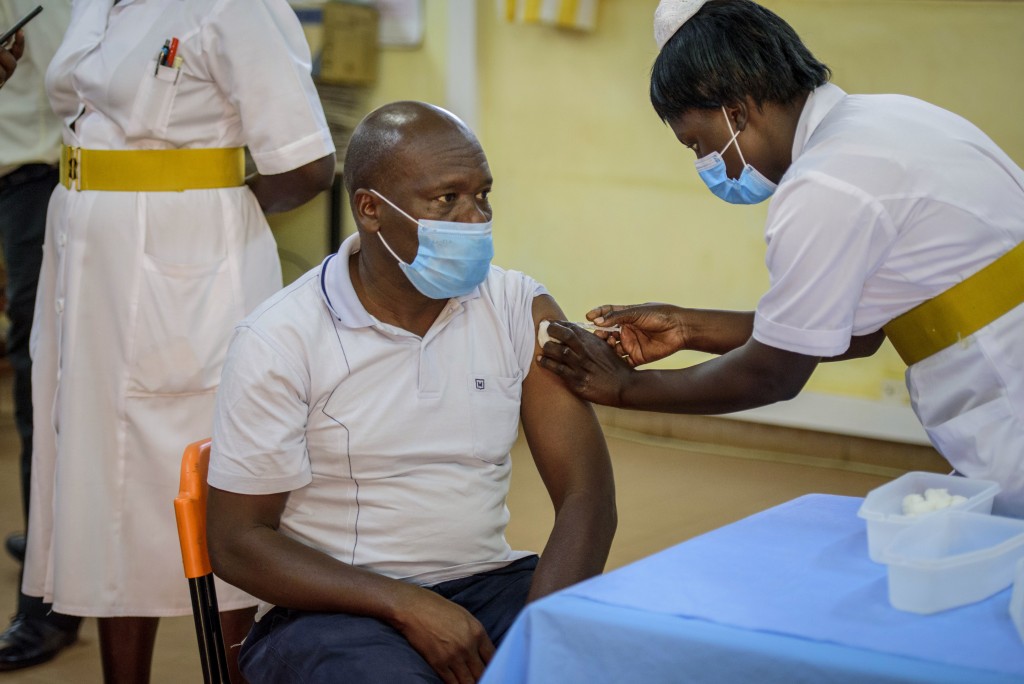 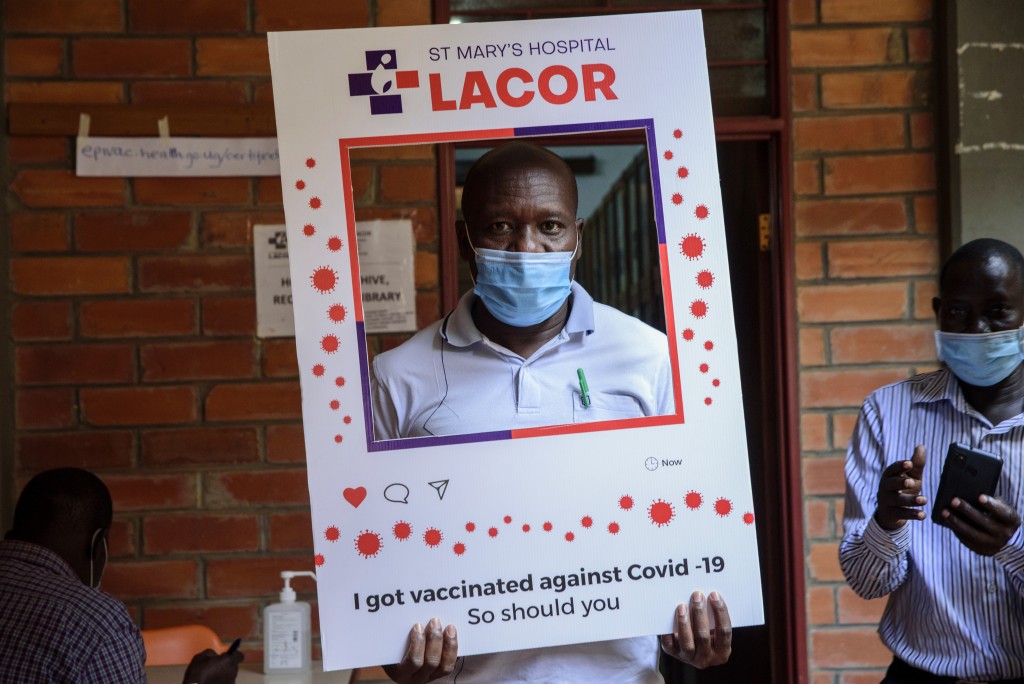 GULU, Uganda (AP) — The light bulb hanging from the ceiling flickered on and off, infuriating the technician in this remote Ugandan town as he checked the refrigerators filled with vaccine doses to confirm they were still working.

If the power supply didn’t stabilize, he said, he would have to requisition fuel and start the generator.

“It keeps going on and off, like a disco light,” said the technician, Tony Elong. “This is our biggest problem. ... If I am not here and power is off for many hours, we are likely to lose the vaccines. It needs a timely response.”

Power failures are rampant in northern Uganda's Gulu district. For Elong the problem is urgent; two fridges were destroyed by power outages this year. It's among the many logistical issues facing health officials as they expand COVID-19 vaccination into rural areas with the arrival of substantial doses in the previously vaccine-starved nation.

Gulu, home to 325,000 people, has given out about 9,000 doses, with only 2,795 people fully vaccinated. The district had 30 AstraZeneca doses and 300 Chinese-made Sinovac ones as of Sept. 23, an artificial shortage in a country with a growing vaccine stock of millions of doses.

In recent days, Uganda has received more than 2.2 million doses — including Pfizer and Moderna — from the United States, as well as 985,000 AstraZeneca shots from France, Belgium and Ireland.

A total of 11,978,840 doses — donations and purchases via the African Union — are expected in Uganda by December, President Yoweri Museveni said last week. But Uganda’s central storage facility near the capital, Kampala, can only hold 5 million doses of the Pfizer vaccines requiring ultra-low temperatures, and some rural areas like Gulu aren't equipped to handle either the Pfizer or Moderna shots.

As supply grows, officials are trying to whip up enthusiasm for vaccines in rural districts where many, citing safety fears, would rather wait.

John Nkengasong, head of the Africa Centers for Disease Control and Prevention, told reporters last week that while some African countries such as Rwanda and Zimbabwe are “doing well” in rolling out vaccines, others like Uganda are struggling, and the agency will be looking to community and religious leaders for help.

Health systems in Africa are among the poorest in the world, plagued by chronic shortages of essential supplies, corruption and an unmotivated workforce. In Nigeria, Africa's most populous nation, those challenges are exacerbated by insecurity, with vaccine distribution in rural areas, especially in the country’s volatile north, crippled by the threat of violence. Only 3% of Nigeria's 200 million people have received their first dose.

In Uganda, an East African nation of 44 million, authorities have ramped up vaccination in the Kampala area, but efforts have largely stalled in rural districts such as Gulu, hampered by hesitancy as well as refrigeration and other distribution problems.

Museveni said last week that officials face dismissal in rural areas, which now account for most of the country's 268 COVID-19 hospitalizations, if vaccines expire under their watch.

“We are literally dancing around," said Dr. Misaki Wayengera, head of a committee advising Uganda's pandemic response, speaking of the slow vaccine rollout.

The government rations doses to districts based on demand expectations, and supplies aren't replenished until officials account for doses they previously received.

As a result, shortages stemming from delays in reporting back vaccination data can occur.

“The demand is there,” said Dr. Kenneth Canna. “But right now what is bogging us down ... is availability of the vaccine, both in the urban setting and in the rural setting.”

Associated Press journalists reached a remote area of Gulu where a health center without running water had the district’s last supply of 30 AstraZeneca doses. Because a vial contains seven doses that must be accounted for, vaccines aren't distributed until seven people are in line. So people come and go without a getting a jab.

“You can’t open the vial when the people are few. If people are few, you will be wasting the vaccine,” said Okello Labedo, a clinical officer in charge of the Awach health center, speaking through a frayed mask. “The turnout among the elderly is very poor. I think it is because of the distance.”

Amos Okello, a farmer who had waited several hours under a mango tree, expressed disappointment he would be going home without a shot after traveling many kilometers on a rented bike.

“They said, ‘If you come alone you cannot get the vaccine,’” Okello said. “I can’t go and force someone from his home to come here and get the vaccine.”

While it's “important for me to get the vaccine, tomorrow I might not be able to come back," he added.

Patrick Okot, a commodities trader in Gulu who received his first AstraZeneca shot in May, said he considered traveling to another district for the second one, but is discouraged by the cost.

“You might go there and you find that they also don’t have vaccines,” he said.

Uganda’s goal is to vaccinate 4.8 million of its most vulnerable people — including those age 50 and above — but so far 348,000 are fully vaccinated, according to official figures. And only 37% of the country’s 150,000 health care workers are fully vaccinated, highlighting the slow rollout that led authorities to begin vaccinating students and others in a bid to prevent the expiration of doses.

Authorities have warned schools won't reopen until all teachers and staff are fully vaccinated, a mandate that briefly caused lines at rural vaccination sites. Yet many came hoping there would be no doses, underscoring hesitancy in the aftermath of reports of rare blood clots in a small number of people getting the AstraZeneca vaccine.

“The pressure is now bringing them,” said Lily Apio, a nurse in charge of immunization at the Aywee health center just outside Gulu town.

Alfred Akena, a schoolteacher waiting to get the Sinovac vaccine, said he was compelled by the government mandate to get the shot but he urged his wife not to, citing safety concerns.

“They put pressure on us, so today I came to get vaccinated,” he said. “I told my wife, ‘Let me first go.’ When the worst comes to the worst, she will take care of my children.”

That view was echoed by college student Onen Richard, who spoke of vaccination as “just like school rules and regulations” that he didn’t think were in his “interest.”

That morning, after six men had signed consent forms, Apio informed them only five Sinovac doses were available.

One of the men quickly stood up and left.

Chinedu Asadu in Lagos, Nigeria, contributed to this report.