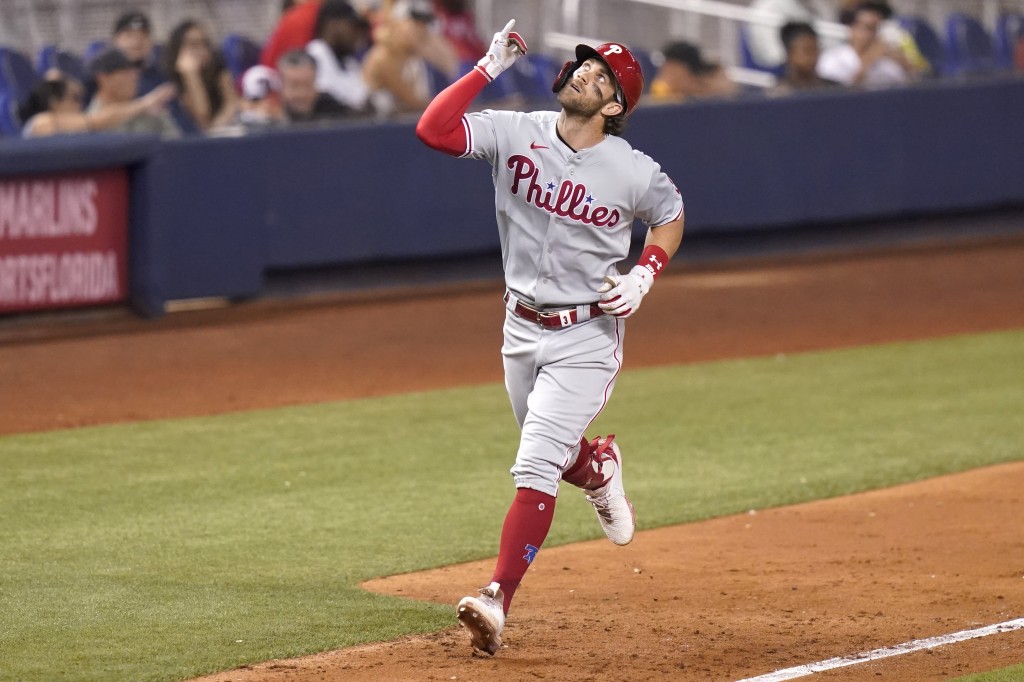 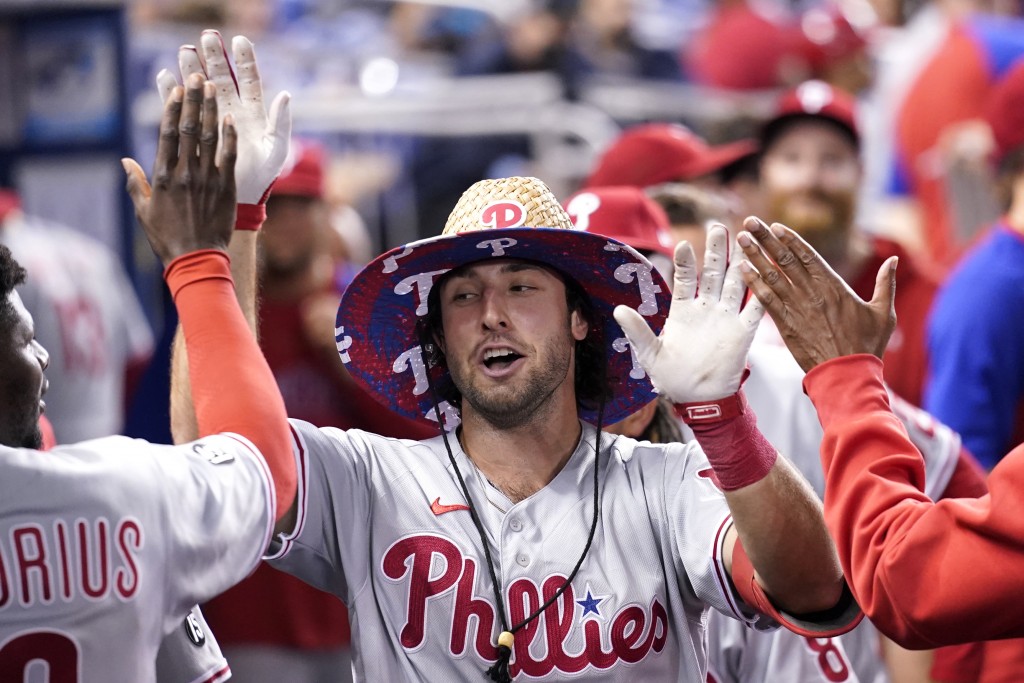 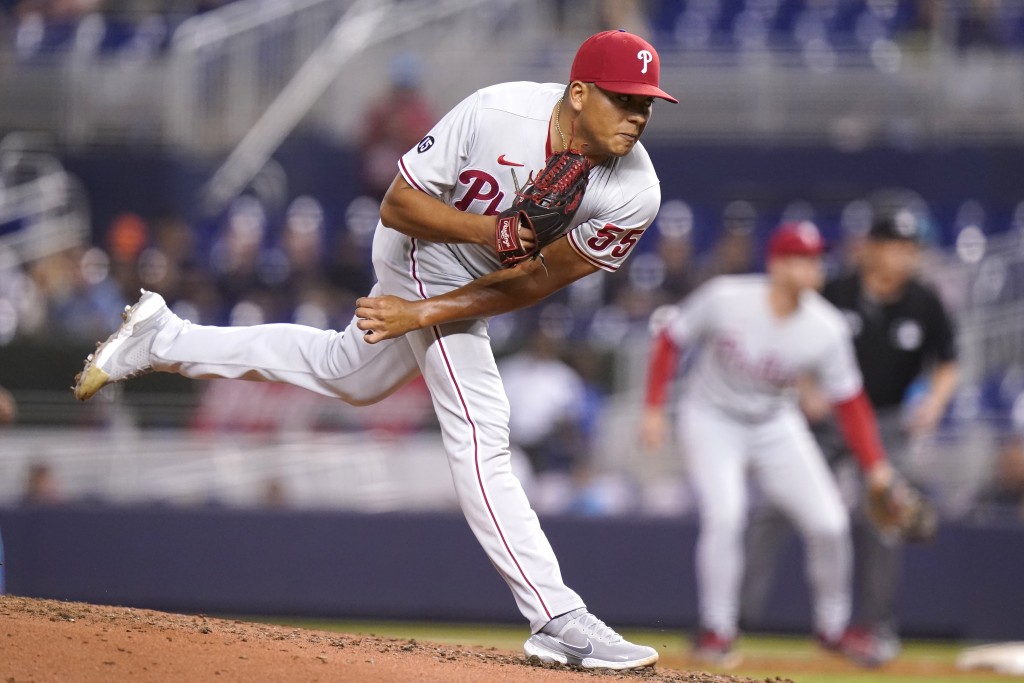 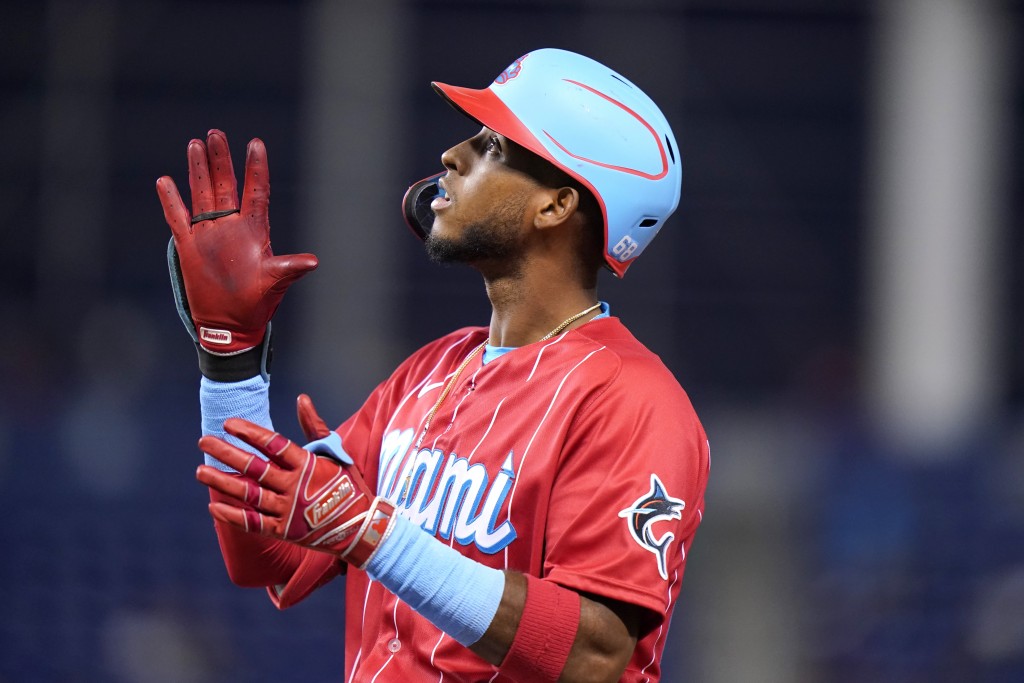 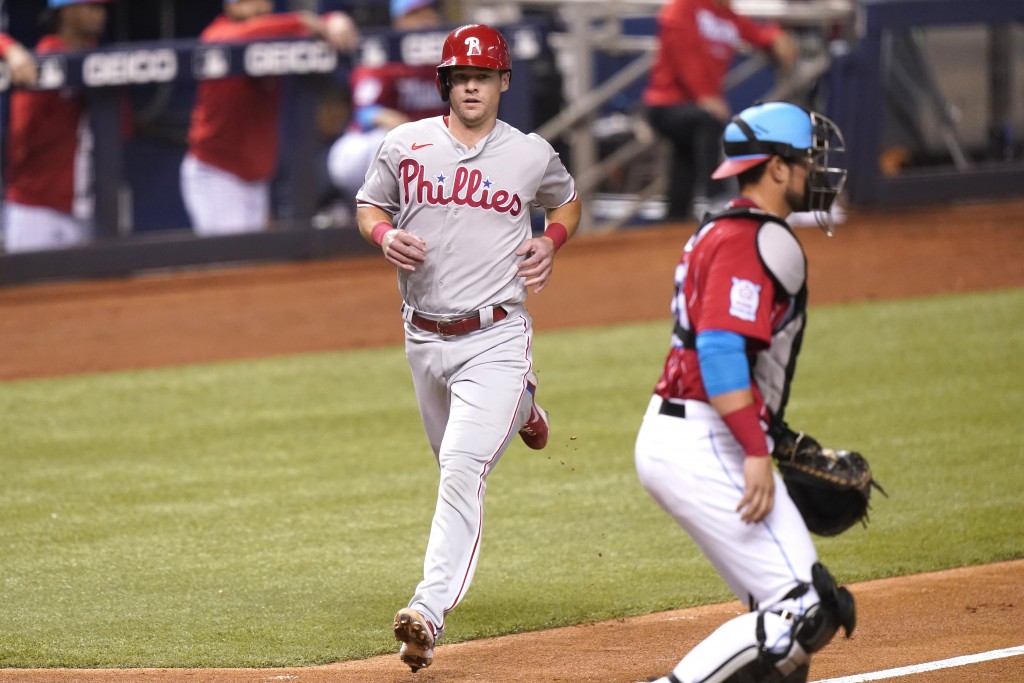 Harper, who went hitless in 11 at-bats during three losses at Atlanta that eliminated the Phillies from the NL East race, broke out of his slump with an RBI double in the third inning against Sandy Alcantara. As he reached second, Harper rolled his left ankle and briefly limped while he was visited by team trainers, but he remained in the game.

“I wasn’t paying attention to where the bag was, slipped over it and kind of rolled it a little bit,” Harper said. “I’m good.”

Putting the finishing touches on a possible MVP season, Harper hit an opposite-field solo homer off a 99 mph fastball from Alcantara (9-15) in the fifth. But he's still smarting over his performances against the Braves.

“On a personal note, after those three games, I felt like I let my team down, I let the city of Philadelphia down,” Harper said. “But also with that, we ran into some really good pitching and that sometimes happens.”

The Phillies (82-78) assured themselves of a winning season, their first since 2011, while the last-place Marlins have lost nine of 10.

“It was gut-wrenching what we went through in Atlanta,” Phillies manager Joe Girardi said. “But to finish above .500 is important and we need to build on that.”

Suárez (8-5) scattered six hits, struck out eight, walked one and hit a batter as he extended his scoreless streak to 21 innings and lowered his ERA to 1.36. The former reliever has allowed two runs or fewer in each of his last eight starts.

“Like I always say, you strive to do the most you can,” Suárez said. “My teammates helped me tremendously. It was a great season and I appreciate my teammates’ support.”

Odubel Herrera had a run-scoring single ahead of Harper’s double in the third, and Didi Gregorius drove in the third run with a sacrifice fly.

Matt Vierling hit a pinch-hit solo homer to lead off the ninth.

“Ranger has been pitching well it seems all the time,” Marlins manager Don Mattingly said. “He kept us off balance pretty good.”

Alcantara was lifted for a pinch-hitter in the fifth. The right-hander gave up four runs on five hits and struck out six. He finished the season with 201 strikeouts in 205 innings, becoming the fifth pitcher in Marlins history to reach 200 in both categories.

“I feel happy and blessed doing that,” Alcantara said. “I knew coming in I needed five more strikeouts to get to 200. Inning by inning I was looking for it.”

Zack Wheeler’s turn in the rotation Sunday will be used by another starter. In his second year since joining the Phillies as a free agent, Wheeler finished 14-10 with a 2.78 ERA. The right-hander led the NL in innings pitched (213) and his three complete games were tied for the league lead with St. Louis' Adam Wainwright and Colorado's German Márquez.

“After discussions with everyone involved in the organization, we think it’s best that his season stops,” Girardi said. “He’s thrown a lot of innings. He did more than anyone can ask. Next year is really important to us and I don’t see any reason to run him out.”

Marlins rookie left-hander Trevor Rogers, the club’s NL All-Star representative, will not make his scheduled start on Sunday, Mattingly said. After winning seven of his first 10 decisions, Rogers finished 7-8 in 25 starts and 137 innings. The 23-year-old last won on June 10.

“If Philly were still in (the playoff race) and it meant something, then Trevor wanted to pitch,” Mattingly said. “For a young starter in your organization and the position that we’re in, the one thing that you would feel totally awful about is if something were to happen to him.”

The Marlins recalled OF Brian Miller from Triple-A Jacksonville and purchased the contracts of IF Deven Marrero, RHP Preston Guilmet and RHP Andrew Bellatti from the club. IF Joe Panik and RHP Luis Madeiro were designated for assignment.

Phillies: IF Jean Segura (sore back) was kept out of Friday’s game but Girardi said he could return to the lineup before Sunday’s finale.