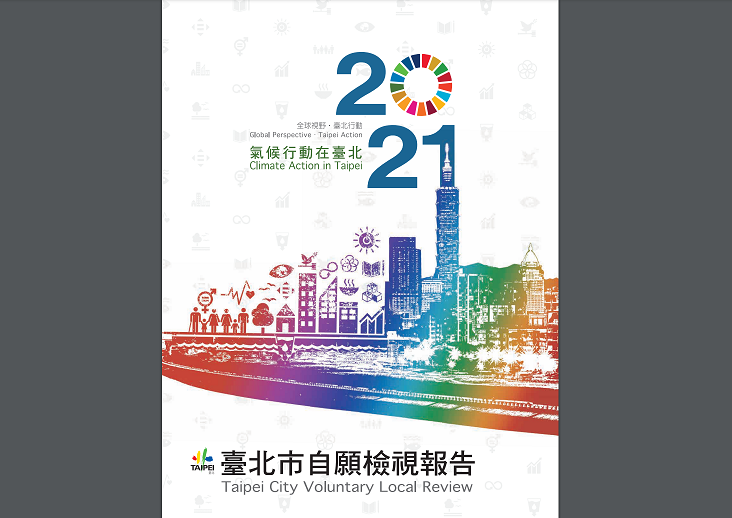 Taipei presented its VLR to fellow member cities in countries such as South Korea, the Philippines, Cambodia, and Cameroon. Also in attendance were experts from over 13 countries, non-governmental organizations, and climate activists, sharing its experience in promoting urban sustainability and implementing relevant policies. The environmental aspect includes review of programs such as the long term “Taipei City Clean Air Action Plan” that deploys low pollution, green transportation, and regional cooperation strategies, as well as the “Taipei Street Trees 15-Year Vision Plan” that aims to plant and maintain trees on streets for a better ecosystem. Other programs reviewed include electric scooter subsidies and the planned transition of 3,500 internal combustion engine buses to electric by 2030.

The economic facet focused on transitioning to a circular economy, and reviewed programs such as the “Subsidies & Incentives for Taipei Industry” that encourages small- and medium-sized enterprises (SMEs) to transition to a circular economic system. The “Solar Taipei Program,” on the other hand, joins public and private efforts in building solar-power systems at locations such as social housing, schools, and official entities.

In 2020, Taipei City worked with the Homemakers United Foundation to build Taiwan’s biggest civil power station in Guandu, with a capacity of 19.8 kilowatts. By 2030, the total solar-power capacity in Taiwan will reach 66 megawatts.

The social facet reviewed policies pertaining to disaster-prevention and leftover food distribution. These include the establishment of the “Taipei City Disaster Prevention Info Website” and the “Taipei City Disaster Prevention App” to provide updated information to the public; disaster prevention personnel training and certification; the “Food Exchange Platform,” a collaborative project between the government and local markets to facilitate the redistribution of leftover food; and other food-saving education and promotion activities. Aside from the presentation at the Yeosu Summit, the 2021 Taipei City VLR will also be made available on the public VLR platforms of the Institute for Global Environmental Strategies (IGES) and United Cities and Local Governments (UCLG). The Taipei City Department of Environmental Protection (DEP) said Taipei is currently planning a route toward the Net Zero by 2050 goal, and will continue to reference the experience of cities worldwide that are also transitioning to become more eco-friendly.

According to the DEP, the UEA currently has 156 member cities and has held biennial summits since 2011 to promote the exchange of sustainable development progress and results between members. Taipei City joined the UEA in 2005, and in 2021 it joined communities around the world in setting 2050 as its target date for zero emissions.

Meanwhile, the SDGs are a set of global goals designed by the U.N. as a “blueprint to achieve a better and more sustainable future for all.”

Since Taipei adopted the SDGs, Taipei has striven to meet targets even despite the COVID-19 pandemic as other countries struggled to adhere to them, per an earlier report. Taipei did so by creating SDG-compliant COVID prevention measures, such as making face masks mandatory early in the pandemic and offering remote-learning platforms to facilitate education during quarantine or school closure.