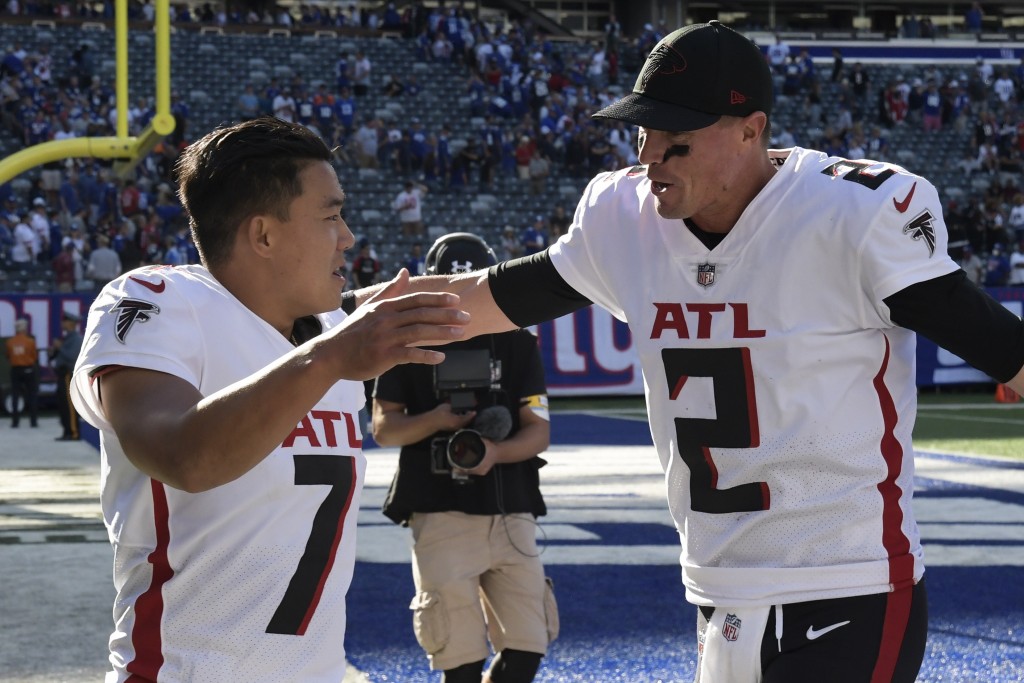 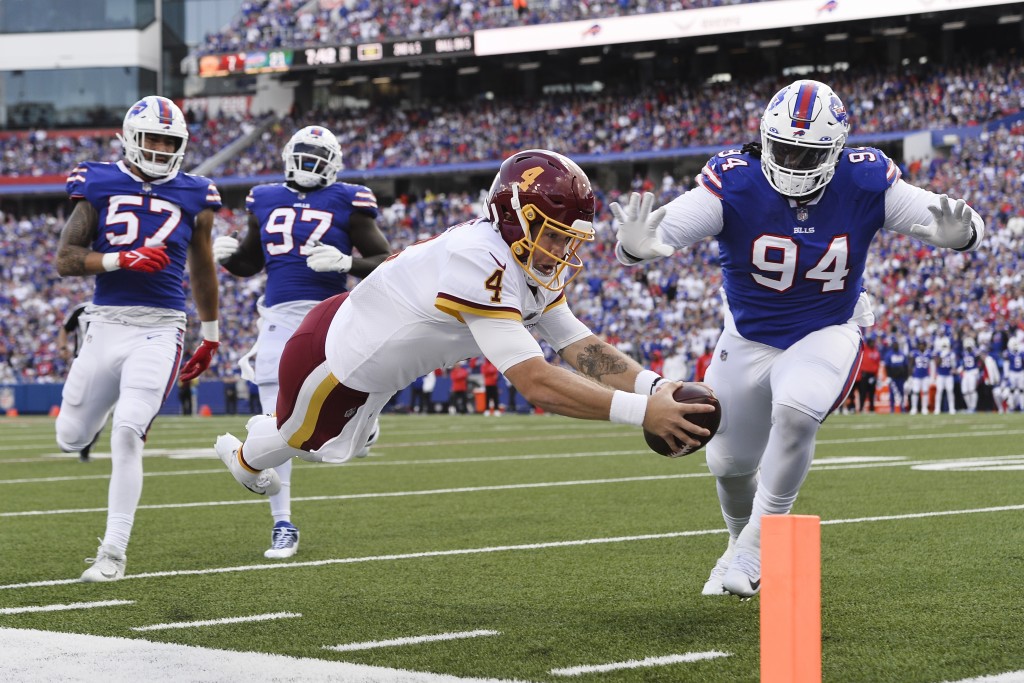 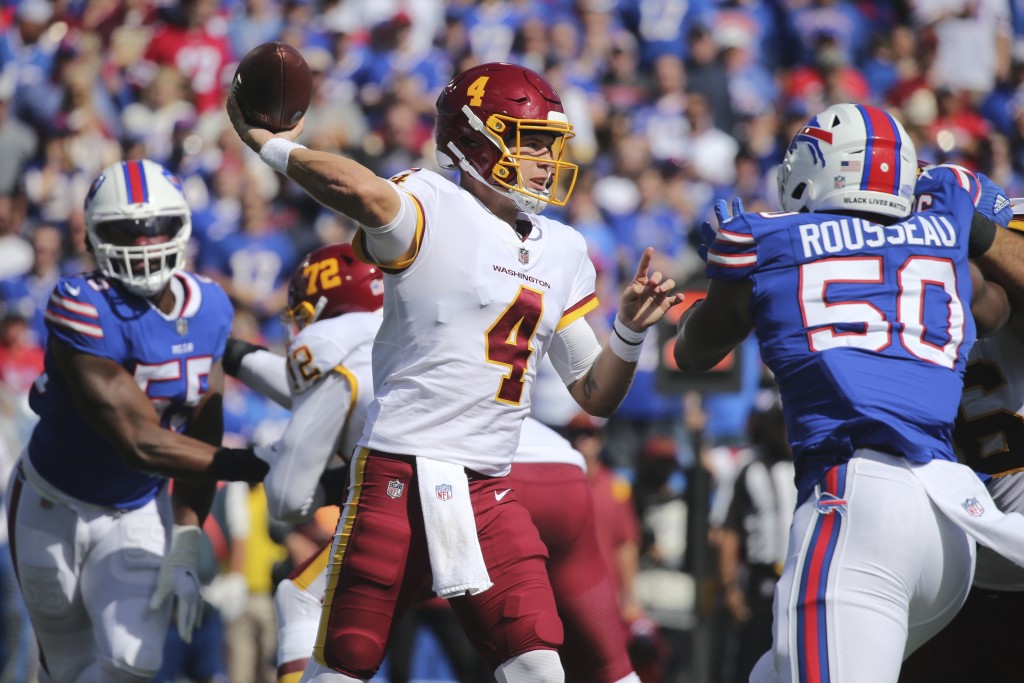 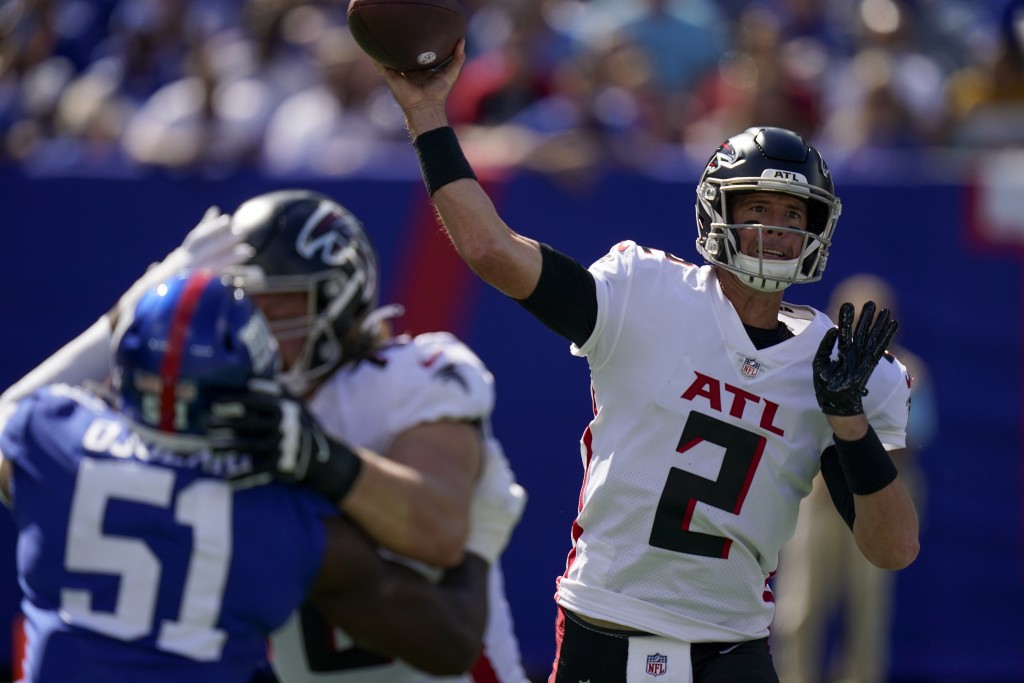 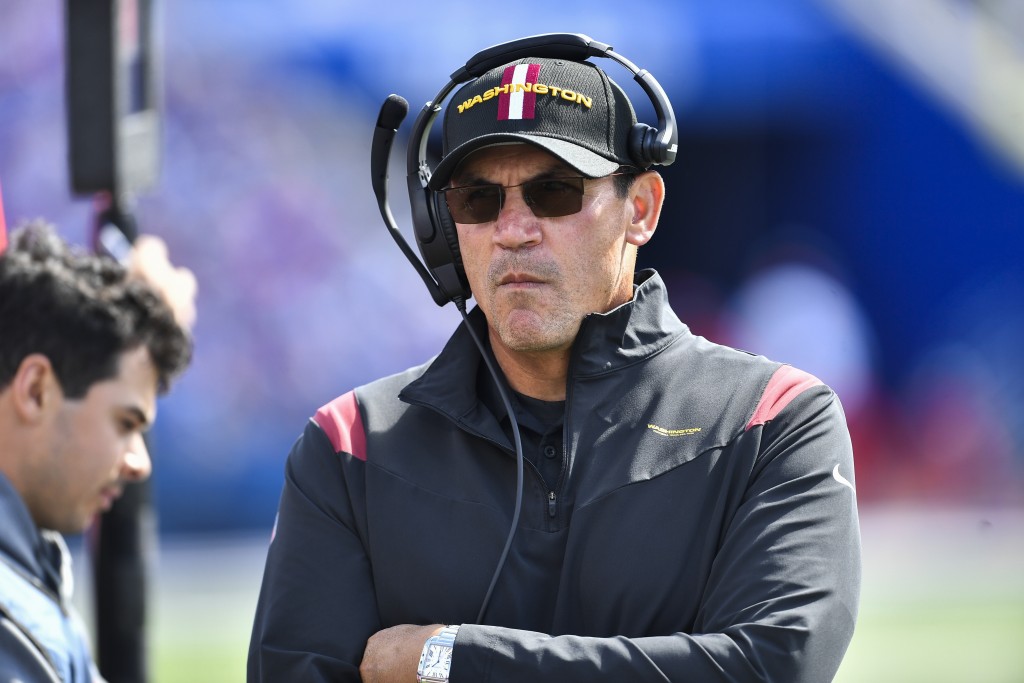 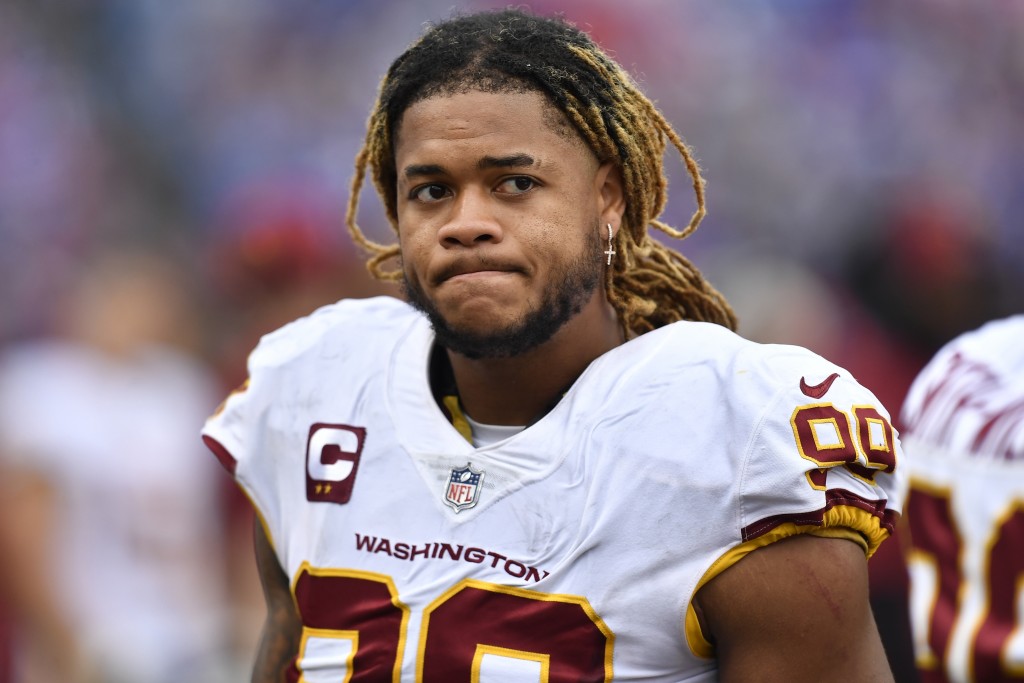 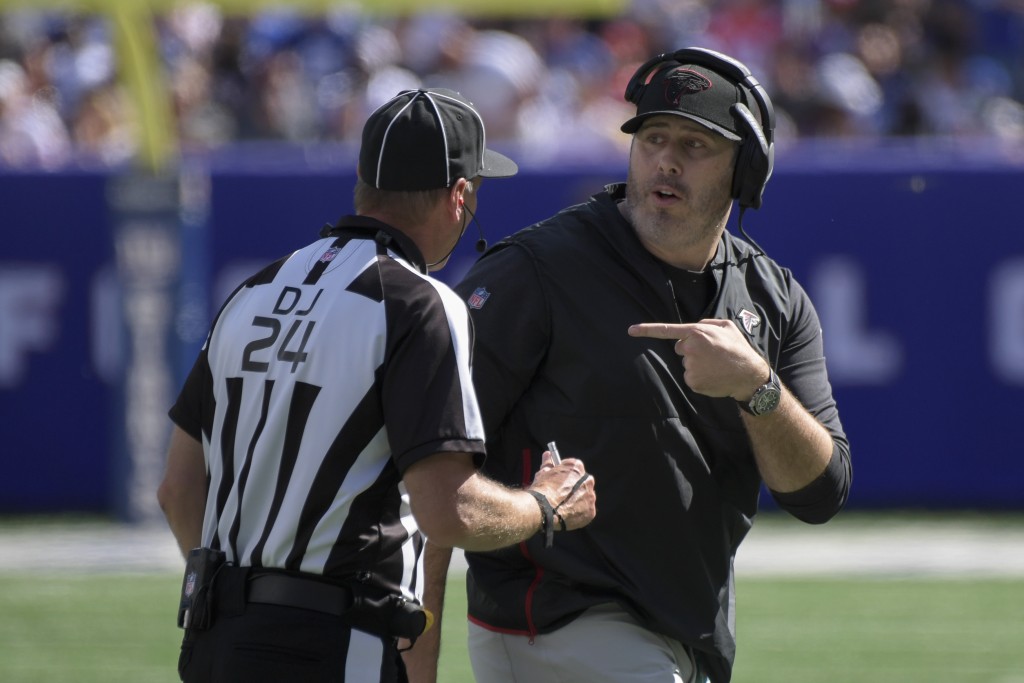 Coming off his first win as an NFL head coach, Smith wants to bring some much-needed good vibes to an Atlanta Falcons franchise that has endured plenty of heartache over the years, not unlike the TV show's fictional English soccer team.

For that matter, the Washington Football Team could use some of Lasso's positivity.

The Falcons (1-2) host Washington (1-2) on Sunday in a matchup of teams that are fortunate to have the woeful New York Giants in the same league.

The winless Giants have served up the lone win for both teams.

At Smith's midweek news conference, a hand-written “Believe” sign had been taped to the wall. On his way out of the room, Smith tapped the sign twice, just as Jason Sudeikis' character does on “Ted Lasso” to motivate his downtrodden team.

At least Smith has something to build on this week.

After two lopsided losses, the Falcons pulled off an ugly 17-14 victory over the Giants. Younghoe Koo won it with a 40-yard field goal as time expired.

“It’s important, because you don’t want to keep coming in on Monday” trying to rationalize losses, Smith said. “At least you've got something to break through and say, ‘Hey, look, here’s what happens when we play together and we’re able to finish the game.’ Clearly, we’ve got a ton of work to do ... but it is I guess refreshing, and you do want that to pile up because that momentum is real.”

Washington is coming off an ugly 43-21 setback to the Buffalo Bills, who ripped apart a defense that was supposed to be a strength for coach Ron Rivera's team.

The Bills put the game out of reach with a 93-yard, 17-play touchdown drive to start the second half, devouring more than half of the third quarter.

Rivera said this game will determine “whether or not we’re resilient, whether or not we can put things behind us, we can learn from what happened in the past and use it going forward.”

“It’s an opportunity for us to take a step,” he added. “It’s going to be a very competitive game. Both teams are in the same situation.”

Beyond the Ted Lasso motivational tactics, some things to watch for when the Falcons face the Washington Football Team at Mercedes-Benz Stadium:

Washington's Taylor Heinicke will surely hear some cheers on Sunday, even though he's the visiting quarterback.

Heinicke is a native of suburban Atlanta and will have plenty of supporters in the stands.

“They’re a big part of who I am today and you know why I’m here," he said. "It will be really cool to go out there, hopefully put on a good show, go get a win. It’ll be good to get a win in front of those guys.”

Asked what kind of quarterback he was at Collins Hill High School, Heinicke quipped, “Small, weak arm, slow. I had a bunch of good receivers, so they made me look good.”

Falcons quarterback Matt Ryan is still getting a feel for Smith's offense, especially when it comes to pushing the ball down the field.

Ryan has completed nearly 71 percent of his throws, but he's averaging just 235.7 yards per game through the air. Over the past decade, he averaged 287 yards passing.

“Even when you have a lot of the same guys, every team is different. Your identity and who you become is different. It takes some time to sort through that," Ryan said.

“I think that we’re growing toward who we wanted to become. We’re not there, we got a lot of hard work in front of us to get there, but we’re working toward that.”

Cordarrelle Patterson drew little attention when he signed a one-year contract with the Falcons in the offseason.

He's quickly become the team's most dangerous offensive weapon with his ability to line up at multiple positions. He has 13 catches for 153 yards, 85 yards rushing on 21 carries, and a 23-yard average on four kickoff returns.

Washington’s defense that ranked second in the NFL last season and came in with high expectations has struggled through the first three games. It was burned for 481 yards by the Bills.

A big concern is the lack of a dynamic pass rush, even with a defensive line full of first-round picks.

Reigning AP Defensive Rookie of the Year Chase Young has yet to get a sack, Washington is counting on him and Montez Sweat to create more pressure and take the edge off the secondary, which has been exploited in a big way so far.

Coach Ron Rivera wants his young edge rushers to stay the course and rely on what they do best.

“That’s one of the things that we’ve talked about as a team is when things get tough, you got to go back to your base fundamentals,” Rivera said. “The things that they do best it’s using their speed and strength and their quickness more so than it is to try and be cute or something like that."