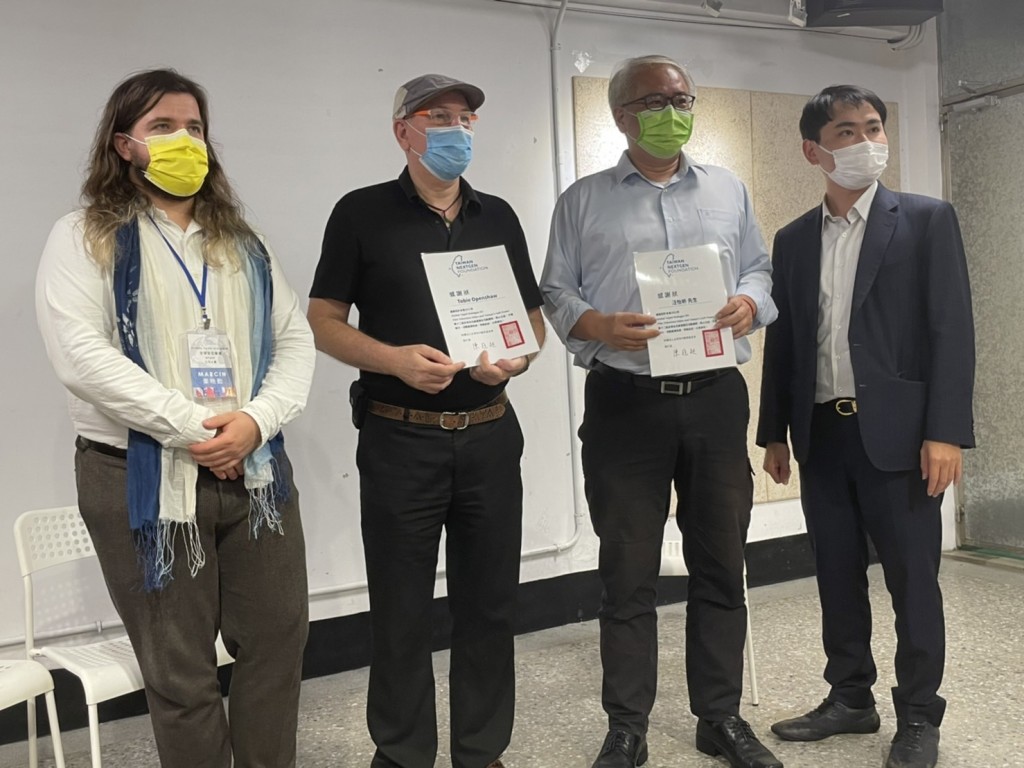 Wang, who has worked for 31 years in Taiwan’s film and television industry, said Taiwan has formed the habit of asking, “Can Taiwan do this?” whenever Korean films (such as “May 18” and “A Taxi Driver”) depicting democratic movements become box office hits. “Stop asking; there is no chance within the next ten years,” he said with a chuckle.

According to Wang, South Korea dedicated the entire nation’s resource to “train” its entertainment industry over a 20-year period, copying Hollywood’s production model. The question Taiwan should be asking right now should be, “Can Taiwan copy South Korea?”

"No instant fix to the problem"

Wang believes the best story to come out of Taiwan so far is the country’s democratic story, as Taiwan set an extraordinary example by transitioning to a democracy without bloodshed. Another aspect of Taiwan that draws attention from international audiences is how Taiwan survives and even flourishes right under China and the Chinese Communist Party's (CCP) nose.

That is something that Taiwan can leverage, especially under the current sociopolitical circumstances, according to Wang. Yet he said there is no use if the story only seems unique to Taiwan. The world has now realized that “globalization” is not the only thing that matters; one must localize before globalizing.

Taiwan's television networks and production companies are obsessed with fighting over government resources, while citizens and filmmakers have always felt inferior. Wang said this feeds into Taiwan’s desire to achieve instant international success.

Yet there is no instant fix to the problem Taiwan’s entertainment industry faces, as South Korea has shown us, according to Wang. He compared Taiwan’s director-dominant filmmaking system to handicrafts, while countries with industrialized entertainment sectors, such as the U.S., South Korea, and Japan have complete supply chains.

Before Taiwan’s entertainment industry is mature enough, no matter how much money is invested, high-budget projects will not work. Once the industry has had enough practice and grown, there will be no need to worry about the lack of high-budget projects, for they will occur naturally.

“Seqalu: Formosa 1867” (斯卡羅), for example, was a “practice attempt” that cost NT$25 million (US$9 million), said Wang. Though audiences eagerly welcomed the show, their reviews for the show were mixed to negative.

“We must not be naive about the industry’s reality,” Wang said, “but we can hold expectations.”

One of the first changes that needs to occur in Taiwan’s entertainment industry is that creators need to be respected and make enough money to survive, he said. Taiwan must return to ground zero and patiently build its foundation by accumulating experience and resources.

The forum’s second speaker, Tobie Openshaw, is a South African filmmaker who has worked as a photographer and videographer in Taiwan for more than 20 years.

In his experience of working on international projects in Taiwan, one of the first observations he made was that they all centered strictly on “safe subjects.”

“Anything controversial, anything to do with politics, anything to do with the ‘great power’ across the Strait was not to be touched,” said Openshaw. He did many projects for big names including National Geographic and Discovery, about “very simple, unusual, quirky things about Taiwan, but with very little context.”

Those projects did little to promote Taiwan, as at that time, the world was not yet familiar with Taiwan and would still often confuse the country with Thailand.

When Openshaw’s documentary about Taiwan’s “betel nut beauties” blew up and finally attracted international media, he realized that some foreign media companies did not have good intentions. Though he tried to protect the women from being exploited, a media company still made a show just to make fun of Taiwan. Give voice to Indigenous filmmakers and "the little guy"

Openshaw, a fan of Taiwan’s Indigenous cultures, said that in terms of Indigenous representation in Taiwan cinema, “Seediq Bale” (賽德克巴萊) was the first project to give Indigenous characters agency, making it a landmark Taiwan film.

However, he pointed out the scarcity of Indigenous filmmakers in Taiwan, saying it is something that should change. Taiwan should create more opportunities for Indigenous filmmakers to train and work on productions, and learn from New Zealand’s Maori people, “who have embraced filmmaking as a natural extension of their storytelling abilities.”

Openshaw is also involved in grassroots initiatives that nurture film talents. He founded the Filmmaker Nights Taipei, which gathers filmmakers in meetings and workshops to exchange views, as well as the Short Film Development Program, after the Taipei 48 Hour Film Project discontinued due to lack of funding.

For the Short Film Development Project, Openshaw gathered a collective to select and produce short films, which later found success in the Urban Nomad Film Festival. Nonetheless, “without some kind of funding, it is (very) hard to sustain this kind of (initiative),” said Openshaw.

One other issue Openshaw touched upon about filmmaking in Taiwan was the lack of official assistance and the difficulty getting it. He recalled the production’s struggle to get a letter of approval from the Tourism Bureau for the director for a Channel 5 project.

According to Openshaw, the Tourism Bureau kept stalling, and even tried to designate “a list of things to cover,” to which he responded, “This is an international documentary series that has a very specific brief and (structure) and you want to tell them what they have to cover?”

He said film commissions in Taiwan promote big projects such as “Seqalu: Formosa 1867” and “Island Nation,” and welcomes international productions — “but for the little guy, it’s really, really hard … they don’t want to talk to you.”

Openshaw recalled that when he reached out to the Taipei Film Commission to ask “a simple question” about who owned a particular facility, he was asked to submit a proposal for review and wait two weeks for an answer.

Regarding Taiwan’s soft power, Openshaw said nowadays international news has changed a lot and people are much more aware of Taiwan. Also, many foreign journalists from major media companies are now stationed in Taiwan.

He said he worked on an Australian Broadcasting Corporation (ABC) story about Taiwan’s democracy, which was eventually published on the day China celebrated the CCP anniversary. “If that is not soft power, I don’t know what is,” he said.

Other issues such as Taiwan’s legalization of same-sex marriages and its COVID-19 response have also been covered extensively by international media, added Openshaw. If Taiwan takes this momentum and runs with it, then audiences worldwide will become much more aware.

Podcasts will be the next big thing as a medium, according to Openshaw. “Podcasting is the next thing for reaching a wider audience, it’s simple to produce, it’s cheap to produce,” he said. 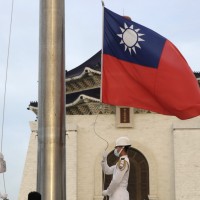