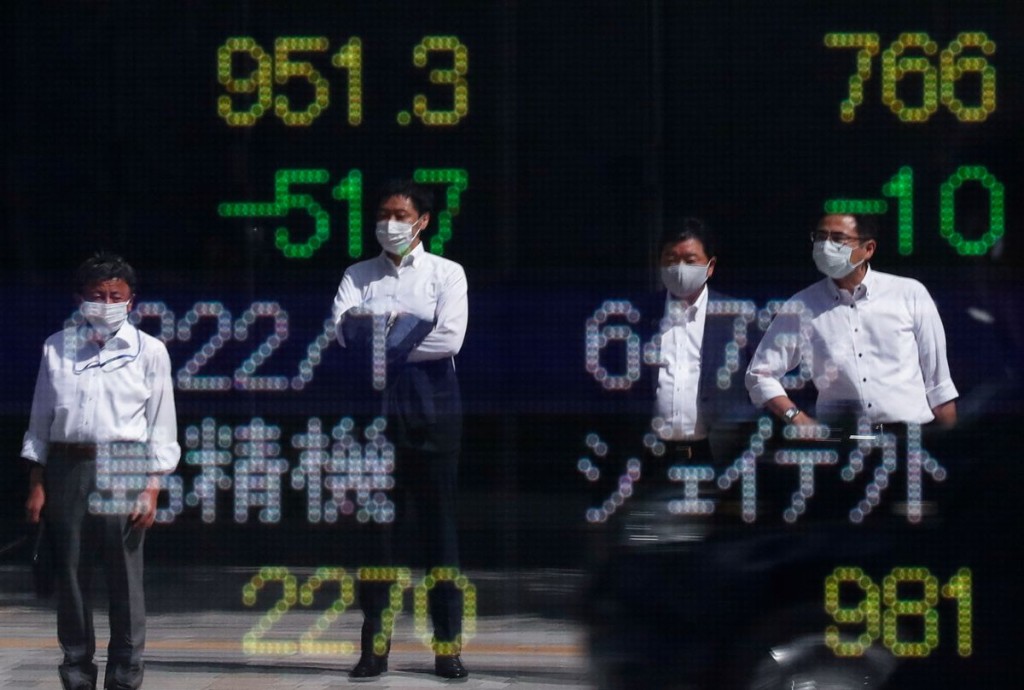 Asian shares found some calm on Thursday following this week's heavy China-driven losses although the dollar sat at a more than one-year high against major peers, upheld by lingering safe-haven demand and expectations for tighter U.S. monetary policy.

Worries about economic growth in China due to a worsening power crunch combined with fears of a global slowdown, hitting Asian shares on Wednesday.

However, the dollar index - which measures the U.S. currency against six major currencies - hit its strongest level in nearly 18 months against the yen and in 14 months against the euro. It held these gains in Asian hours, and was last at 94.314.

"(The dollar) is breaking key levels and there was no real resistance to the break so that tells you there was real underlying strength to that," said Chris Weston, head of research at Melbourne brokerage Pepperstone.

"Sometimes, it can become somewhat of a magical currency," he said, pointing to the fact that it was supported by both global investors seeking safety and the Fed inching closer to reducing its massive asset purchases.

In addition, "the ongoing U.S. debt ceiling stand‑off could briefly amplify financial market jitters and support the USD in the short-term," said analysts at CBA in a note.

U.S. lawmakers continue to wrangle over funding the government but face a Friday deadline to prevent a shutdown approached, something that also capped gains in U.S. equities overnight.

In Asian equity markets, Hong Kong stocks (.HSI) fell 1% but these were largely balanced by a 1.1% rise in Australia (.AXJO).

"It is likely that the power crunch in China will persist until end-2021, as the local governments are under pressure to fulfil emission reduction goals for this year," said Chaoping Zhu, Global Market Strategist, J.P. Morgan Asset Management in emailed comments.

"Investors might remain cautious on China’s corporate earnings (in the fourth quarter). Meanwhile, the volatile global market is expected to further weigh on investor sentiment in the near term."

The other main drag on investor sentiment in greater China was embattled developer China Evergrande (3333.HK), whose shares swung back and forth, and were last down 2.2%

The company was due to pay interest on a dollar bond on Wednesday, but Reuters reported that some offshore bondholders had not been paid interest by the end of the Asian day.

Spot gold traded at $1,731.99 per ounce, near a seven-week low, constrained by a strong dollar.