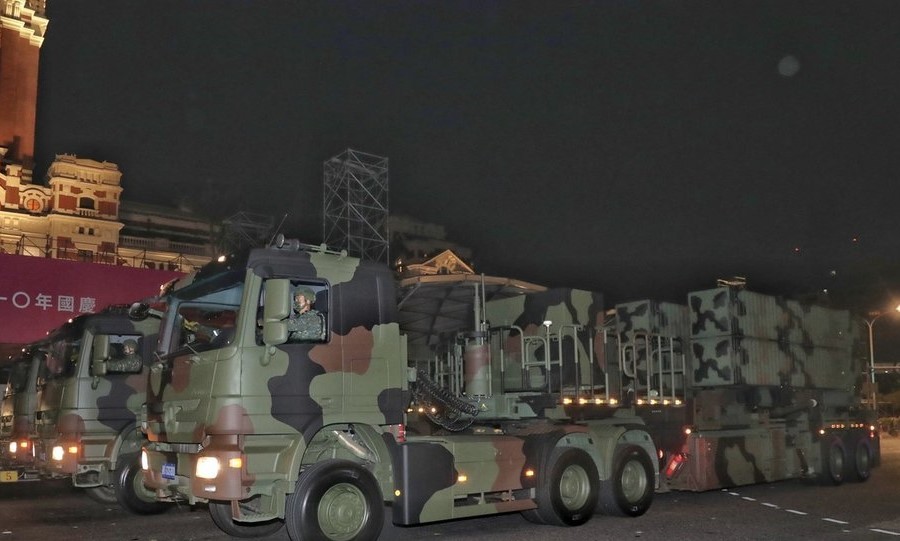 TAIPEI (Taiwan News) — The Army held a National Day rehearsal early Thursday morning (Sept. 30), with a total of 170 military vehicles passing through the plaza in front of the Presidential Office.

Biological threat-detection and heavy-duty disinfection vehicles from the Army’s 33rd Chemical Warfare Group, armored vehicle-launched bridges from the 53rd Engineer Group, Thunderbolt 2000 rocket launchers from the 21st Artillery Command, and variants of the Clouded Leopard armored personnel carriers participated in the rehearsal as well, per CNA.

Additionally, the military and the Ministry of the Interior’s Air Service Corps conducted a scaled-back rehearsal on Tuesday (Sept. 28) and a full-scale one on Thursday morning. It will carry out two more practice runs on Oct. 5 and 7.