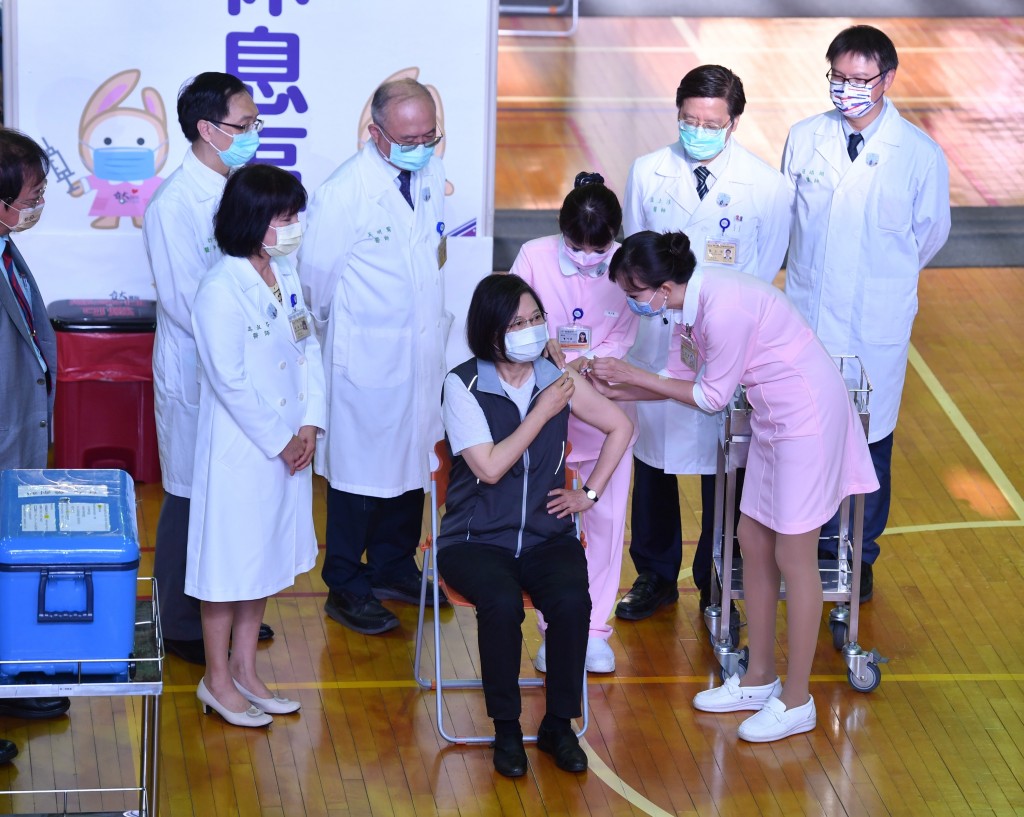 Once the president arrived at 7:13 a.m., she checked in at the front desk, and a nurse confirmed that she was to receive her second dose. The nurse then took Tsai's temperature to verify that she did not have a fever, and the president completed the required paperwork and signed her name. An NTUCM physician then asked Tsai whether she had experienced any discomfort recently or any side effects after the last injection. Tsai said that she had not, other than slight soreness at the injection site.

The doctor said the president was well-suited to receive the Medigen vaccine and that any side effects will not impact the effectiveness of the jab. Tsai then joked, "but don't give this to me all the time." Before and after the dose was unpacked, the nurse presented it to the media. The nurse then rolled up Tsai's sleeve, disinfected her arm, and delivered the injection.

After the inoculation, the president showed her completed yellow vaccination card to the media. She then gave the OK gesture before departing the facility.