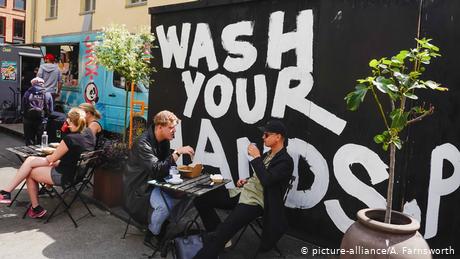 Seen from the outside, all Scandinavians seem to resemble each other: very progressive, accustomed to affluence and a high standard of living, and they pay extremely high taxes on beer. But all this is, of course, nonsense. In reality, there are differences between individual Scandinavian nations that run as deep as a Norwegian fjord.

It starts with the fact that Scandinavians don't see eye to eye among themselves. If you talk to a Dane, you will hear, without being asked, that the Swedes are arrogant. The Swedes in turn consider the Danes to be eccentrics. Both are united by a common envy of the newly rich Norwegians because of their huge oil and gas deposits.

Model of the responsible citizen

What makes things even more complicated is that there is a grain of truth in the stereotypes and prejudices. For example, the Swedes developed their own, distinctive model of responding to the COVID-19 pandemic. It wasn't politicians who decided what to do about the insidious disease. They left that to the scientists.

They, in turn, mostly gave advice via the media on how citizens should behave: washing their hands, keeping their distance and staying at home. But it was up to the Swedes to follow the recommendations which weren't mandatory.

There were no lockdowns or steep fines for violations, as in other countries, since that just didn't fit the Swedish model of leaving it to citizens to take responsibility for themselves. But, the strategy had fatal consequences, as it turned out later.

At first, Sweden's scientists reassured the population that it was unlikely that the pandemic would spread in the sparsely populated country. Restaurants, schools and shops remained open. But the virus did not stop at Sweden's borders. It spread, as it had all over the world, especially in nursing homes where older residents were vulnerable. The infection and death rates were many times higher than in neighboring Nordic countries.

But, what was surprising was that this failure did not undermine the authority of Sweden's experts. Instead, they questioned and still continue to doubt the advice of the World Health Organization (WHO) that wearing a maskthat covers the nose and mouth protects against the coronavirus.

Now the Swedes, like the Danes and the Norwegians, are lifting almost all coronavirus restrictions. The experts justify it by pointing to the high vaccination rate, especially among the older population. In recent months, anyone who wanted to be vaccinated could do so easily. Those who still held didn't get the shot were considered responsible for their own fate.

All Scandinavian countries have a highly developed, digitalized health care system. In addition, there are enough free beds in the intensive care units.

Despite the comparatively high number of deaths, most Swedes are quite happy with their national strategy against COVID-19 and continue to trust the state. They point out that the pandemic has caused much less damage to Sweden's economy than elsewhere and that schools and kindergartens remained open throughout.

Even if a teacher contracted the virus in recent months, the strategy was that as long as the symptoms were mild, the person could continue teaching.

That is unthinkable in other EU countries, where teachers who get COVID-19 have to stay at home because otherwise they would spread the virus further.

On the other hand, the generous Swedish welfare state only functions if kindergartens and schools remain open. The high taxation rate means that parents have no choice but to work in order to sustain their families. Housing in the capital, Stockholm is scarce and expensive. It's crucial that children are cared for during the day so that both parents can work.

Unlike German, French or British journalists, who sharply criticize their governments when they make mistakes, the Swedish press is more cautious. Instead, it prefers constructive journalism that does not ask hard questions of the comfortable welfare state. That makes it more difficult for Swedes to come to terms with their own mistakes in fighting the pandemic.

At the end of the day, one thing is definitely true: The Swedes are indeed different.