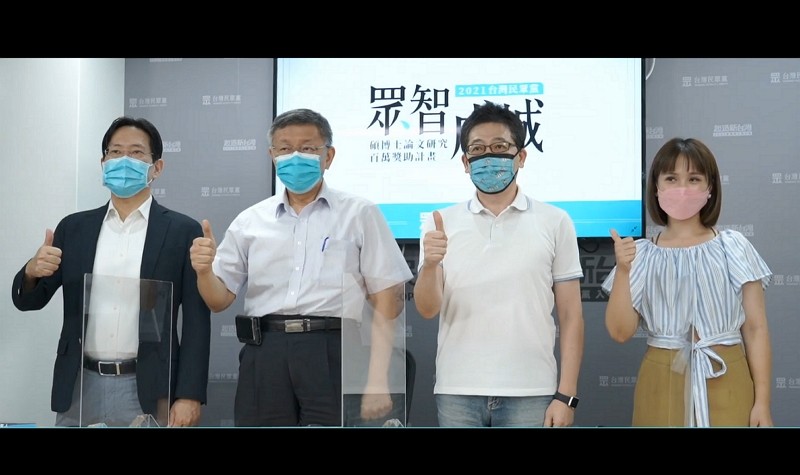 The program invites people to submit dissertations on topics relevant to Taiwan's national security, its people’s well-being, and ways to achieve prosperity. Those working on master’s or doctoral degrees are encouraged to provide opinions for the betterment of the country, wrote Newtalk.

The initiative is part of the opposition party’s “New Culture Movement 2.0” campaign, an allusion to a movement in the 1910s that promoted a new Chinese culture based on science and democracy inspired by the West.

Taipei Mayor and TPP founder Ko Wen-je (柯文哲) said the country has been mired in political confrontation while issues such as lax fiscal discipline, housing inequality, and "unequal distribution" are being overlooked. Taiwan must transcend trading barbs and embark on a course of governance based on science and professionalism, he added.

Authors of the shortlisted papers will each get a cash prize of NT$5,000 plus an additional NT$10,000 if their submission is deemed outstanding in the second phase of the contest. Viable ideas will earn them another NT$35,000. NT$1 million will be awarded in total.