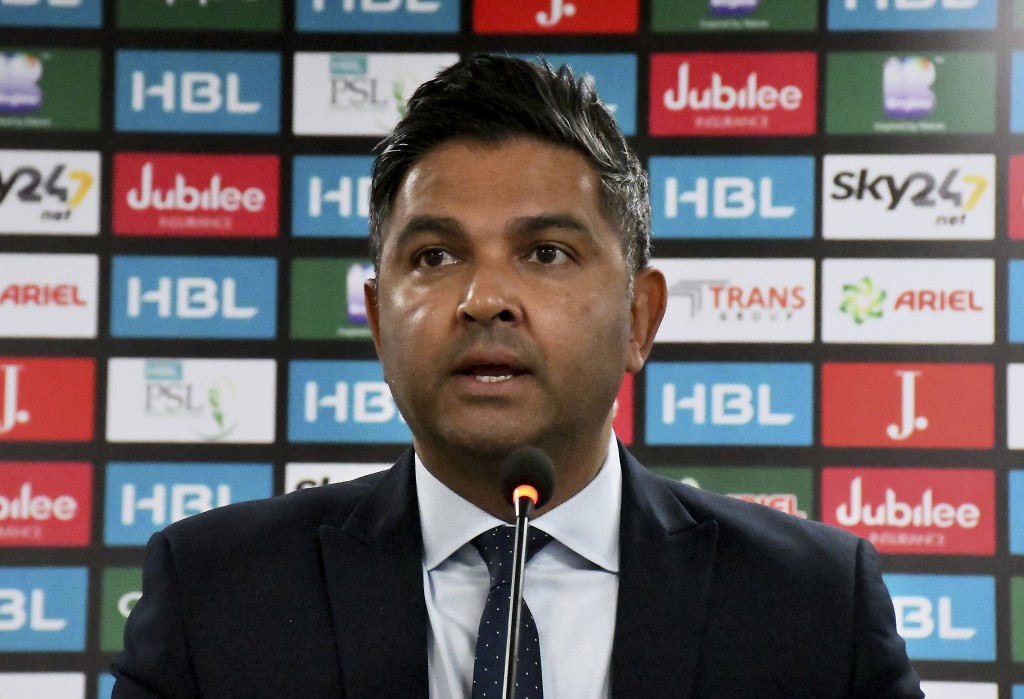 ISLAMABAD (AP) — Wasim Khan resigned as chief executive of the Pakistan Cricket Board on Wednesday, four months before his three-year tenure was due to end.

The PCB’s board of governors, which met via video conference, unanimously accepted Khan’s resignation, who had joined the board in February 2019.

It’s the third notable resignation in the Pakistan cricket setup since former captain and renowned commentator Ramiz Raja took over as the chairman of the PCB this month after former chairman Ehsan Mani did not accept an offer to take a short-term extension.

Head coach Misbah-ul-Haq and bowling coach Waqar Younis also quit their coaching roles soon after the tour of the West Indies. Raja has brought in Australian Matthew Hayden as batting consultant and South African Vernon Philander as bowling consultant for next month’s T20 World Cup in the United Arab Emirates.

Raja acknowledged Khan’s “excellent leadership” during tough times and credited him with ensuring that “cricket remained unaffected and continued to be played at the domestic and international levels.”

“The PCB owes Wasim Khan a debt of gratitude for his good leadership and we wish him well in his future plans and career endeavors,” Raja said.

However, both England and New Zealand pulled out of their tours to Pakistan, with the Kiwis abruptly calling off its tour minutes before the start of the first one-day international at Rawalpindi this month.

England, which was due to send both its men's and women's teams next month for limited-overs series, followed New Zealand, citing mental fatigue to its players just before the T20 World Cup in the United Arab Emirates in October-November.

Khan said he succeeded in “earning the goodwill and respect of the global cricketing family” with his decisive and strategic decision making, particularly during the COVID-19 pandemic, which will help Pakistan host more international cricket in future.

Khan also revamped Pakistan’s domestic cricket structure with only six teams competing in its first class tournament — a vision which was given to Mani by Prime Minister Imran Khan, patron of the PCB.

“With a five-year strategy in place, the new domestic structure in its third season and the investment in women’s cricket in an upward direction, I feel it is the right time to move on and reunite with my young family,” Khan said. “They have sacrificed a lot so that I could fulfil my dreams of contributing to Pakistan cricket, which will always remain very close to my heart.”