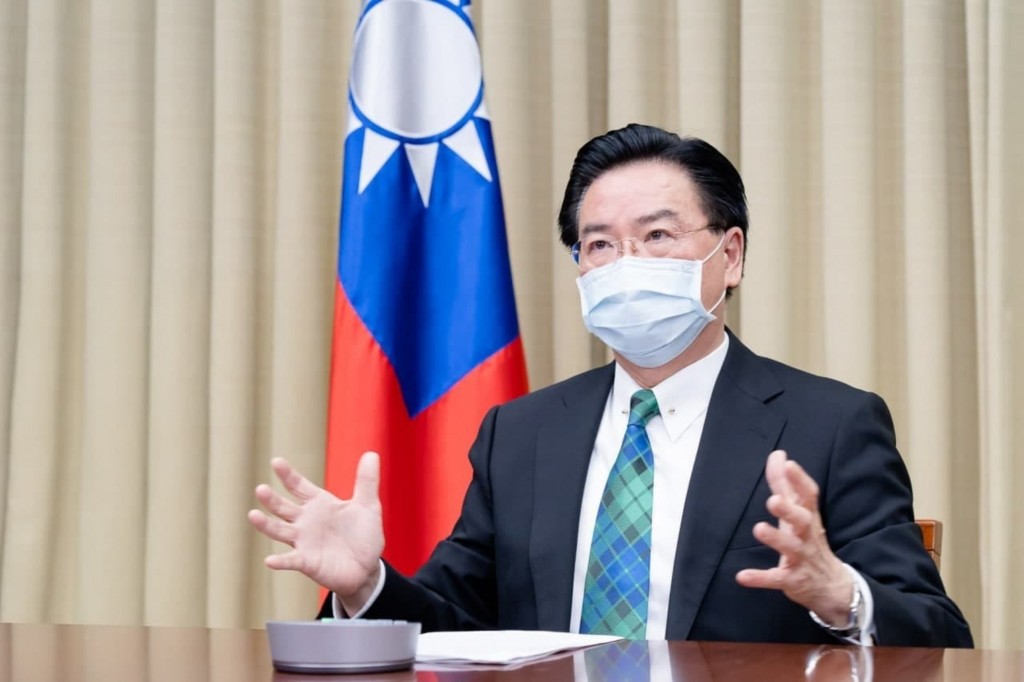 TAIPEI (Taiwan News) — Foreign Minister Joseph Wu (吳釗燮) at a Hoover Institution online seminar on Tuesday (Sept. 29) emphasized that Taiwan is at the “forefront of the expansion of authoritarianism” and pledged the East Asian nation will continue to maintain vigilance and bolster defense capabilities and cooperation with democratic allies to ensure peace in the Taiwan Strait.

In an evening session of the Hoover Institution’s Taiwan Project Conference Keynotes, titled “Ensuring Peace in the Taiwan Strait: A View from Taiwan,” Wu said that China has continuously applied military and security coercion on Taiwan, including gray zone tactics, disinformation campaigns, and information security attacks.

The communist nation has also engaged in a “silent diplomatic battle” to steal Taiwan’s diplomatic allies and distorted the stipulations of U.N. General Assembly Resolution 2758 to exclude Taiwan from many important international organizations, the foreign minister said.

Taiwan has witnessed firsthand China's expansionist goals as it gradually moves toward global strategic competition, as evidenced by its approach to Hong Kong, Xinjiang, the East and South China seas, the Indo-Pacific region, and Europe, Wu said.

The foreign minister pointed out that this competition also extends to the areas of economy and trade. China applied to join the Comprehensive and Progressive Agreement for Trans-Pacific Partnership (CPTPP) on Sept. 16, a move Wu said is probably meant to prevent Taiwan from participating and very likely an attempt to block the U.S. from returning to the trade agreement.

Wu also noted that China and Russia have worked together to intimidate Central and Eastern European countries, including Lithuania, the Czech Republic, Slovakia, and Poland. These countries are brave enough to confront the threat of authoritarianism and are willing to deepen exchanges with Taiwan, he said, adding that many in Europe have called on the EU and NATO to protect member states from threats by “unprincipled countries.”

Over the years, Taiwan has worked closely with successive U.S. administrations to participate in exchanges regarding North Korea sanctions; counter-terrorism; and promotion of religious freedom, democracy, and human rights, Wu said. Additionally, under the Global Cooperation and Training Framework, Taiwan has promoted cooperation with the U.S. and Japan in the Indo-Pacific region, the foreign minister added.

Wu mentioned that Taipei hopes to further its relations with Washington in terms of economic, trade, security, and political cooperation and wishes to sign a bilateral trade agreement or digital trade agreement with the U.S.

Taiwan will continue to deepen cooperation in various fields with like-minded partners in the future, he said.