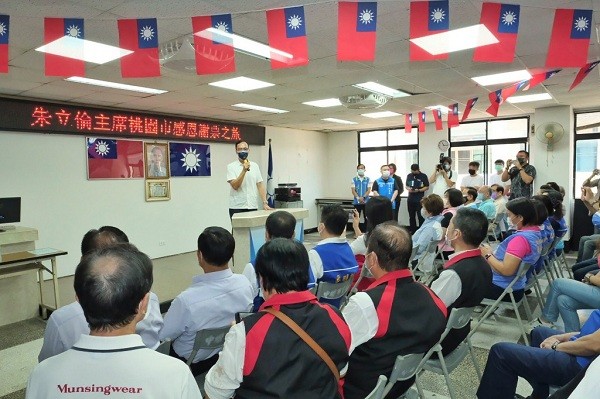 In view of the advancing age of its base, Taiwan’s once-autocratic ruling party seems to have a long way to go to gain equal footing with the incumbent Democratic Progressive Party (DPP), whose supporters mainly consist of younger people.

Results of a recent survey released by Taiwan Public Opinion Foundation (TPOF) Chairman You Ying-lung (游盈隆) show the DPP’s support at 30.1%, the KMT’s at 19.3%, the Taiwan People's Party's (TPP) at 13.3%, the New Power Party's (NPP) at 3%, and the Taiwan Statebuilding Party’s (TSP) at 2.4%, while 29.7% did not express a particular political inclination.

Further analysis of the poll shows the DPP to have more supporters than other parties in each age bracket, with profound differences in the lower age brackets. “In essence, 70% of KMT supporters are over 45 years old, which shows the party has a serious problem of aging supporters,” You said.

The survey was conducted via telephone from Sept. 22-23. A total of 1,080 Taiwanese people over 20 years old were interviewed. The poll has a 95% confidence rating, with a 2.98% margin of error.