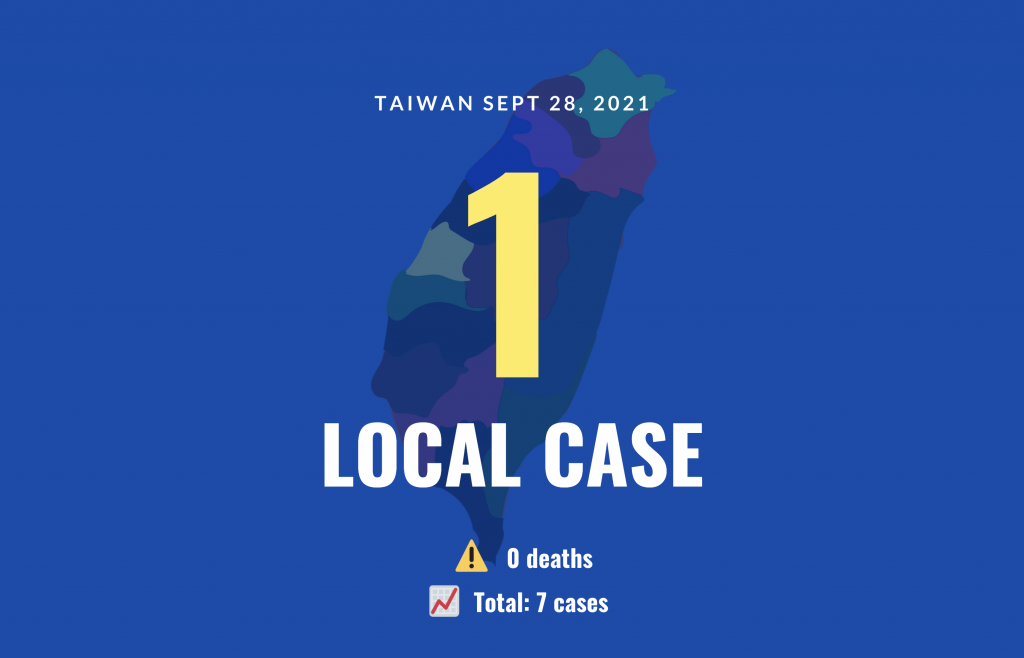 The sole local case reported on Tuesday, case No. 16,315, is a man in his 50s from Taipei who underwent a self-paid coronavirus test due to work requirements on Sept. 27. He was diagnosed with COVID-19 on Sept. 28, and the health department has begun an epidemiological investigation and contact tracing.

A total of 110 people have been removed as confirmed cases, while 14 cases are still under investigation. Up until now, 842 individuals have succumbed to the disease.

Of the 830 deaths from local infections, 412 were in New Taipei; 318 in Taipei; 28 in Keelung; 26 in Taoyuan; 15 in Changhua County; 13 in Hsinchu County; five in Taichung; three in Miaoli County; two each in Yilan and Hualien counties; and one each in Taitung County, Yunlin County, Tainan City, Nantou County, Kaohsiung City, and Pingtung County. The 12 other deaths were imported cases.