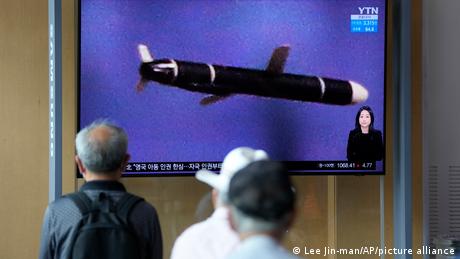 North Korea's ambassador to the United Nations, Kim Song, told the UN General Assembly on Monday that "nobody can deny" Pyongyang's right to test weapons, calling on the United States to end its "hostile policies" towards the reclusive state.

"We are just building up our national defense in order to defend ourselves and reliably safeguard the security and peace of the country," Kim said in New York.

The North Korean envoy also demanded the US "permanently" end joint military exercises with South Korea, along with deployment of weapons to the Korean Peninsula.

Kim said "the possible outbreak of a new war on the Korean Peninsula is contained" not because of "mercy" from the US, but because the North has created a "reliable deterrent" that can control "hostile forces" attempting a "military invasion."

Pyongyang has repeatedly said it considers US and South Korean joint military exercises as preparation for an invasion.

As the envoy delivered his address, South Korea's military said the North had launched an "unidentified projectile" off its eastern coast into the Sea of Japan Tuesday morning.

It came only days after the North tested what it described as cruise missiles capable of hitting targets almost anywhere in South Korea or Japan.

It is currently unclear what kind of projectile was launched on Tuesday. However, Japanese defense officials told several news agencies the projectile "appears to be a ballistic missile."