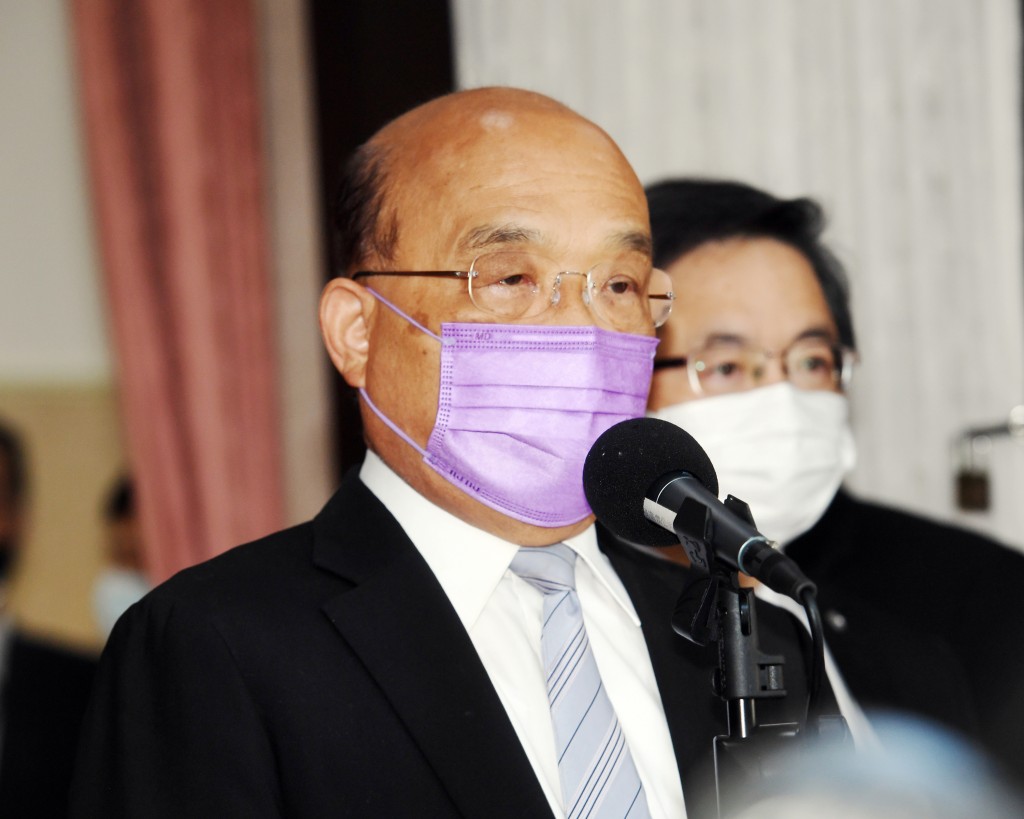 TAIPEI (Taiwan News) — Taiwan Premier Su Tseng-chang (蘇貞昌) on Tuesday (Sept. 28) said KMT Chairman Eric Chu (朱立倫) is being hypocritical by claiming to be eager to maintain a close friendship with the U.S.

Su was due to report to the Legislative Yuan Tuesday morning to deliver a policy address and answer questions. Prior to the meeting, he gave an interview and responded to Chu’s statement that the Dec. 18 four-in-one-referendum concerns Su and the Democratic Progressive Party's (DPP) downfall, among other issues, CNA reported.

Chu believes that the referendum results will signify a lack of public confidence in the DPP and lead to a change in government in the next presidential election, according to Newtalk.

The premier hit back by saying that while Chu is vehemently against consuming American pork, he eats American beef without any qualms. Despite this, Chu says he wants to deepen the KMT’s relations with Washington by reopening a representative office in the U.S., Su said.

Su pointed out that for someone who was once deputy premier, Chu does not know how to work with others for Taiwan’s needs. The KMT chairman wants to be pro-American but has always gone against the U.S., CNA cited Su as saying.

The premier said it is a pity that Chu stresses peace with the foreign powers least friendly to Taiwan, adding that Chu’s statements are all political rhetoric and irrational.

After winning the election for KMT chairmanship on Saturday night, Chu received a letter from Chinese leader Xi Jinping (習近平) that stressed peaceful unification and urged all Chinese to “work together with one heart and go forward together.” The KMT chairman responded by echoing Beijing’s aspirations of unification and blaming current cross-strait tensions on the DPP’s anti-China policies.

Most of the public knows that the U.S. has been able to help Taiwan the most and that it has actively done so, Su mentioned. The U.S. has contributed much to Taiwan’s peace and security, the expansion of its international space, and even its vaccine efforts, he said.

The referendum in December will be on plebiscite scheduling, ractopamine pork, the revival of the Fourth Nuclear Power Plant, and the protection of a coastal algal reef in Taoyuan.