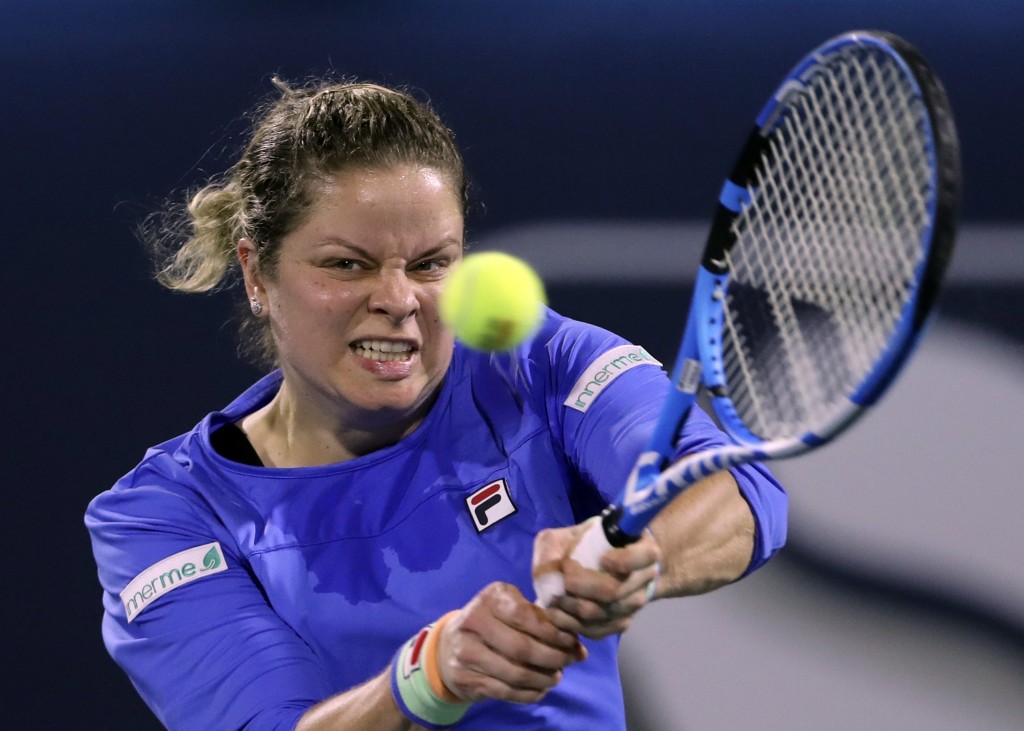 Kim Clijsters is back again, eager to see what it feels like to be a professional tennis player at age 38 — two decades after she reached her first Grand Slam final and one decade after she won her last major singles championship.

The former No. 1-ranked player and member of the International Tennis Hall of Fame makes her latest return to the WTA Tour at the Chicago Fall Tennis Classic, which begins Monday. Clijsters, who received a wild-card invitation, will face Australian Open quarterfinalist Hsieh Su-wei in the first round.

“I have friends back at home in Belgium who said, ‘Oh, before I’m 40, I would like to run a marathon’ or something like that. And I was like, ‘Yeah, so this is kind of my marathon a little bit.’ But I enjoy the challenges,” Clijsters said during a video conference on Sunday. “I enjoy when I'm out there and seeing how I react the next day. And like, ‘Oh, this thing is reacting this way.’ Or my anticipation, how can I train to improve that? Things were just so normal back in the day. As long as I feel like I'm still improving, that’s what motivates me.”

Clijsters, a mother of three who wakes up at 5 a.m. at her family’s home in New Jersey to train, hasn't competed since a first-round loss at the 2020 U.S. Open a little more than a year ago.

That was part of a 0-3 record last season after she made a comeback that was interrupted by knee surgery in October and when she got COVID-19 this January.

Those were her first matches since 2012. Before that, Clijsters originally left the game in 2007, then made her way back in 2009.

“Growing up, Kim was one of my favorite players to watch. I absolutely loved watching her. The fact that she's coming back makes me incredibly happy, because she's just one of the nicest people to have on the tour," said Madison Keys, the runner-up at Flushing Meadows in 2017 and entered in the Chicago tournament. "When I lost in the U.S. Open final, and was obviously not in the best place, she found me and gave me the biggest hug and said: ‘It’s OK. It took me (four) before I got one. Don't worry about it.' For her to take that time and just kind of help me through that shows how great of a person she is.”

Clijsters isn't sure how long her latest comeback will last.

That, she said, depends on whether she enjoys the work necessary to remain on tour.

“I've been practicing for so long that I’m just super excited to start playing a match and start getting the match routines and the match rhythms, just to teach my brain again how to do that. I've been playing sets in practice, but when it's an official match, it's always a little bit different, anyway,” Clijsters said. “So I'm excited to start that new chapter in my career right now.”