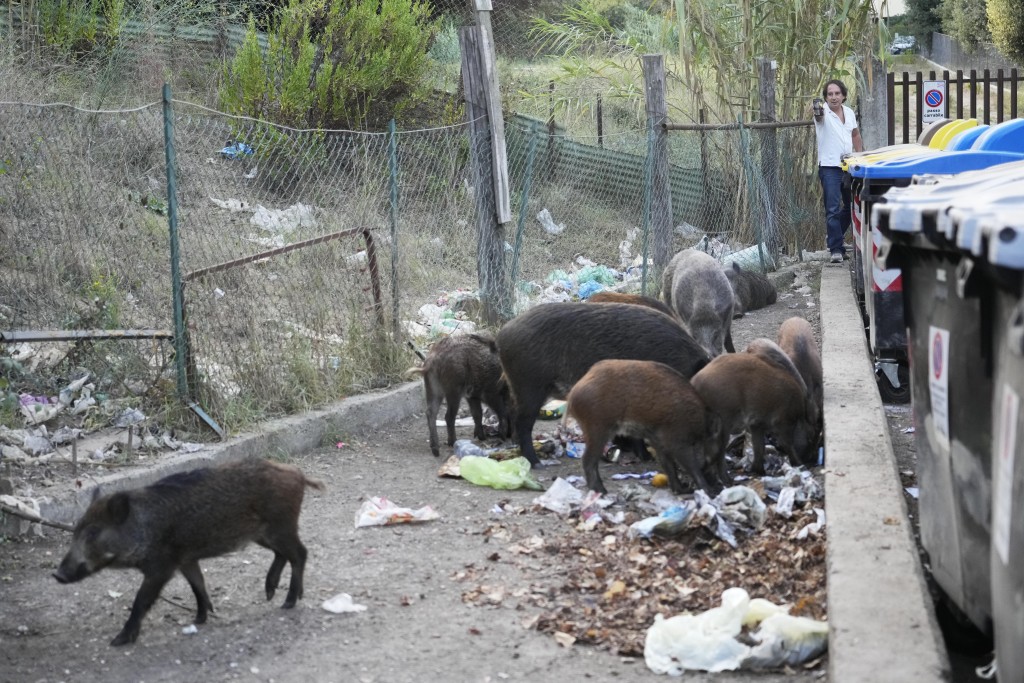 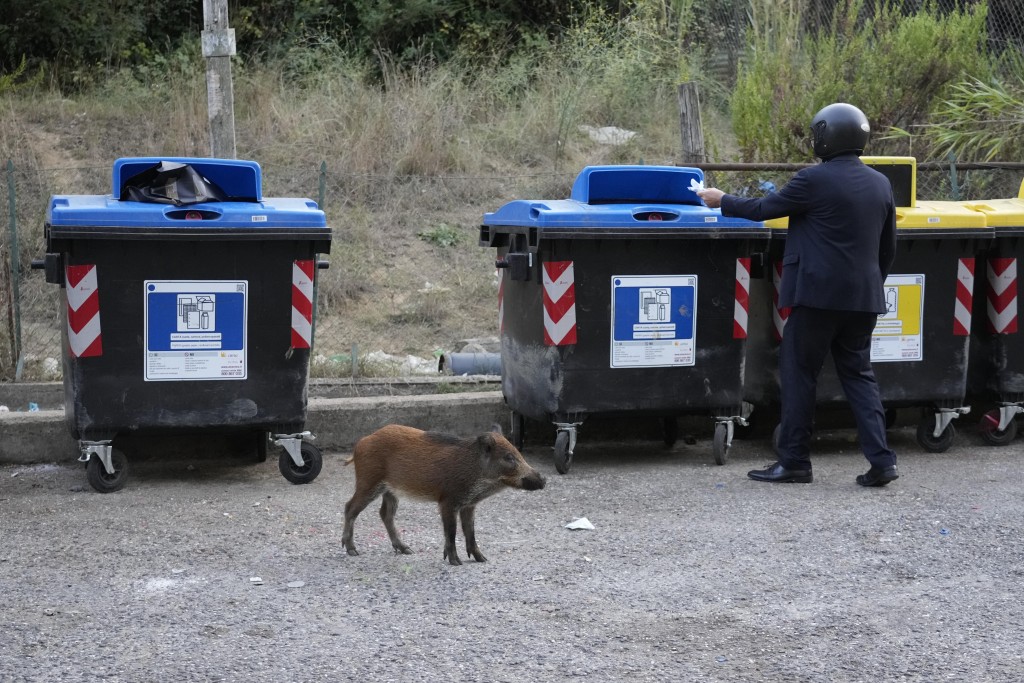 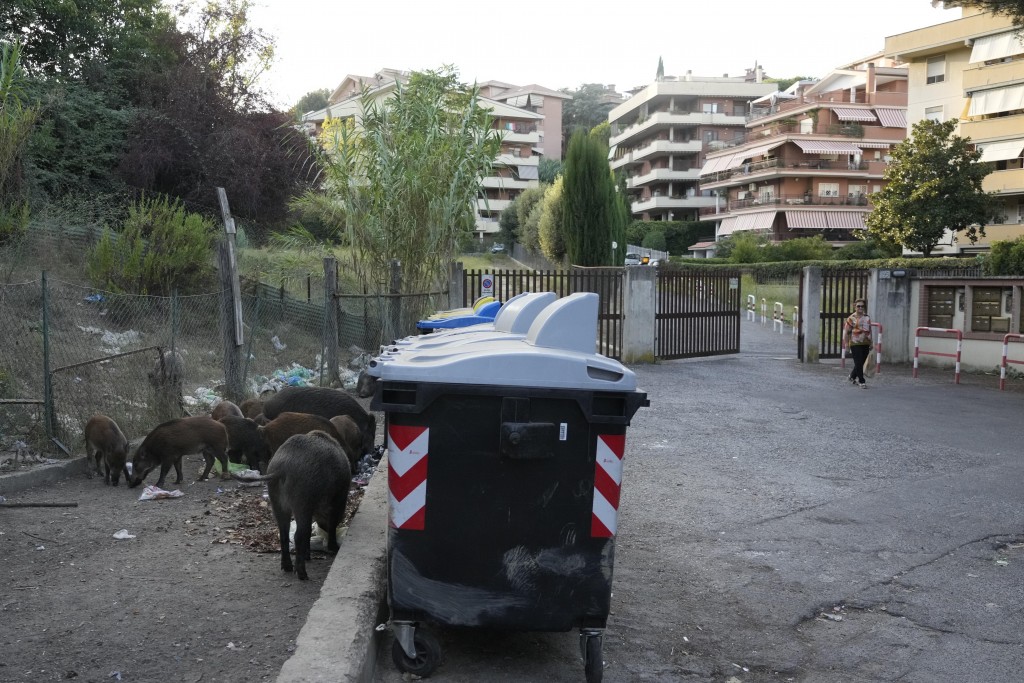 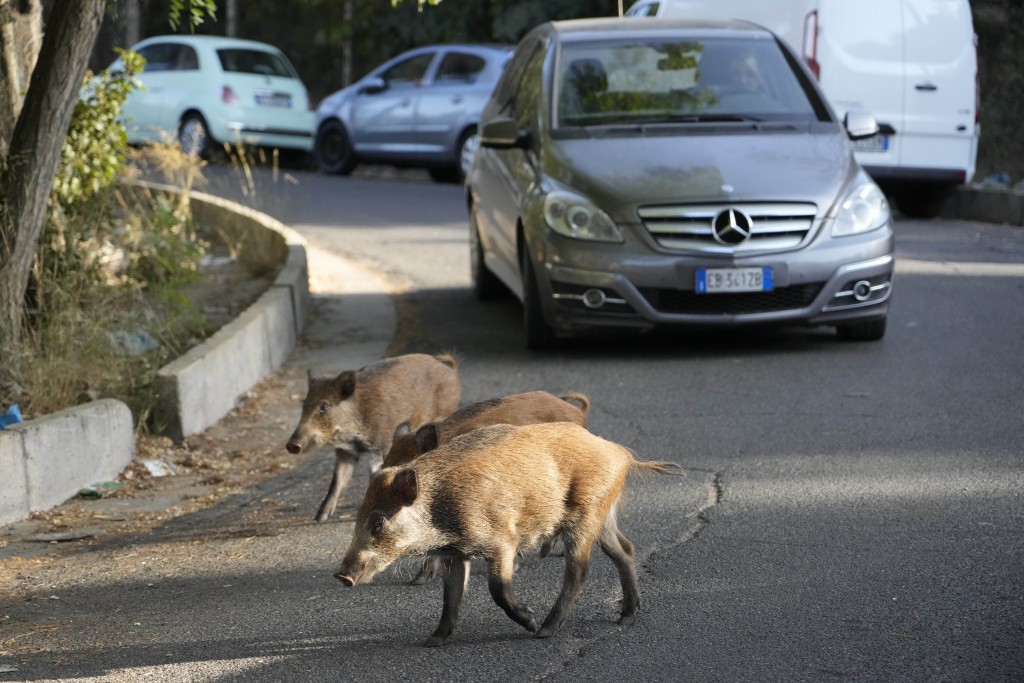 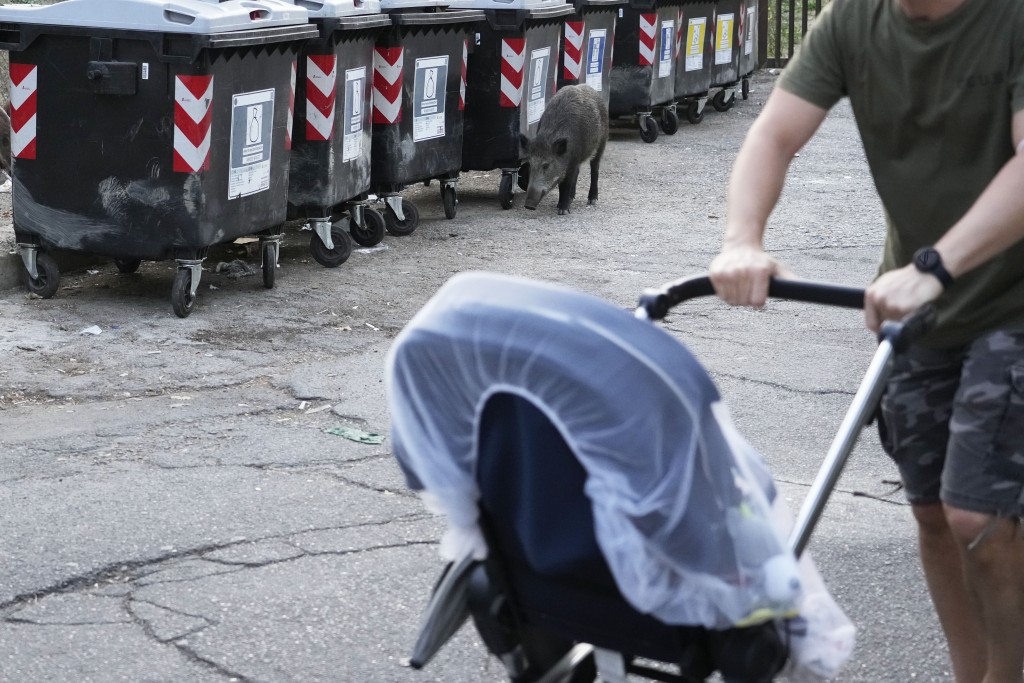 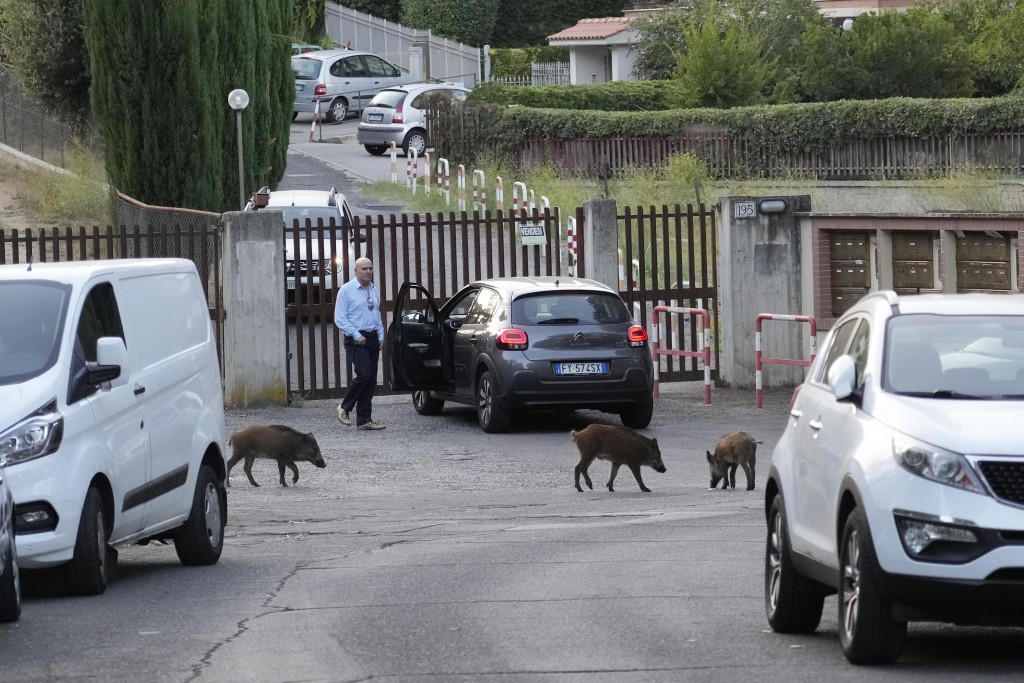 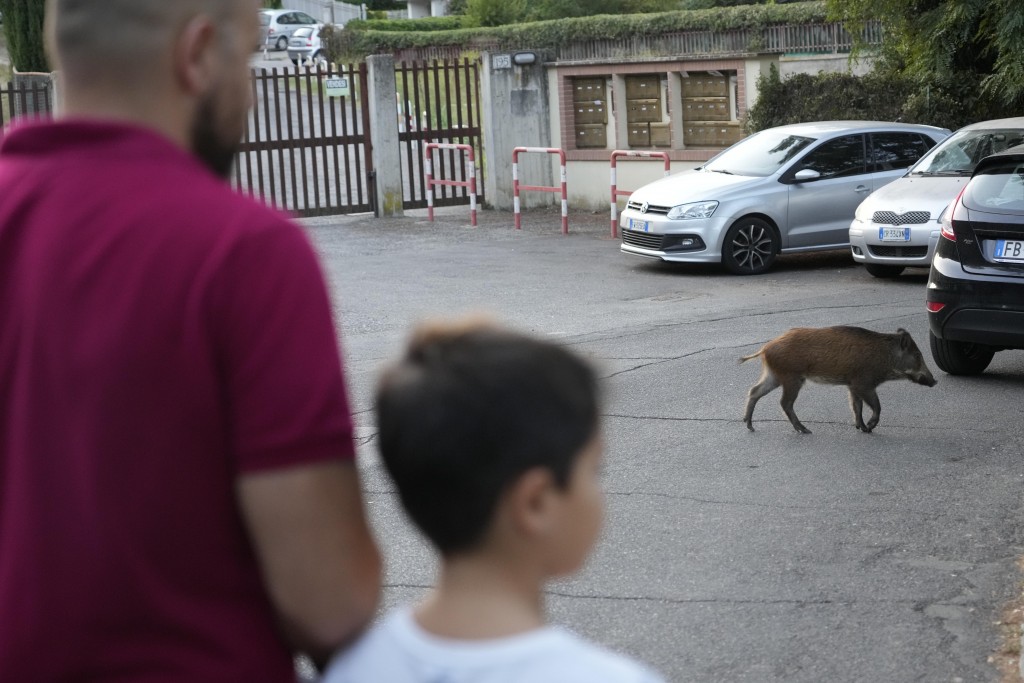 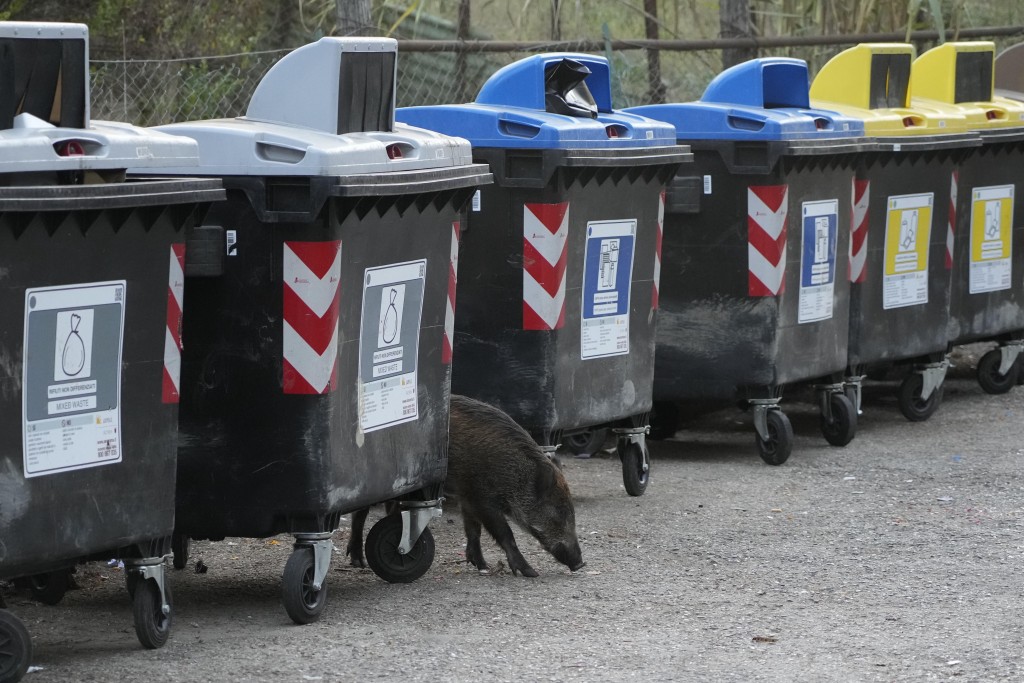 ROME (AP) — Rome has been invaded by Gauls, Visigoths and vandals over the centuries, but the Eternal City is now grappling with a rampaging force of an entirely different sort: rubbish-seeking wild boars.

Entire families of wild boars have become a daily sight in Rome, as groups of 10-30 beasts young and old emerge from the vast parks surrounding the city to trot down traffic-clogged streets in search of food in Rome’s notoriously overflowing rubbish bins.

Posting wild boar videos on social media has become something of a sport as exasperated Romans capture the scavengers marching past their stores, strollers or playgrounds.

As Rome gears up for a local election next weekend, the wild boar invasion has been used as a political weapon to attack Mayor Virginia Raggi over the city’s formidable garbage collection problems. But experts say the issue is more complicated and tied at least in part to a booming boar population.

Italy's main agriculture lobby, Coldiretti, estimates there are over 2 million wild boars in Italy. The region of Lazio surrounding Rome estimates there are 5,000-6,000 of them in city parks, a few hundred of which regularly abandon the trees and green for urban asphalt and trash bins.

To combat their growing numbers, Lazio launched a program in 2019 to capture the beasts in park cages for slaughter, and last month approved a new decree to allow selective hunting of boars in some parks, which until now had been strictly forbidden.

Maurizio Giubbiotti, in charge of Lazio’s parks, says the region needs to increase the boar cull from 700 over two years to at least 1,000 annually to get the situation under control.

In Italy’s rural areas, hunting wild boar is a popular sport and most Italians can offer a long list of their favorite wild boar dishes, including pappardelle pasta with boar sauce and wild boar stew. But animal rights groups have been adamantly opposed to mass culling.

Those beliefs are not shared by some urban residents.

“I am afraid of walking on the sidewalk, because on one side there are the dumpsters for the rubbish and they (the boars) jump on me,” said Grazia, a 79-year-old grandmother waiting outside an elementary school to pick up her grandchildren. She did not give her last name.

Just down the street, a family of wild boars was snorting through the trash.

Her concerns are not misplaced: Wild boars can weigh up to 100 kilos (220 pounds), reach 80 centimeters (2.6 feet) in height and measure 150 centimeters (5 feet) long, a not-insignificant threat especially to the elderly and young children.

“We have been invaded here,” lamented Pino Consolati, who runs a restaurant on a busy street corner in Rome's Monte Mario neighborhood. He said families of wild boars routinely wander through his outdoor eating area looking for food. One day this week, he said, his sister found 30 boars outside her shoe store when she left at 8 p.m.

“It is not a pleasant situation,” he said, shrugging his shoulders.