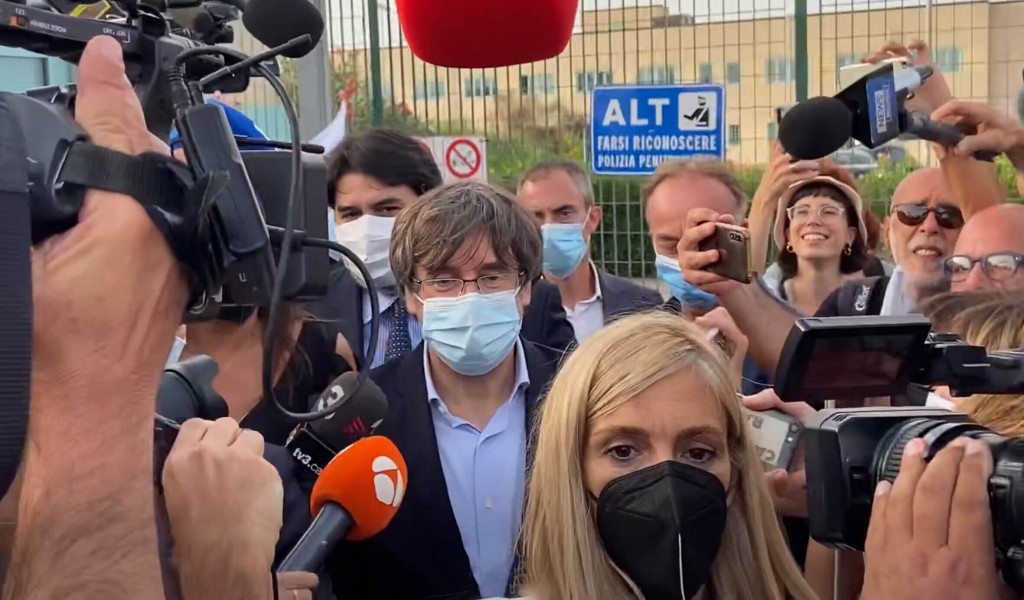 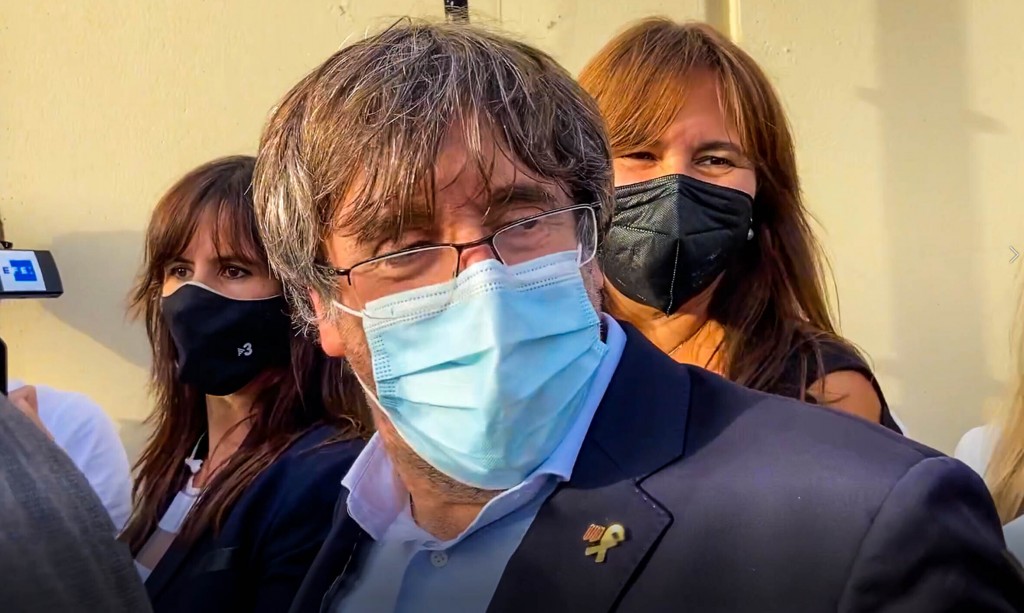 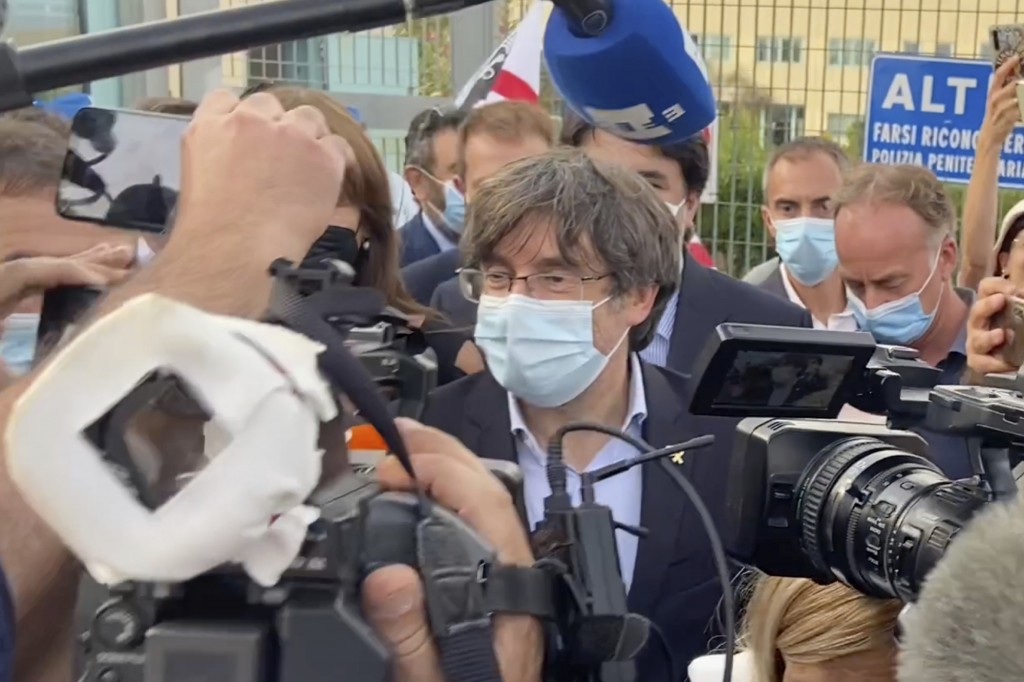 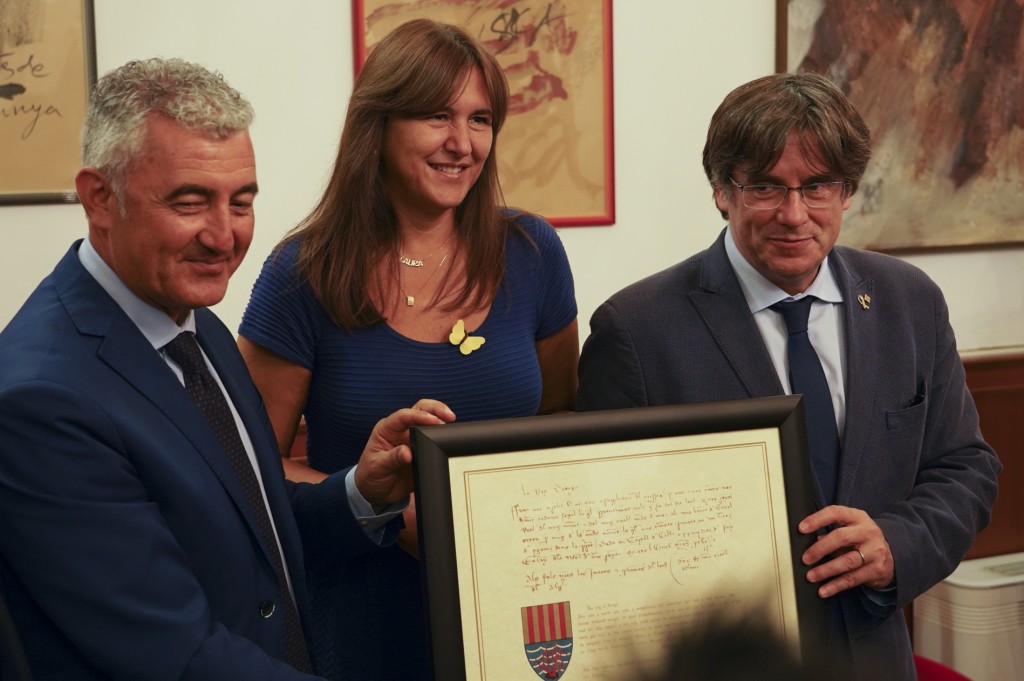 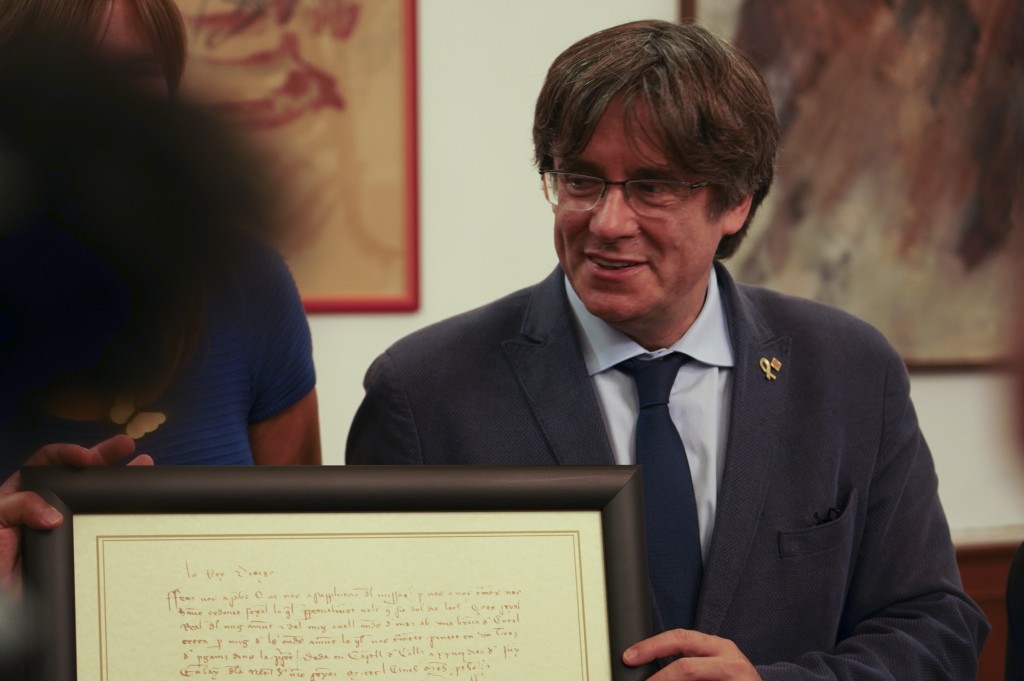 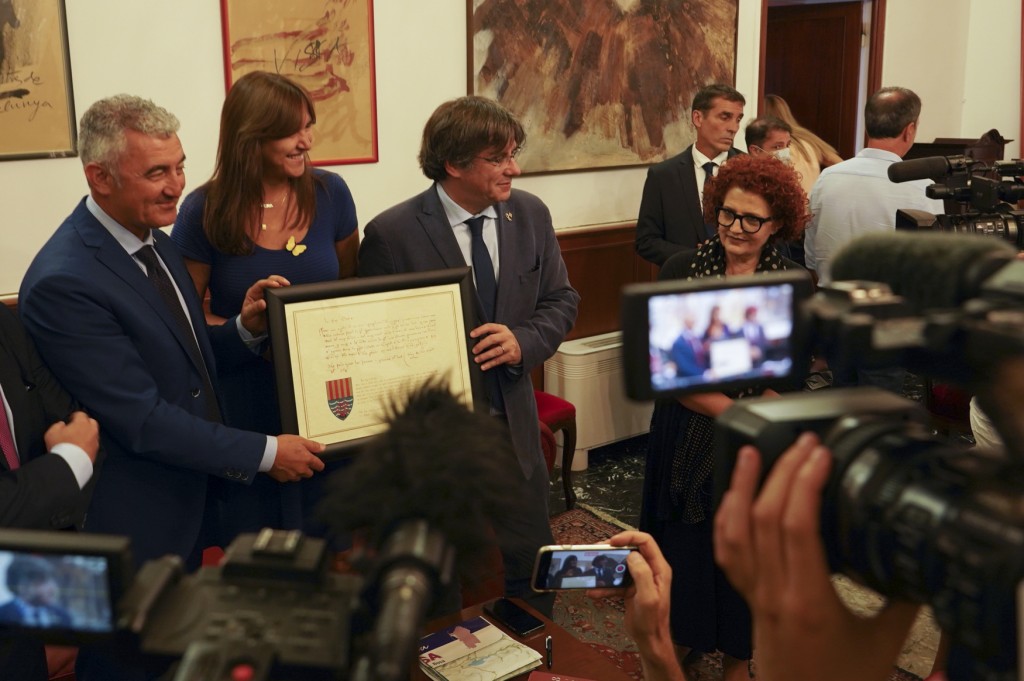 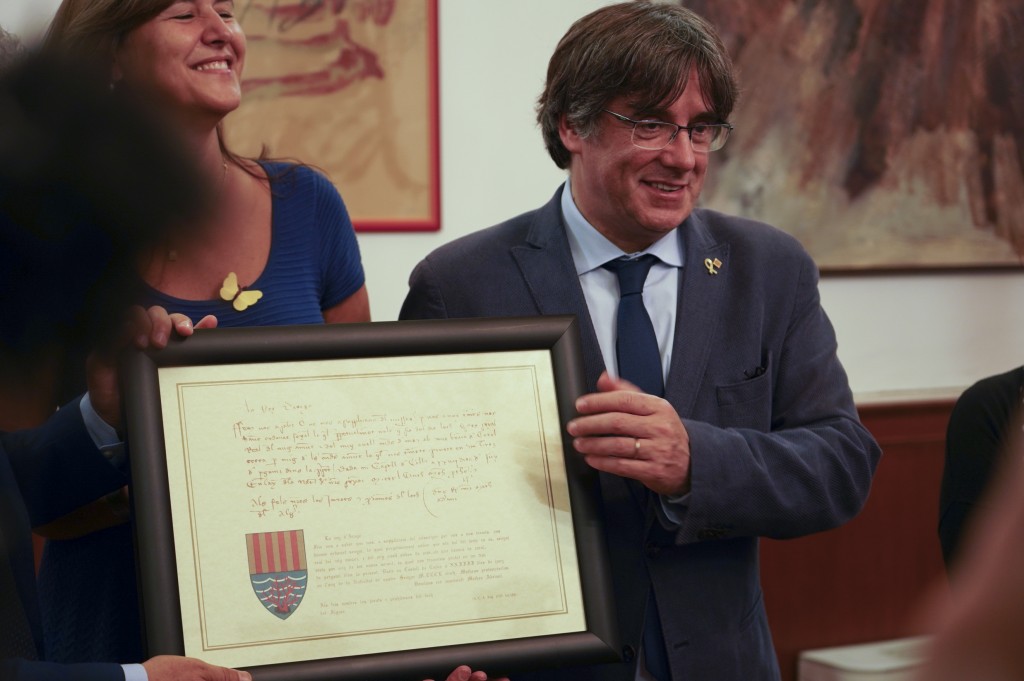 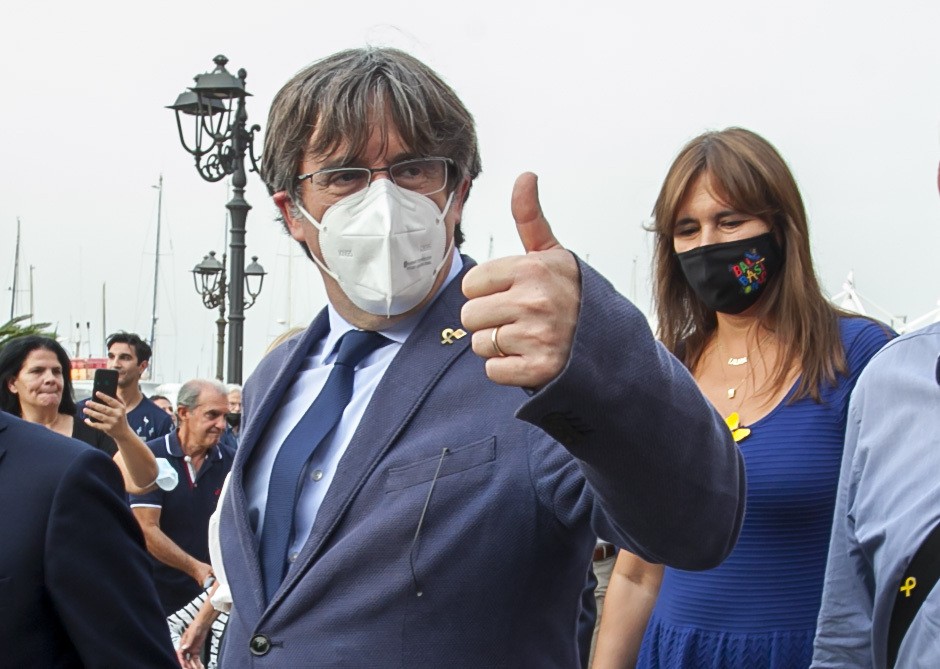 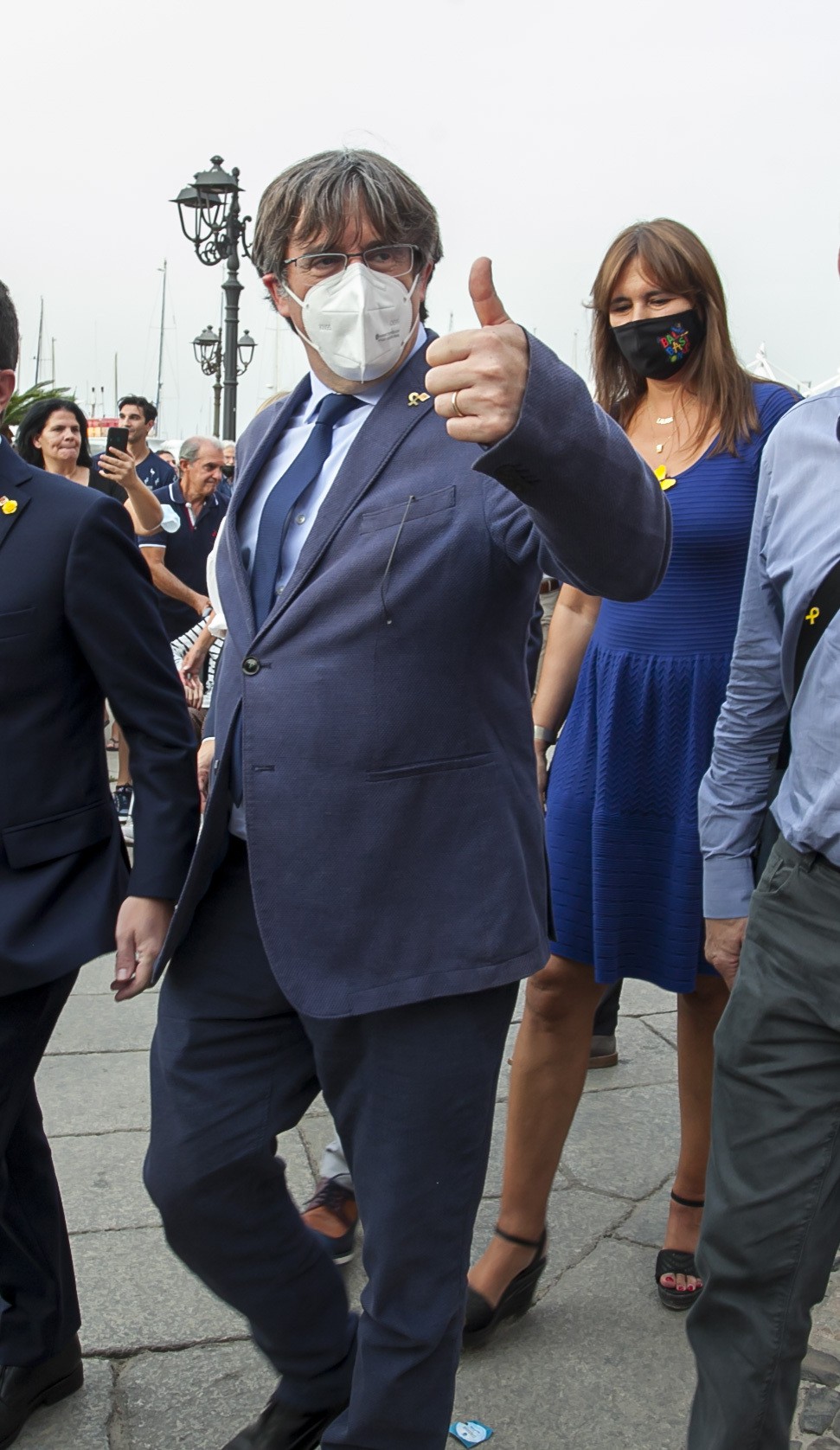 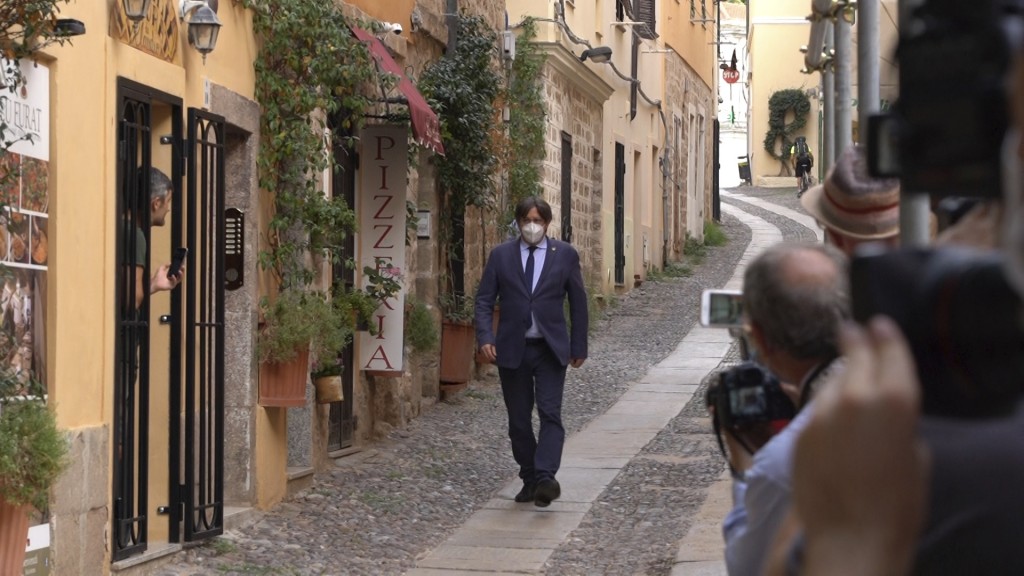 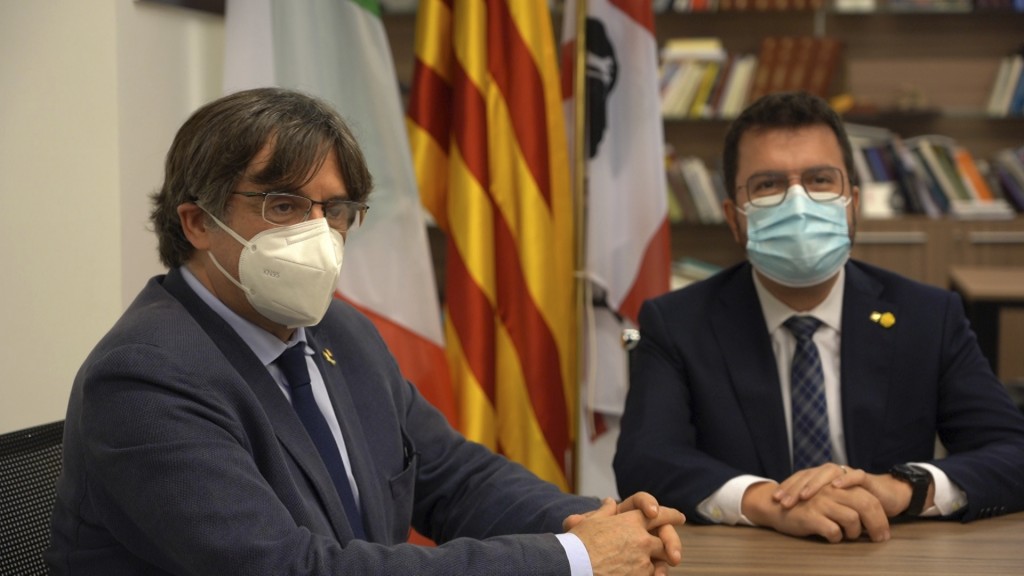 ALGHERO, Sardinia (AP) — Catalan separatist leader Carles Puigdemont vowed Saturday to keep travelling throughout Europe to campaign for the region's independence from Spain but confirmed he would appear at an Oct. 4 hearing to decide whether he will be extradited to Spain to face sedition charges.

Puigdemont, a member of the European Union's parliament who previously served as president of Spain's restive Catalonia region, struck a defiant tone during a press conference 48 hours after he was arrested upon his arrival in Sardinia to attend a Catalan cultural festival and then freed.

The Sardinian judge who released him imposed no travel restrictions pending the Oct. 4 extradition hearing, suggesting Puigdemont had a green light to leave Italy and close the case. But Piugdemont said Saturday he would attend the hearing, “answer all the questions the judge will ask me," and assumed he would walk free.

“My plan is once the Italian justice says OK, your duty is finished, I will return to my home in Belgium," he said.

Puigdemont and a number of his separatist colleagues fled to Belgium in October 2017, fearing arrest after holding an independence referendum for Catalonia that the Spanish courts and government said was illegal.

Members of his entourage called his high-profile arrest and speedy release a political “boomerang" for Spain, which earlier this month restarted talks with the regional leadership of Catalonia aimed at resolving the political crisis that has persisted since the referendum.

Puigdemont vowed to keep travelling throughout Europe to press his cause and said the previous two days had proved that he enjoyed the support of European judicial institutions.

“All that has happened in the last hours prove all of our arguments, all of our reasons in our fight for freedom, for democracy to defend the right of self determination, and the right to free speech, free movement, the right to be engaged in politics," he said.

“The only crime we committed was organizing a referendum," he added.

At the heart of the immediate legal matter is whether the warrant issued by Spain seeking Puigdemont’s arrest is valid. Gonzalo Boye, his lawyer, has insisted the European warrant issued in 2019 that provided the basis for Italian authorities to detain him had been suspended.

The Spanish Supreme Court judge handling the case, Pablo Llarena, sent a letter to the European Union’s Agency for Criminal Justice Cooperation stating that the arrest warrant was “in force."

It’s not the first time Spanish courts have tried to detain Puigdemont abroad. After a Belgian court declined to send him back in 2017, the following year he was arrested in Germany but a court there also refused to extradite him.

Nine other Catalan separatists received prison sentences for their role in the 2017 referendum ranging from nine to 13 years. They were pardoned in July, but Puigdemont, who fled, was not.

Although Puigdemont holds a seat in the European Parliament, that legislature stripped him of parliamentary immunity. Puigdemont noted he was due in Strasbourg on Oct. 4 for a Parliament session, but said he would follow it remotely from his laptop in Sardinia if he had to.