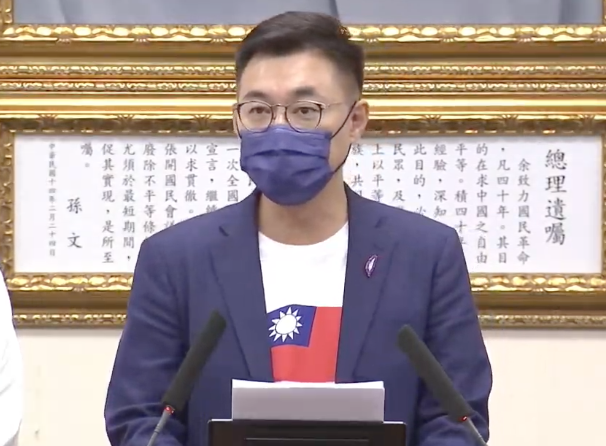 Chiang announced he would step down from the post, along with his aides in the Central Executive Committee, at 6:30 p.m. as the counting neared an end. He thanked his supporters, calling for unity after the election.

An estimated 370,000 members of the main opposition Kuomintang (KMT) took part in an election Saturday to choose a new leader who can propose new China policies and run in the 2024 presidential election.