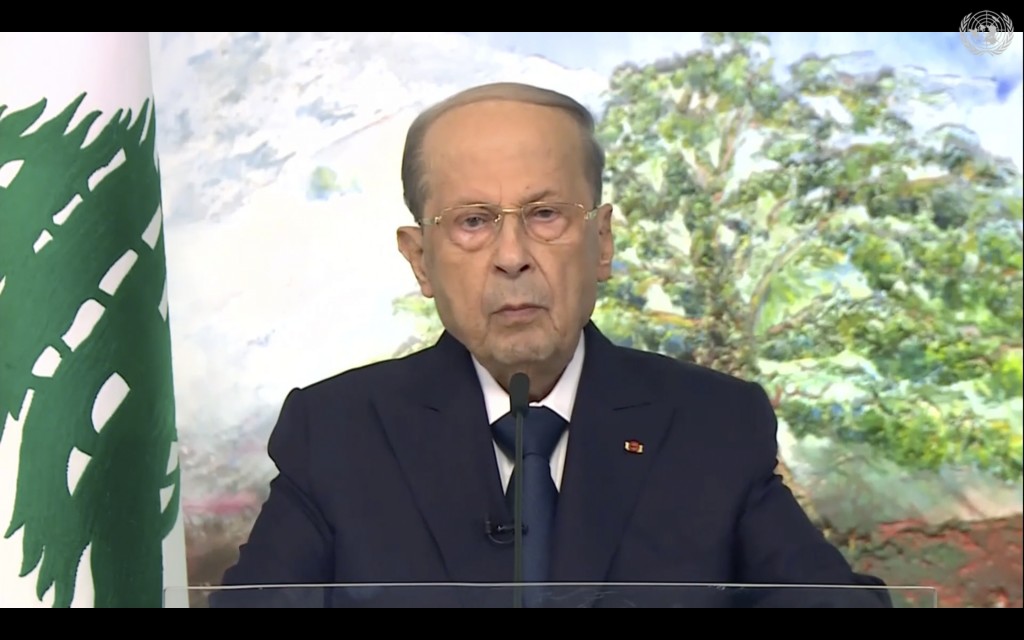 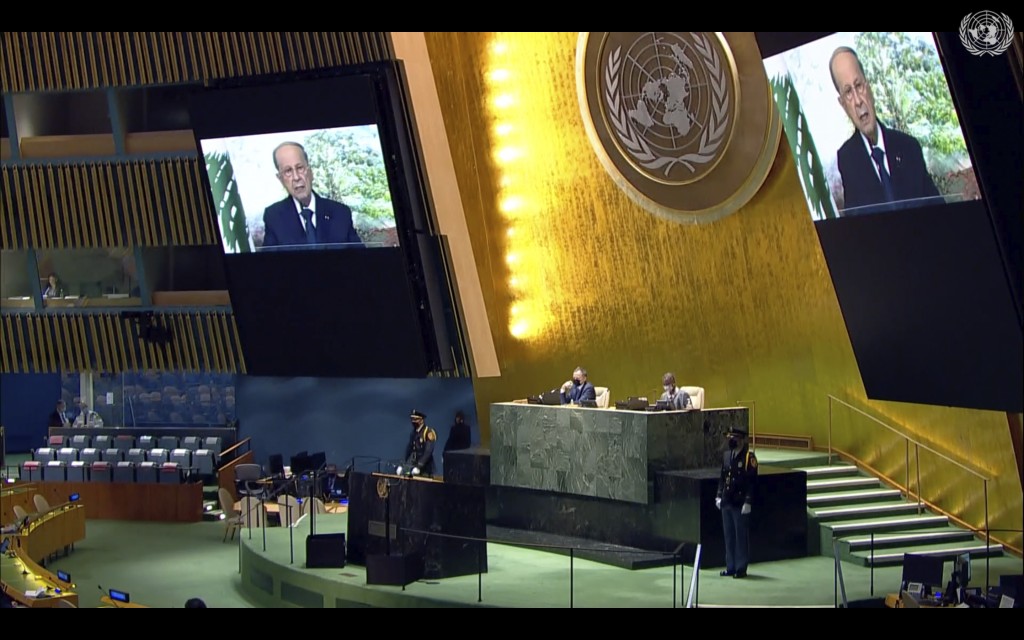 BEIRUT (AP) — The reverberations of terrorism across the oceans and war in their own neighborhood have left Lebanon and its fellow nations in the Middle East struggling with the consequences, Lebanon’s president said Friday, calling for international help to save his own crisis-hit country.

With Lebanon mired in an unprecedented economic and financial meltdown, President Michel Aoun told the U.N. General Assembly's meeting of world leaders that the country could not rise without assistance from the global community.

Lebanon is in the grips of multiple crises that exploded in succession beginning in late 2019, largely caused by decades of corruption and mismanagement by the country's ruling class. A currency crash has plunged about three quarters of the population into poverty in the past year and triggered a brain drain not seen since its 1975-90 civil war days.

That has been accelerated by the coronavirus pandemic and a massive explosion at the port of Beirut in August 2020 that killed more than 200 people and destroyed parts of the city. Hundreds of thousands of refugees from neighboring Syria have put an additional strain on the tiny Mediterranean country.

The international community has refused to offer financial assistance before Lebanese leaders undertake critical reforms and stamp out endemic corruption.

Aoun described the recent formation of a new government in Lebanon after more than a year of political paralysis a “promising step on the road to recovery,” and appealed for the world’s help.

“We now look to the international community to finance vital projects in the public and private sectors in order to revive the economy and create job opportunities,” he said.

Aoun also said Lebanon welcomes any international effort to rehabilitate and develop Beirut's port following the catastrophic Aug. 4. 2020 explosion. The blast happened when a fire ignited hundreds of tons of ammonium nitrates that had been haphazardly stored for years at a port warehouse.

A year later, no one has been held accountable and it is still not clear who brought the ammoniums to the country and why they were stored there for so long in a rotting state. Families of the victims and many other Lebanese have demanded an international investigation, accusing Lebanese authorities of blocking the internal probe.

“Today, after more than a year has passed, our capital is still dark and (Beirut) is still a stricken city.” Aoun said.

He said he was determined to undertake the necessary reforms by working with the new government headed by billionaire businessman Najib Mikati that was formed earlier this month. He also called for assistance from Western countries to help Lebanon “bear the burdens of the displaced” and guarantee their safe return to Syria, rejecting their permanent resettlement in Lebanon.

Lebanon has a population of about 6 million people, including 1 million Syrian refugees. That's the highest per-capita proportion of refugees in the world.

Aoun said the Middle East region “paid a high price” in death, destruction and displacement as a result of the war on terror that followed the 9/11 attacks in New York 20 years ago. In his prerecorded speech, Aoun said nations in the Mideast region today are healing their wounds and “trying to rise as New York rose before, because the will to live remains stronger than any terrorism.”

Zeina Karam is news director for Lebanon, Syria and Iraq at The Associated Press. Follow her on Twitter at http://twitter.com/zkaram