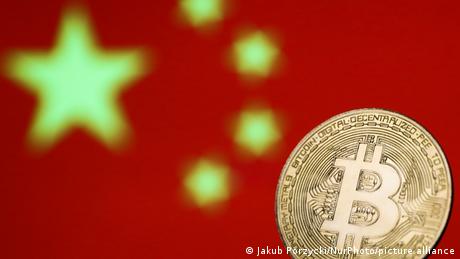 China's central bank has made all cryptocurrency transactions illegal in mainland China, the bank announced in a statement on Friday.

In a statement posted to the People's Bank of China website, China's market regulators and the Ministry of Public Security said cryptocurrency is "disrupting the economic and financial order, breeding illegal and criminal activities such as gambling, illegal fund-raising, fraud, pyramid schemes, and money laundering, and seriously endangering the safety of people's property." It warned of "the risks of virtual currency trading speculation."

Bitcoin plunged 6% on the heels of the Bank of China's announcement.

Bitcoin in China: A volatile ride

The global value of cryptocurrencies such as Bitcoin have fluctuated in the last year, in part because of increasing regulations in China as officials ramp up efforts to prevent speculation and money laundering.

Chinese officials said in June that more than 1,000 people had been arrested after purchasing cryptocurrencies with profits from criminal activities.

Before Friday's pronouncement from the People's Bank of China, several Chinese provinces had already banned mining cryptocurrencies due to the strain on the power supply.

Additionally, overseas exchanges will be barred from serving mainland investors and financial institutions, and payment processing firms and internet companies facilitating cryptocurrency trades will be blocked by the Chinese government.

Firms will also be prohibited from using a variety of terms for cryptocurrency in their names and in the scope of their business activities. The list of banned terms and areas for businesses includes "virtual currency," "virtual assets," encrypted currencies" and "encrypted assets."