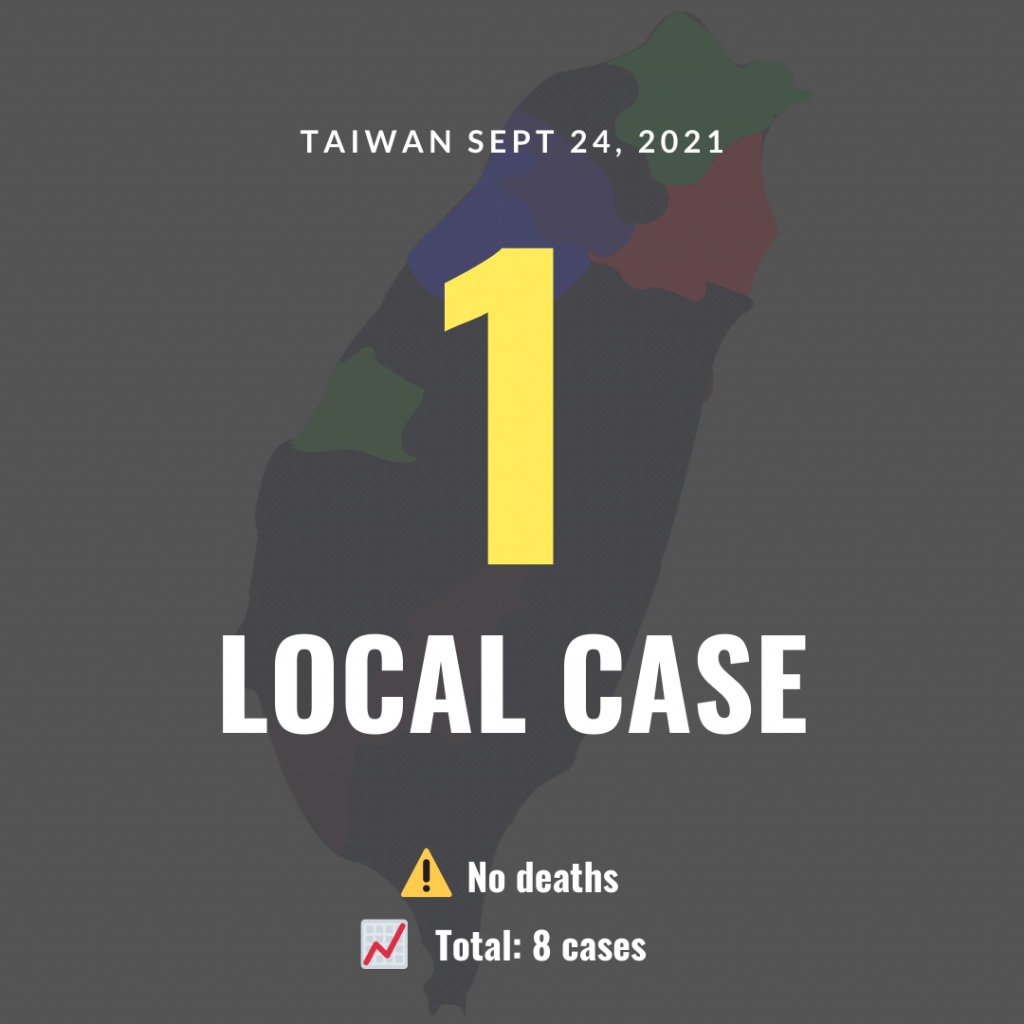 The sole local case reported on Friday, case No. 16,286, is a woman in her 20s who sought medical attention for a fever on Sept. 7 but received a negative result on a rapid antigen test. On Sept. 22, she was required by her employer to undergo a second coronavirus test and was diagnosed with COVID-19 on Sept. 24.

Of the 829 deaths from local infections, 411 were in New Taipei, 318 in Taipei, 28 in Keelung, 26 in Taoyuan, 15 in Changhua County, 13 in Hsinchu County, five in Taichung, three in Miaoli County, two each in Yilan and Hualien counties, and one each in Taitung County, Yunlin County, Tainan City, Nantou County, Kaohsiung City, and Pingtung County. The 12 other deaths were imported cases.