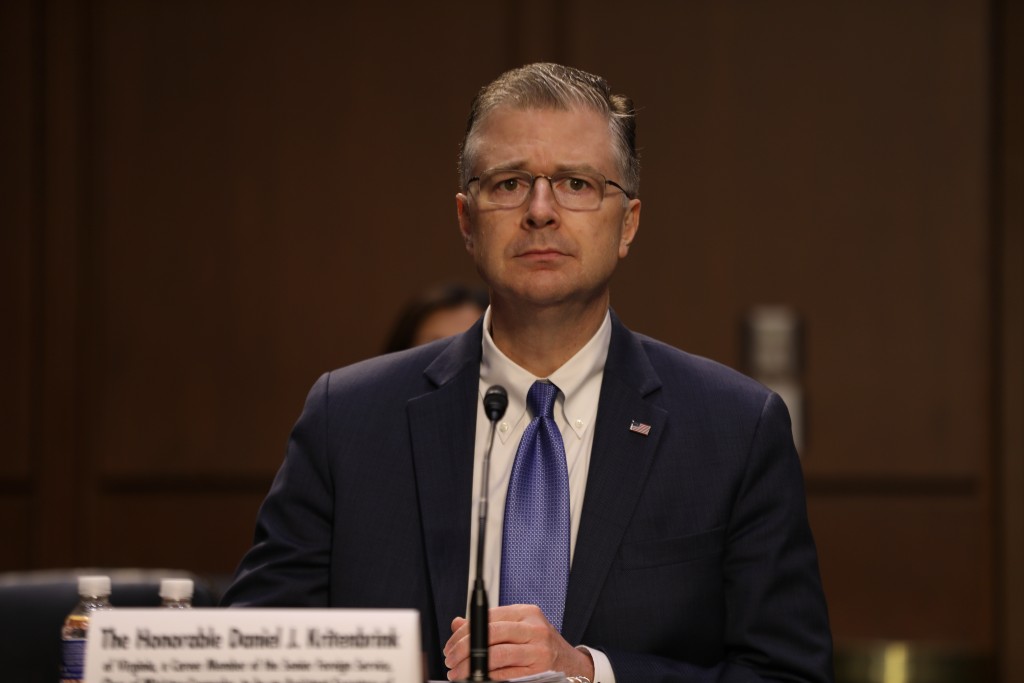 TAIPEI (Taiwan News) — The U.S. Senate on Thursday (Sept. 23) approved the appointment of Daniel Kritenbrink, who advocates closer relations with Taiwan, as the assistant secretary of state for the Bureau of East Asian and Pacific Affairs.

The Senate agreed 72 to 14 on Kritenbrink’s nomination after months of stalling by several Republican senators looking for political concessions, according to CNA.

The top U.S. diplomat for East Asia has pledged more engagement with Taiwan in every sector. He told a Senate Foreign Relations Committee hearing in June that his priority would be to rejuvenate ties with allies, including “developing a robust relationship with Taiwan,” Reuters quoted him as saying.

While Washington upholds the “one China” policy, U.S. response has to be “calibrated” as Beijing grows ever more aggressive toward Taiwan, he suggested, when asked to comment on the U.S. stance of “strategic ambiguity” when it comes to defending Taiwan.

Noting the two sides cooperate on many fronts and that Taiwan plays a critical role in global health, Kritenbrink has said the U.S. should support a greater role for the country in the international community, per CNA.

The career diplomat joined the State Department Foreign Service in 1994, having been posted to China, Japan, and Vietnam. He made headlines in February for making a rap video with a Vietnamese singer in celebration of the Lunar New Year.