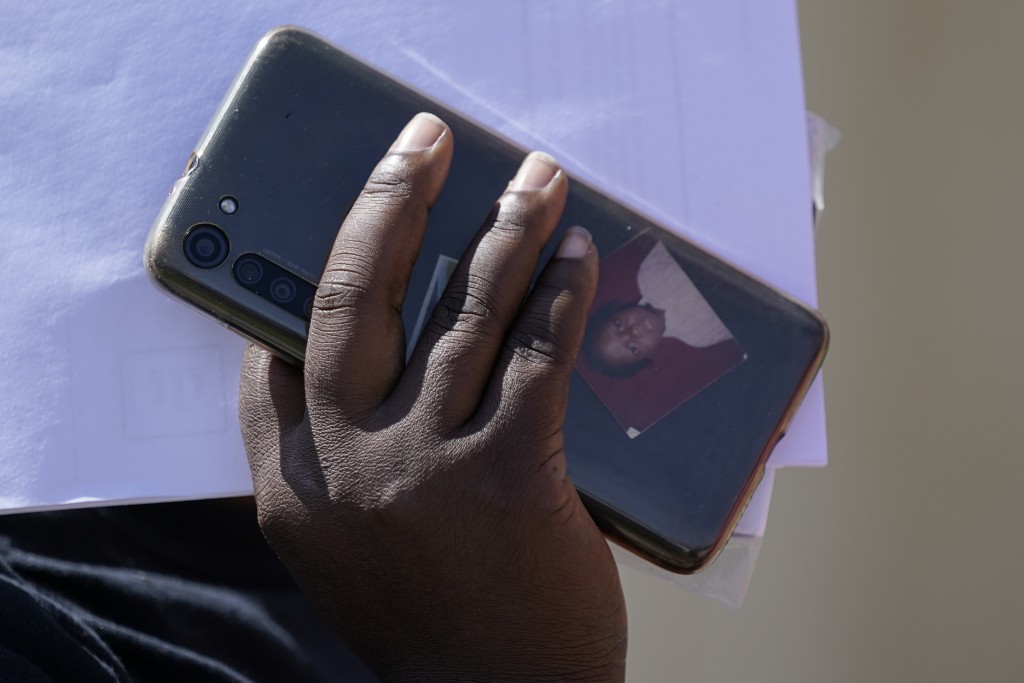 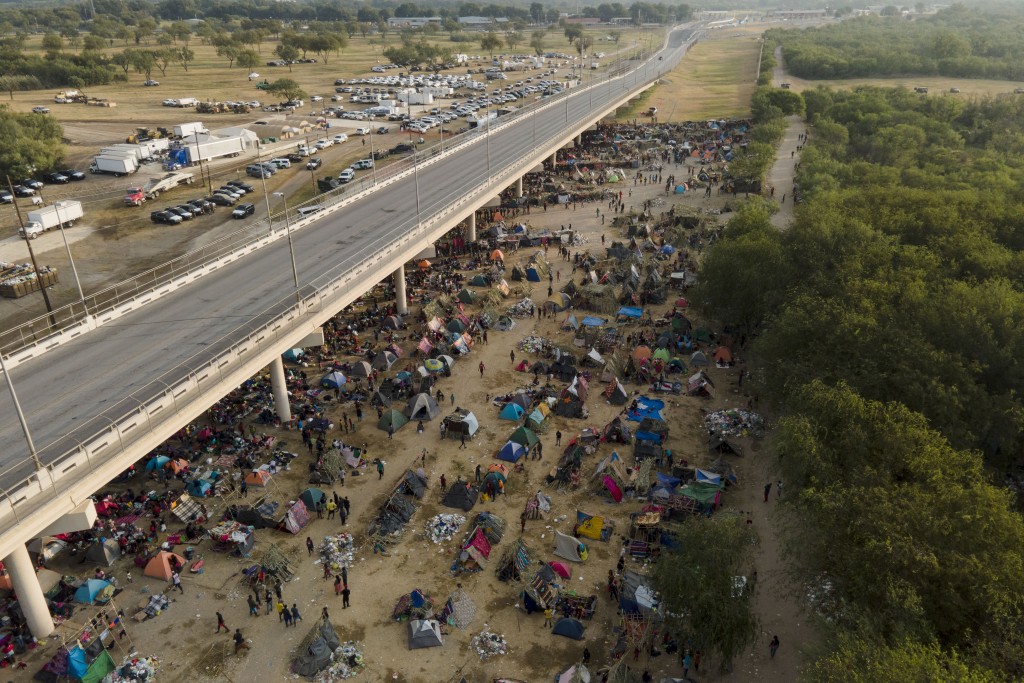 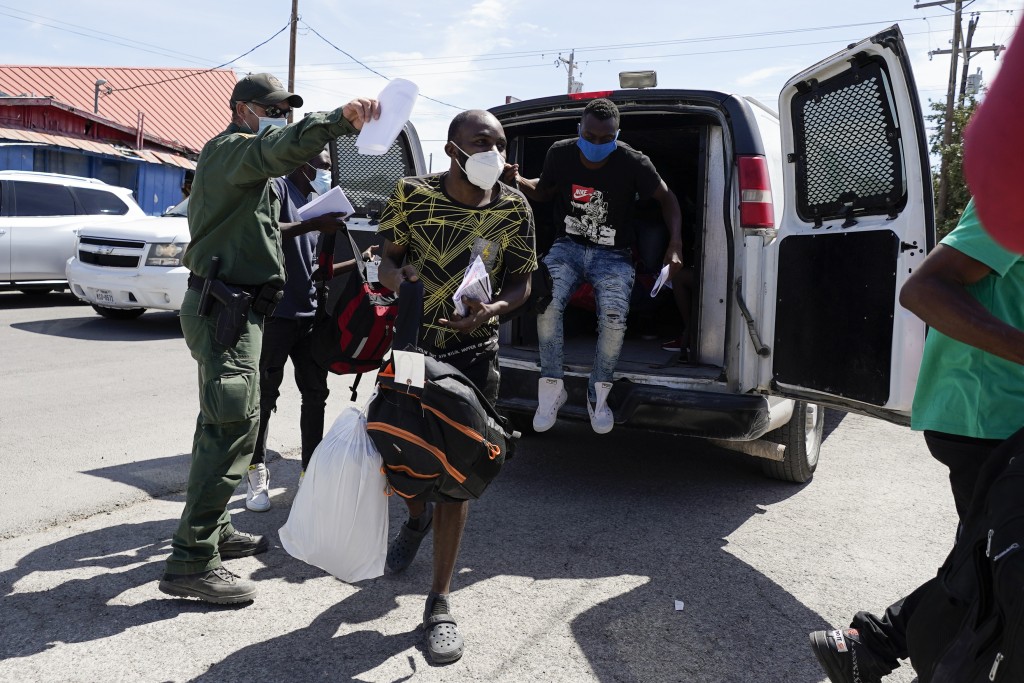 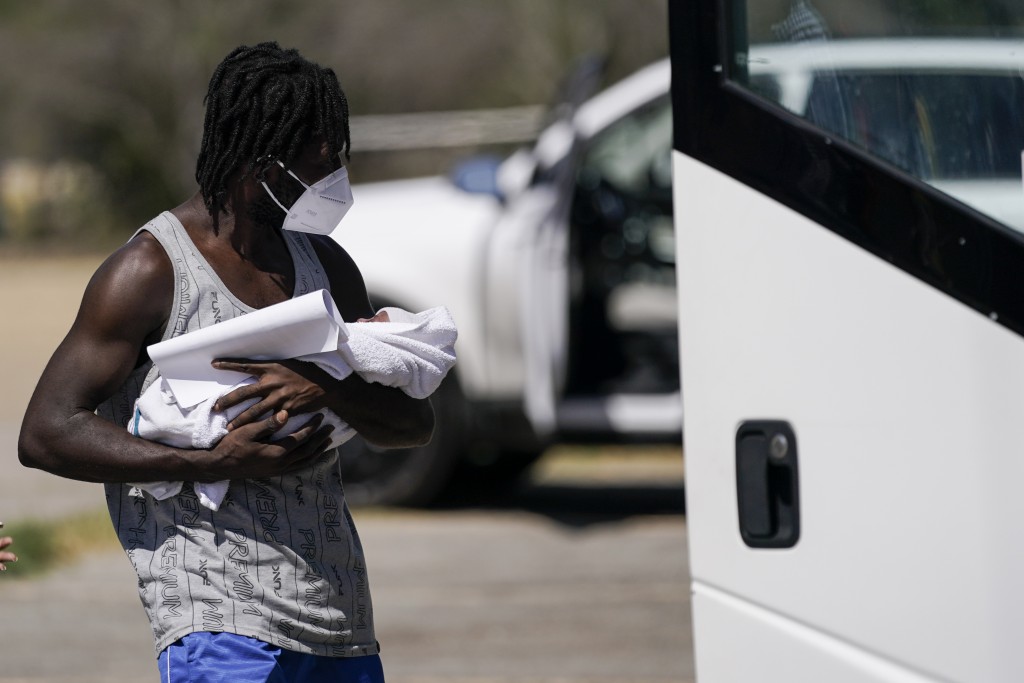 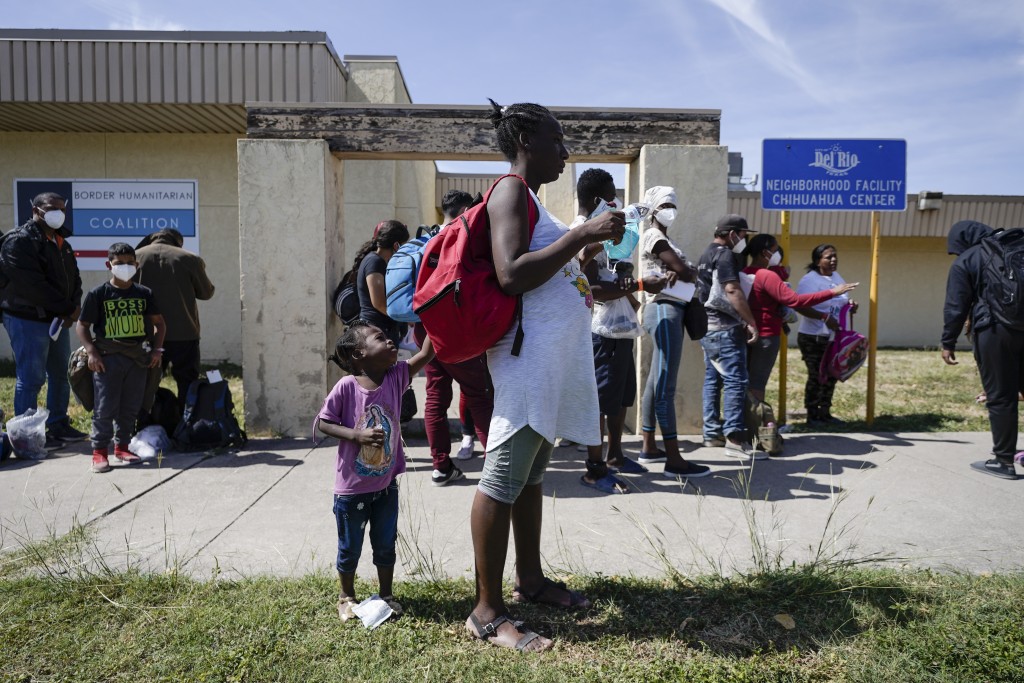 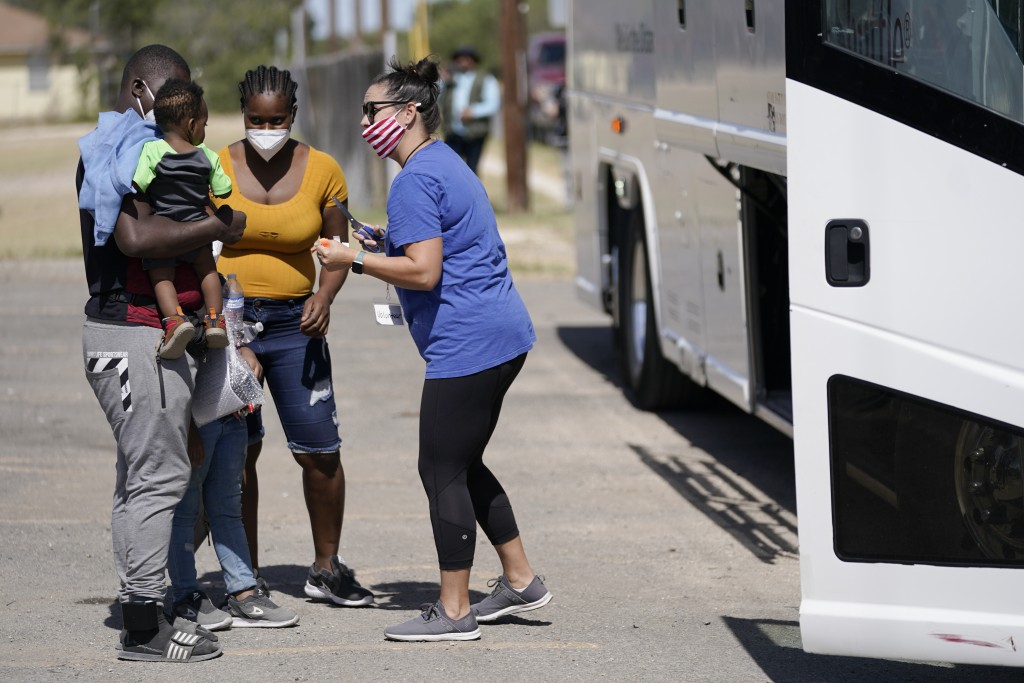 DEL RIO, Texas (AP) — For the final leg of his journey from Chile to the United States, Haitian migrant Fabricio Jean followed detailed instructions sent to him via WhatsApp from his brother in New Jersey who had recently taken the route to the Texas border.

His brother wired him money for the trip, then meticulously mapped it out, warning him of areas heavy with Mexican immigration officials.

“You will need about 20,000 pesos (about $1,000 U.S. dollars) for the buses. You need to take this bus to this location and then take another bus,” recounted Jean, who spoke to The Associated Press after reaching the border town of Del Rio.

What Jean didn’t expect was to find thousands of Haitian migrants like himself crossing at the same remote spot. The 38-year-old, his wife and two young children earlier this month joined as many as 14,000 mostly Haitian migrants camped under a Del Rio bridge.

A confluence of factors caused the sudden sharp increase at the Texas town of about 35,000 residents. Interviews with dozens of Haitian migrants, immigration attorneys and advocates reveal a phenomenon produced partly by confusion over the Biden administration’s policies after authorities recently extended protections for the more than 100,000 Haitians living in the United States.

It also reflects the power of Facebook, YouTube and platforms like WhatsApp, which migrants use to share information that can get distorted as it speeds through immigrant communities, directing migration flows. That's especially true for tight-knit groups like the Creole-and-French-speaking Haitians, many of whom left their homeland after its devastating 2010 earthquake and have been living in Latin America, drawn by Brazil and Chile's once-booming economies.

In extending protections for Haitians this spring, the Biden administration cited security concerns and social unrest in the Western Hemisphere’s poorest country.

Homeland Security Secretary Alejandro Mayorkas said the temporary protections were limited to those residing in the U.S. before July 29 — but that condition was often missing in posts, leading Haitians outside the United States to believe they, too, were eligible.

Mayorkas acknowledged that this week, saying “we are very concerned that Haitians who are taking the irregular migration path are receiving misinformation that the border is open," or that they qualify for protected status despite the expired deadline.

“I want to make sure it is known that this is not the way to come to the United States," he said.

Thousands of Haitians have been stuck in Mexican border towns since 2016, when the Obama administration abruptly halted a policy that initially allowed them in on humanitarian grounds.

Online messages touting the Mexican town of Ciudad Acuña, across from Del Rio, started after President Joe Biden took office and began reversing some of the Trump administration's immigration policies.

Ciudad Acuña has been spared the drug and gang violence seen elsewhere along the border. Some of the social media posts recommending it appear to have come from human smugglers seeking to drum up business, according to immigrant advocates.

Haitians began crossing there this year, but their numbers ballooned after a Biden administration program that briefly opened the door to some asylum seekers ended, said Nicole Phillips, of the San Diego-based Haitian Bridge Alliance, which advocates for Haitian migrants. The program allowed in a select number of people deemed by humanitarian groups to be at high risk in Mexico.

“That’s why they rushed at this time to get in," she said. “They realized they wouldn't be able to get in legally through a port-of-entry like they were hoping."

Del Rio is just one example of how technology that has put a smartphone in the hands of nearly every migrant is transforming migration flows, according to advocates. Migrants often monitor the news and share information on routes. The most popular platform is WhatsApp, which connects 2 billion people worldwide.

In 2020, after Turkey announced that the land border with Greece was open, thousands of migrants headed there – only to find the gates closed on the Greek side. Similar sudden mass migrations have happened elsewhere in Europe.

In 2018, social media posts and WhatsApp messages fueled caravans that swelled to 10,000 mostly Central American migrants who arrived at the U.S.-Mexico border.

Last week, in a Facebook group for Haitians in Chile with 26,000 members, one member posted specific instructions on routes through Mexico. It included paths to avoid and recommended certain bus companies.

“Good luck and be careful,” said the post, written in Haitian Creole.

Another member shared a different route in the comments. The group's members have since relayed stories of horrific conditions in Del Rio and risks of being deported.

The International Organization for Migration found most of the 238 Haitians who were surveyed in March after passing through a 60-mile (100-kilometer) stretch of jungle between Colombia and Panama known as the Darien Gap received route information from family or friends who had made the dangerous trek.

About 15% said they saw instructions on the internet.

Agency spokesman Jorge Gallo said the instructions led the migrants to believe crossing the gap was "difficult but not impossible.”

But just as similar messages drew many Haitians to Del Rio, news of the Biden administration deporting hundreds on the Texas border caused some to change their plans.

A 32-year-old Haitian woman who made it to Del Rio with her two teenage children bought bus tickets to Mexico City after receiving a cousin's audio message via WhatsApp. She previously lived in Chile for four years.

“Wait in Mexico until this month is over. They will pick up everyone under the bridge. After that, they will give me the contact to enter Miami,” said the recording in Creole, which she played for an AP reporter. The AP is withholding the woman's name to protect her safety.

Facebook Inc., which owns WhatsApp, allows people to exchange information about crossing borders, even illegally, but its policy bars posts that ask for money for services that facilitate human smuggling.

Robins Exile said he and his pregnant wife, who left Brazil after he lost his job amid the pandemic-wracked economy, headed to Tijuana, Mexico, instead after seeing warnings via YouTube and WhatsApp from fellow Haitian migrants.

“A lot of Haitians are advising now not to come to Acuña. They say it’s no longer a good place,” he said.

On Wednesday, Antonio Pierre, 33, who was camped in Del Rio with his wife and daughter, listened to the news on his friend’s cellphone.

“The U.S. is releasing some but just a few,” he said, referring to U.S. officials who told the AP on Tuesday that thousands of Haitians in custody were being let go and ordered to report to an immigration office, contradicting the Biden administration’s announcement that all Haitians camped in the town would be expelled to Haiti.

Nelson Saintil and his wife and four children had been camped in Texas but moved back to Mexico as they awaited word on where to go next to avoid deportation.

“I do not want to be like mice who do not find out that they are falling into a trap," he said. “Because returning to Haiti is to bury a person alive."