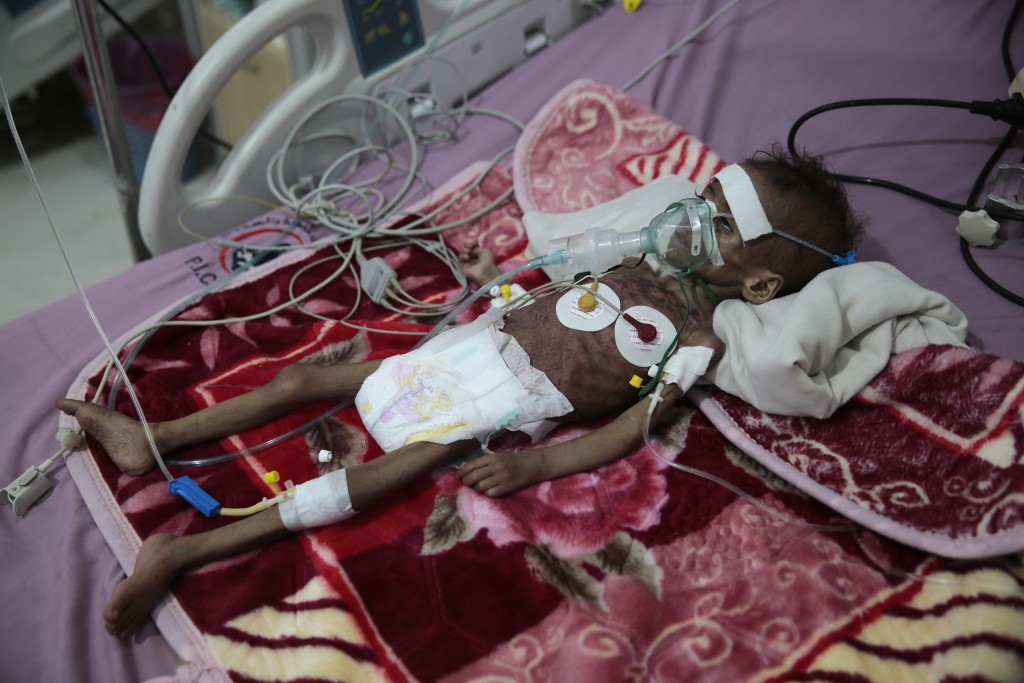 BEIRUT (AP) — There was a time not long ago when uprisings and wars in the Arab world topped the agenda at the U.N. General Assembly meetings in New York.

With most of those conflicts in a stalemate, the world’s focus has shifted to more daunting global challenges such as the still raging coronavirus pandemic and climate change, as well as new crises in Ethiopia’s embattled Tigray region and the Taliban takeover of Afghanistan.

But the situation in the Middle East has deteriorated significantly in more countries and in more ways in the last two years. Lebanon, Syria, Iraq, Libya and Yemen are teetering on the brink of humanitarian catastrophe, with skyrocketing poverty and an economic implosion that threatens to throw the region into even deeper turmoil.

“The region’s been crowded out by other global crises, but there’s also a sense of Western hopelessness after so many years of crisis,” said Julien Barnes-Dacey, the director of the Middle East and North Africa program at the European Council on Foreign Relations.

After more than a decade of bloodshed and turmoil sparked by Arab Spring uprisings and an Islamic State group onslaught, most of the region's Arab countries have settled into a military stalemate or frozen conflict, accompanied by worsening economies, rising poverty rates and heavier repression.

In Yemen, an ongoing six-year-war has spawned the world’s worst humanitarian crisis, leaving the country on the brink of famine. The head of the U.N. food agency warned Wednesday that 16 million people there “are marching towards starvation." Libya, torn apart for years by rival militias backed by foreign governments, is struggling to find unity. From its shores, more and more desperate people risk their lives trying to cross the Mediterranean Sea to Europe.

Iraq, Syria and Lebanon, once countries that made up the cultural heart of the Middle East, are all witnessing a significant economic unravelling, spurred among other things by corruption and political leaders focused on preserving their own interests rather than meeting their people’s basic needs.

The most shocking fall in the past two years has been Lebanon, a tiny, multi-religious nation on the eastern Mediterranean with the highest per capita proportion of refugees in the world. The country has been in freefall since a financial crisis began in late 2019, plunging about three quarters of the population into poverty in the past months and triggering a brain drain not seen since the 1975-90 civil war days. That has been accelerated by the massive explosion at the port of Beirut in August 2020 that killed more than 200 people and destroyed parts of the city.

Long proud of their entrepreneurial skills, Lebanese now struggle to get electricity, fuel or medicine, and most households can hardly scrape together enough for their next meal.

“If you’re a Lebanese civilian, there is probably more likelihood to die from medicine shortages in 2021 than there was from a bullet in the 1970s and 1980s,” said Joyce Karam, a Lebanese journalist and adjunct professor of political science at George Washington University.

“The economic devastation is eating at the pillars of the state in a way that is getting to a point of becoming irreversible.”

A complete collapse in Lebanon could send a new wave of refugees to Europe. In Iraq, gripped by poverty, poor infrastructure and an unresolved displacement issue, desperation could lead to renewed violence.

Also getting little traction so far this year is this summer's 11-day Gaza War, the latest round of fighting between Israel and the Hamas militant group that rules the territory. More than 4,000 homes in Gaza were destroyed or severely damaged and 250 people killed, most of them civilians. Thirteen people died in Israel.

“How many more homes will be lost? How many more children will die before the world wakes up?” Jordan's King Abdullah said in pre-recorded remarks to the U.N. General Assembly.

While many U.N. General Assembly gatherings in the past 10 years were characterized by a flurry of diplomatic activity to find a political solution for crises in Mideast countries, none of them are expected to feature prominently, if at all, in this year's meetings in New York.

“Western actors feel out of ideas and energy in terms of focusing high-level attention on putting the region on a better track, particularly given wider global challenges,” Barnes-Dacey said.

A combination of war weariness, donor fatigue and a long list of other world problems has forced Syria, Yemen and other Mideast conflicts into a back seat, with world leaders seemingly resigned to live with wrecked and divided nations for the foreseeable future.

In his first address before the U.N. General Assembly on Tuesday, President Joe Biden did not mention the Arab world’s festering crises, focusing instead on global issues of the COVID-19 pandemic, climate change, tensions with China and the U.S. withdrawal from Afghanistan.

Karam, the Lebanese journalist, said the Biden team has its hands full between COVID-19, exiting Afghanistan and pivoting to Asia.

“But they’re running the risk of letting these crises fester and being forced to step in later when they become out of control or a threat to U.S. interests,” she said.

Still, analysts say neither Europe nor the West can afford to ignore the economic implosion happening in the Middle East.

“For Europe, having much of its eastern and southern border turning into one huge arc of crisis is first of all a lost opportunity of staggering magnitude,” said Heiko Wimmen, project director for Iraq, Syria and Lebanon at the International Crisis Group. He said destabilization will project itself into Europe and, to a lesser degree because of the distance, the U.S., by fueling desperation, migration and instability and at the same time giving momentum and credibility for far right ideological tendencies.

He said while the U.S. may want to extract itself from the region, the Europeans don’t have this luxury.

“You can’t be safe if your neighbors’ house is on fire,” Wimmen said.