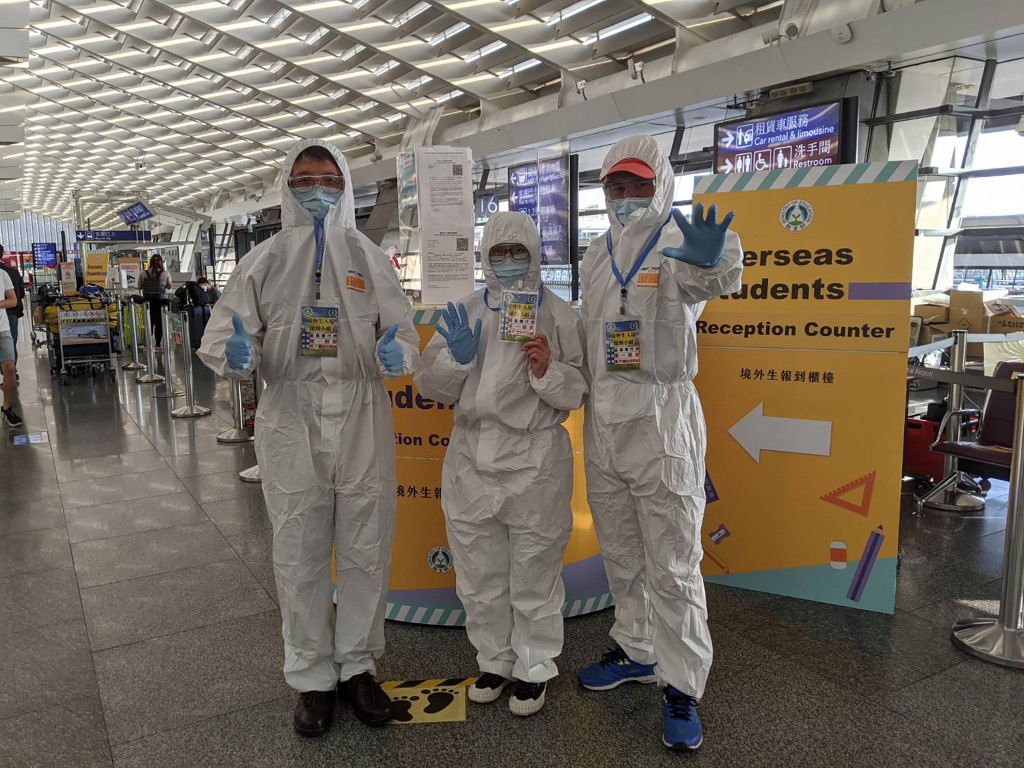 The reason why no vaccines were developed for the severe acute respiratory syndrome (SARS) in 2003 stems from the fact that, by the time scientists were done with animal testing and ready to conduct mass clinical trials, the outbreak was nearing an end, and there was no longer a real-world environment for phase three tests.

The deadly disease originated from China. SARS expert Zhong Nanshan (鍾南山) said at the time, “The development of the SARS vaccine was extremely difficult; the full approval process would have lasted until 2006, but by that time there would be no patients left. So we dropped the project.”

The disappearance of the virus led to the absence of SARS vaccines. Lately, academics have begun considering the issue retrospectively, and someone presented a report on Aug. 19 of this year that was published in the New England Journal of Medicine.

The report focused on previous SARS patients who received the Pfizer vaccine, and results showed that those who recovered from SARS demonstrated strong immune responses. The antibodies that these people developed were able to fight off various variants of the COVID-19 virus (including Delta), as well as 10 different coronaviruses in animals. This means that “natural immunity” is extremely powerful — even after so many years, the immune system retains its memory and makes use of it.

This triggered a string of discussions. Why has the SARS virus disappeared? Is it possible that COVID will also gradually disappear? Or will it become like the flu, prevailing every winter?

Masked palm civets are considered to be the source of the SARS coronavirus because the genome sequence of the Civet SARS-CoV is around 99.8% similar to the virus that infected humans. Additionally, the few infected patients early in the SARS epidemic all came into contact with masked palm civets in a market.

Since the end of SARS’ spread, investigations tracing the virus’ origin have stopped as well, and no one carried on the discussion of whether masked palm civets really were the “intermediate hosts.” The one question that remains is that masked palm civets have not disappeared, and they continue to be in contact with humans, so why does the highly similar SARS virus no longer transmit to and infect humans?

In fact, there has always been suspicion that the SARS virus came from a laboratory leak, since if it were a laboratory leak, it was inevitable that the virus would eventually vanish from the face of the Earth. Due to the lack of animals as an “intermediate host,” which “reinforces” the virus, the virus’ mutation would only spread between humans and would finally weaken and disappear.

Currently, COVID origin-tracing investigations have indicated laboratory leak as a possible cause; does that mean after a year or two, COVID will disappear just like SARS?

Since 2019, over a period of almost two years, experts including the WHO have not yet found an animal host. The most similar bat genome, RaTG13, has only shown a 96.2% similarity.

One little difference in genetics actually makes a huge difference; chimpanzees and humans share 98% of genes, and yet? Quite a distinction! The COVID virus is an RNA virus composed of 30,000 nucleotides while SARS contains 29,714 bases. A 1% difference means a difference of 300 nucleotides, which translates into a lot of genetic differentiation.

Therefore, since experts have not 100% identified the animal host for either SARS or COVID, is it possible that the viruses were artificially modified in laboratories? The assumption cannot be easily dismissed, and this was the core reason why, during the highly secretive G7 meeting this year, political leaders around the world quickly agreed to relaunch the “virus origin investigation” regarding China.

Given the many variants that keep appearing as mass infections spread among the world’s population, what experts around the world want to know right now is whether it is possible to achieve “zero infections” in countries with a 100% vaccination rate. The answer is negative.

SARS’ “zero infection rate” did not come from vaccines, but more likely from weakened virus variants that died out on their own. Variants of the COVID virus are also weakening, especially reflected in the decreasing severe case and death rates around the world.

In other words, while variants are more infectious, they are less vicious and less lethal and result in the disappearance of the more lethal “original Wuhan virus,” as variants have replaced it in the process of mass human infections.

In developed countries nowadays, most people get a boost in immunity with the help of vaccines on top of their “natural immunity.” Therefore, before it is possible to achieve “zero infections,” the alternative goal has become low severe case and death rates as countries end lockdowns and reopen. This is actually an application of the global flu prevention model developed through the years.

With the added help of wearing masks, flu season was basically eliminated. Many private clinics saw sharp decreases in flu patients, with at least 30% fewer patients. Just administering vaccines (single dose) to 5.6 million people have helped yield such results. Of course, it is not “zero infections,” but severe case and death rates have dropped so low that there were no public health system crises.

The rest of the problem then, centers on how do we teach the public to accept that “it is impossible to achieve zero infections” in the short term; to accept, with the same mindset one has in battling the flu, that this new coronavirus will eventually turn “flu-like”; and finally, to restore normal life to the entire society?

The key lies in the central and local governments’ epidemic prevention operations and whether their purposes have been adjusted according to science or whether “political considerations” still interfere with the implementation of policies to a degree.

Taiwan as an island nation has the advantage of easy lockdowns and achieved what can almost be described as “glass-house COVID prevention.” By blocking imported cases, Taiwan maintained a piece of “unpolluted land” amidst a storm of global infections, garnering praise for successful COVID prevention.

Yet when the storm gradually blows over and countries come back to life from the pandemic, the many people who recovered are now armed with “natural immunity” and form a line of defense. With the additional aid of vaccines, they have returned to a relatively normal lifestyle.

Taiwan is still “the unpolluted land within the glass house,” short of the basic shield of herd immunity that came from “natural immunity” and reliant on mass vaccination for protection. The country needs to learn to “coexist with the virus” instead of fixating on “zero infections.”

In Singapore, over 80% of the population has received two doses of vaccines, but after reopening, there are still daily “confirmed cases” that show light or no symptoms. From a scientific standpoint, these patients are protected by antibodies and will soon test negative; therefore, there is no reason to worry. This is a classic example of “coexisting with the virus.”

As the virus rages on, the Taiwan model helped the country become a COVID prevention role model applauded by the world. It seems miraculous that a country so close to China is so far from the virus.

Though an outbreak did occur in May, Taiwan curbed the rate of spread from hundreds of new cases a day to single digits within four months — and with a lack of vaccines. This forged another public health miracle.

How do we switch gears now and transition from a state of lockdown to reopening? That will be another miracle on its own.

The international environment gives Taiwan an advantage right now, as the virus continues to weaken through infection, spread, and mutation outside of Taiwan. The country continues to make progress on acquiring vaccines, and within a month over 15 million people, or around 65%, will have received one dose. However, the number of fully vaccinated Taiwanese currently only stands at 1,715,597, or 7.3%, as of Sept. 21.

Singapore no longer believes in the myth of “zero infections” and now trusts that being infected with virus variants after vaccination comes with benefits, as it is equivalent to getting an additional “natural vaccine” in reality and reinforces the body’s immunity. Herd immunity is thus solidified; hence, lifting the lockdown and reopening is necessary for the advancement of our battle against COVID.

The countries that “coexist with the virus” reached the conclusion after examining scientific theories and evidence. The idea that “vaccinated people may still get breakthrough infections” is in fact a misunderstanding of the purpose of vaccines. The goal for vaccines is to deal with “breakthrough infections” by providing “weapons” for the body — antibodies and exclusive immunocytes — that have the ability to fight virus variants and “update” immunocyte memory in the process.

Lately, some people have called for a third dose of vaccine, particularly one created based on a new virus variant. This claim overlooks the innate immunity that comes with the human immune system. Getting a third dose might not help achieve “zero infections” nor prevent “breakthrough infections,” and in the end, the human immune system will still take care of everything.

In the next two months, over 80% of Taiwan’s population, around 19 million people, will have received the first dose. We are not far from the goal, and the total amount of vaccines in stock is actually enough for us to reach the goal.

Taiwan needs to gradually reinstate daily activities and lift border restrictions. This is what Singapore did, with the objective to start reaping the benefits of operating within the “contact economy” of the globalized service industry again.

“Reopening” is a consensus that the central and local health departments must reach, and a goal that political parties, in power or not, must promote. A debate is about to occur at the Legislative Yuan, and the topic should be “how we will reopen” instead of “a competition to see who is better at lockdowns.”

Hope lies only in reopening, while lockdowns will lead to collapse. COVID prevention must be backed by science, and if there are questions about science, they must be answered by more science.