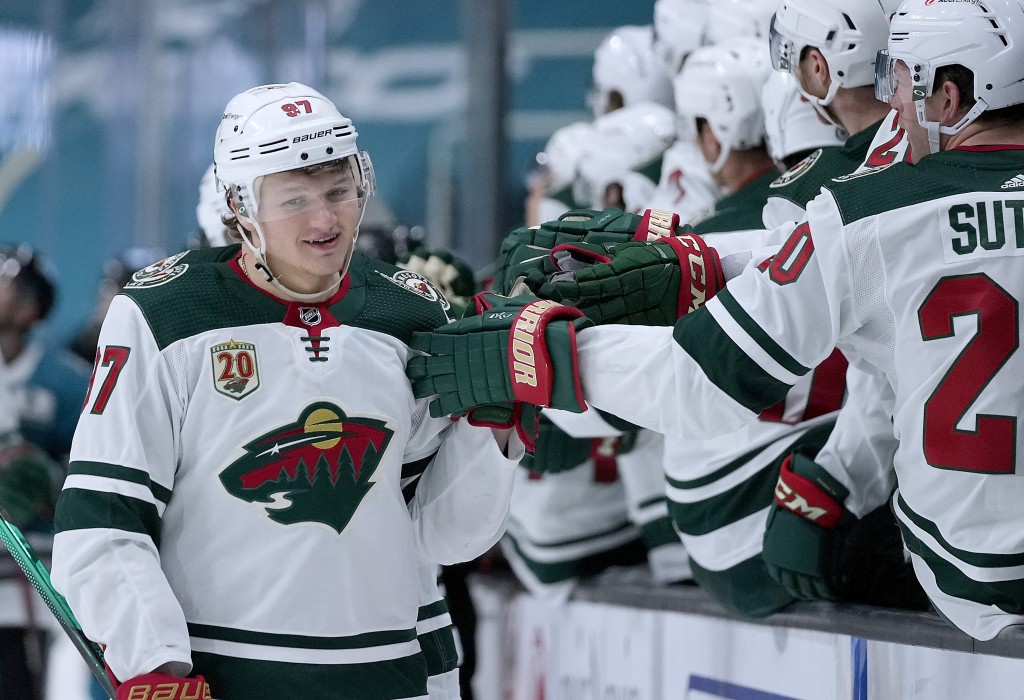 ST. PAUL, Minn. (AP) — These complex contract negotiations between the Minnesota Wild and Calder Memorial Trophy winner Kirill Kaprizov were crawling closer and closer to training camp, and neither side wanted to cope with such a distraction for the budding star left wing.

For general manager Bill Guerin, there was only one way to get this deal done before the start of the season: with an old-fashioned, face-to-face conversation.

“It’s easy to be tough on people over the phone and over a Zoom call or something like that, but you can’t beat meeting in person,” Guerin said on Wednesday at team headquarters, the day after the Wild signed Kaprizov to a five-year, $45 million contract.

The technological ease of remote communication these days and the increase in physical separation created by the COVID-19 pandemic have made these human connections all the more valuable.

Kaprizov recently traveled from his native Russia to the Miami area, where he satisfied his international quarantine requirement and received his COVID-19 vaccine to put himself in position to immediately take the ice once an agreement was reached. Such planning by Kaprizov and his agent, Paul Theofanous, only helped strengthen their relationship with Guerin, who was doing all he could this summer to resist becoming impatient.

When Theofanous asked Guerin on Monday to fly to Florida so the two sides could take the stalled talks across the finish line, he was there by dinnertime.

Drafted in the fifth round in 2015, Kaprizov stayed and played in the KHL in his native Russia until finally signing with Minnesota in July 2020. He was a restricted free agent who could only negotiate with the Wild, but his instant success on NHL ice with 27 goals and 24 assists drove up his price despite having only 55 regular-season games on his resume. Kaprizov received 99 of 100 first-place votes for the Calder award for the league's top rookie, the first Wild player to win it.

Guerin and Kaprizov hit it off at their first meeting in Russia two years ago. The flight from Florida to Minnesota on Tuesday was even more fun.

“He spoke English to me the whole time, by the way, the 3 1/2-hour flight. He used a little bit of Google Translate, but we had a great flight. We got caught up on a lot of different things, but it was all about just moving forward,” Guerin said.

This was clearly a case where Guerin's experience with 18 seasons as a player in the NHL paid off for him and the Wild, having been through his own contract-related conflicts from the other side.

“Most importantly, to kind of have some empathy for the player. And not once did I take it personally, or just say, ‘He doesn’t want to be here.’ No, he’s doing what he feels is right,” said Guerin, who was hired by the Wild in August 2019.

Now the Wild will turn anew to the 24-year-old Kaprizov to be the game-changing scoring threat they've long lacked.

“There’s not pressure, because now it’s easy for me when I signed. Now I just want to play. You know, it’s like, ‘Whew,’” Kaprizov said in English, as he raised then lowered his shoulders to emphasize a deep breath. “It’s OK.”