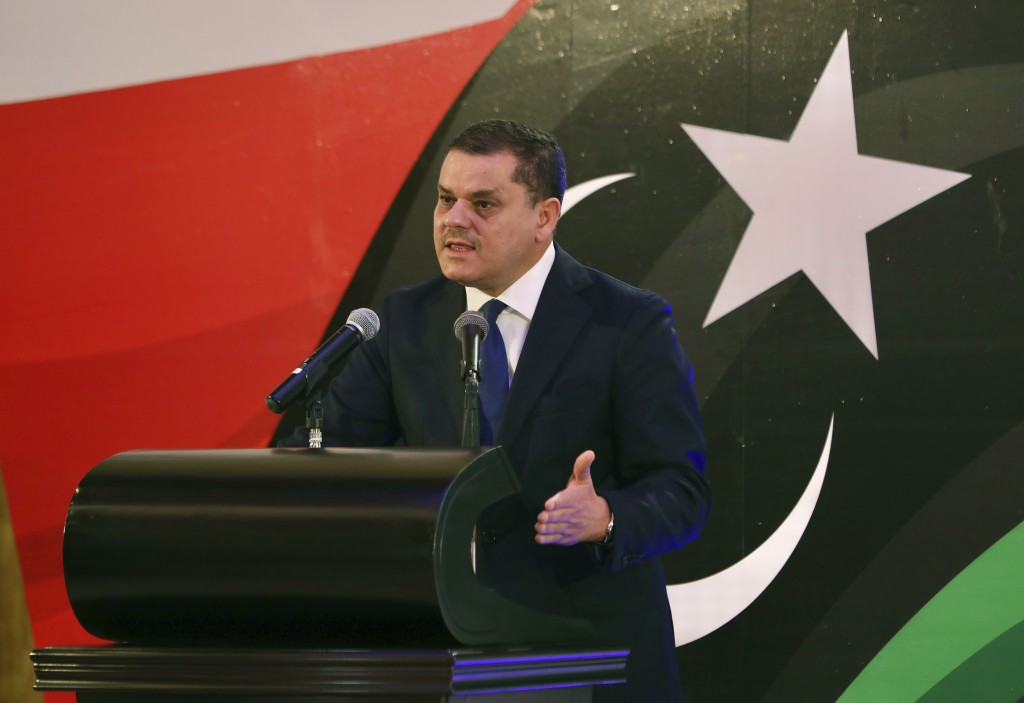 Prime Minister Abdul Hamid Dbeibah said after the vote, however, that his government would push forward with plans for elections in late December.

The vote took place in the parliament’s headquarters in the eastern city of Tobruk, said Abdullah Ablaihig, a spokesman for the legislature. He said 113 lawmakers attended the session, with 89 of them voting in favor of withdrawing confidence in Dbeibah's government.

Ablaihig said Dbeibah’s government would work as a caretaker administration but gave no timeframe for the appointment of another government three months before parliamentary and presidential elections planned for Dec. 24.

Dbeibah said his government would complete “what it has started in order to save the nation and hopefully unite it."

Speaking in a soccer ceremony in the western city of Zawiya, he said he backs holding elections according to schedule.

“We will not side with any party that wants to distract and destroy this nation,” the prime minister said, according to state-run LANA news agency.

Tuesday’s vote of no confidence is another challenge to December elections and impedes efforts to unite the oil-rich North African nation after a decade of turmoil.

Dbeibah, a powerful businessman from the western city of Misrata, was appointed earlier this year to lead the executive branch of an interim government that also includes a three-member Presidential Council chaired by Mohammad Younes Menfi, a Libyan diplomat from the country’s east.

The transitional government replaced two rival administrations — one based in the country’s east and another in the west — that had ruled Libya for years. Its main goal has been preparing the country for elections.

In a statement later Tuesday, the United Nations mission in Libya expressed concerns about the no-confidence vote, saying the government “remains the legitimate Government up until it is replaced by another Government through a regular process, following the elections.”

The mission urged lawmakers to focus on adopting a law for the legislative elections, and called for the parliament's leadership to “advance efforts to build broad consensus on the emerging electoral legislative framework.” The statement was apparently referring to Speaker Aguila Saleh.

With mounting international pressure, the parliament earlier this month adopted a controversial presidential electoral law and said it is in the process of finalizing it for parliamentary elections.

However, the High Council of State, an executive institution that proposes electoral laws, complained that the law was adopted without consulting its members, which could derail the roadmap.

The delay in adopting election laws throws the election schedule into doubt.

Oil-rich Libya was plunged into chaos after a 2011 NATO-backed uprising toppled and killed longtime dictator Moammar Gadhafi. The elections have been seen by many as a step forward to end the country's divisions.