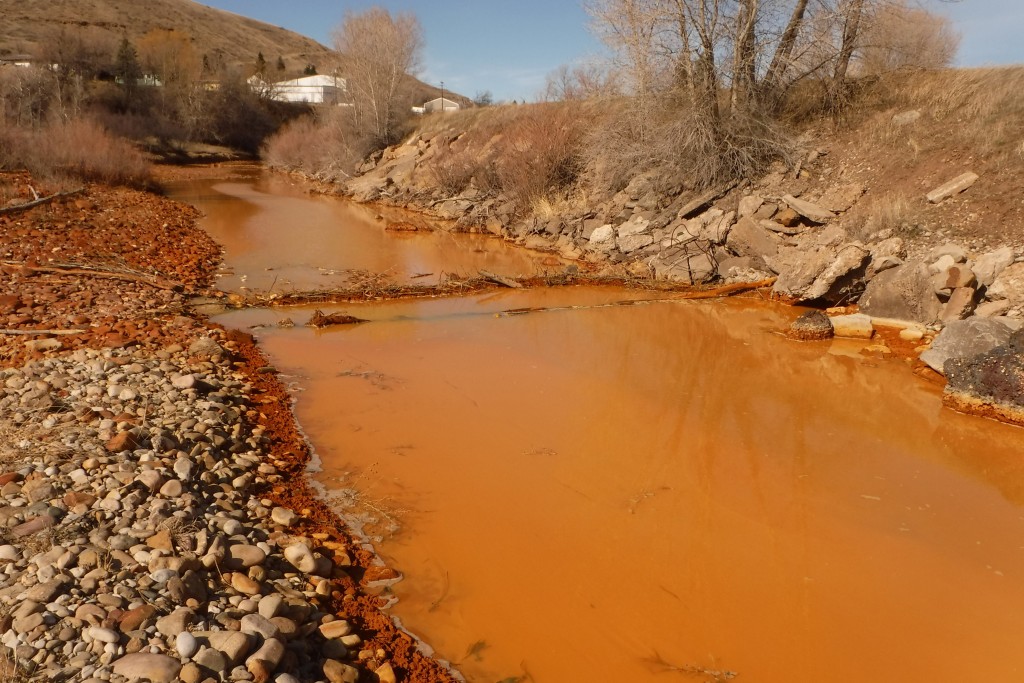 ST. LOUIS (AP) — Thousands of abandoned coal mines in the U.S. have been polluting rivers and streams for decades, in some cases harming fish and contaminating drinking water. Now efforts to finally clean up the sites could soon get a big boost.

Tucked into the Senate-passed infrastructure bill is $11.3 billion for the cleanup of defunct coal mines to be distributed over 15 years — money experts say would go a long way toward rehabilitating the sites that date back to before 1977. Cleanup efforts are currently funded by fees from coal mining companies, but that money has fallen far short of what’s needed to fix the problems.

“The next 15 years — if this passes — is literally a historic advancement in mine reclamation,” said Eric Dixon, a research fellow at the Ohio River Valley Institute.

In the past 40 years, only about a quarter of the damage has been cleaned up, he said.

Abandoned coal mines are concentrated along the Appalachian Mountains, with clusters also dotting the Midwest and Rocky Mountains. The sites can clog rivers with debris or pollute streams with harmful discharges caused by minerals exposed from mining, reducing fish populations and turning water brick red. Safety is another issue since people can topple into mineshafts and debris can fall from the mine's high walls.

Fees from companies to clean up the sites are collected under the Surface Mining and Reclamation Act of 1977, which sought to remedy the history of unregulated coal production that left abandoned mines around the country. Companies are now regulated so that sites are cleaned up once mining stops.

Among the states that need significant funding for mine cleanups are Kentucky, Ohio and West Virginia, according to the Interior Department.

Pennsylvania — which needs the most funding in the country — has 5,500 miles of streams with impaired water quality due to runoff from abandoned mines, according to state officials.

The problem has persisted for so long that some Pennsylvania residents are surprised when red streams in their backyard are finally cleaned up and change color, said John Stefanko of the Office of Active and Abandoned Mine Operations in Pennsylvania.

“These are streams that you wouldn’t want to walk through,” he said, noting that the sediment from the mine runoff can come off on people.

Another worry is property damage. In 2019, for example, a collapsed tunnel entrance blocked water from escaping an abandoned mine in Pennsylvania's Schuylkill County. State officials worried a rupture and deluge could threaten the houses downstream. Workers were able to fix the blocked tunnel.

The federal program that funds cleanups categorizes sites by priority, and those that pose a safety hazard to humans are bumped to the top of the list. Priority rankings can also rise if drinking water is affected. A site may be a lower priority if it only poses an environmental threat.

Elizabeth Klein, senior counselor to the Interior Secretary, said clean water is essential for the economic growth that many Appalachian communities are pursuing.

“It’s really hard to convince people to stay in a community where they don’t think they’ll have access to clean drinking water,” she said.

Some environmentalists want the bill’s language changed to ensure money will also be available for the maintenance costs that are sometimes required for cleanup projects that address water quality.

A single abandoned mine site can pose multiple problems; U.S. officials estimate $10.6 billion in construction costs would be needed to fix the more than 20,000 problems nationwide. Dixon of the Ohio River Valley Institute puts the price tag at nearly $21 billion when factoring in inflation, project planning costs and other expenses.

Dixon also noted that the federal inventory is incomplete, since states do not have to document all abandoned sites that do not pose a health or safety risk to people, even if they're environmentally damaging.

The bill would also extend the fees coal companies pay into the fund until 2034, though at a reduced rate.

Rebecca Shelton, the director of policy and organizing for the Appalachian Citizens’ Law Center, said coal company executives “have never paid enough” to clean up the problems and that their fees alone are not enough to fix the sites.

Ashley Burke of the National Mining Association said bigger fees would harm coal companies and make them less competitive, but that the industry supports the extension of a reduced fee.

The Associated Press receives support from the Walton Family Foundation for coverage of water and environmental policy. The AP is solely responsible for all content. For all of AP’s environmental coverage, visit https://apnews.com/hub/environment