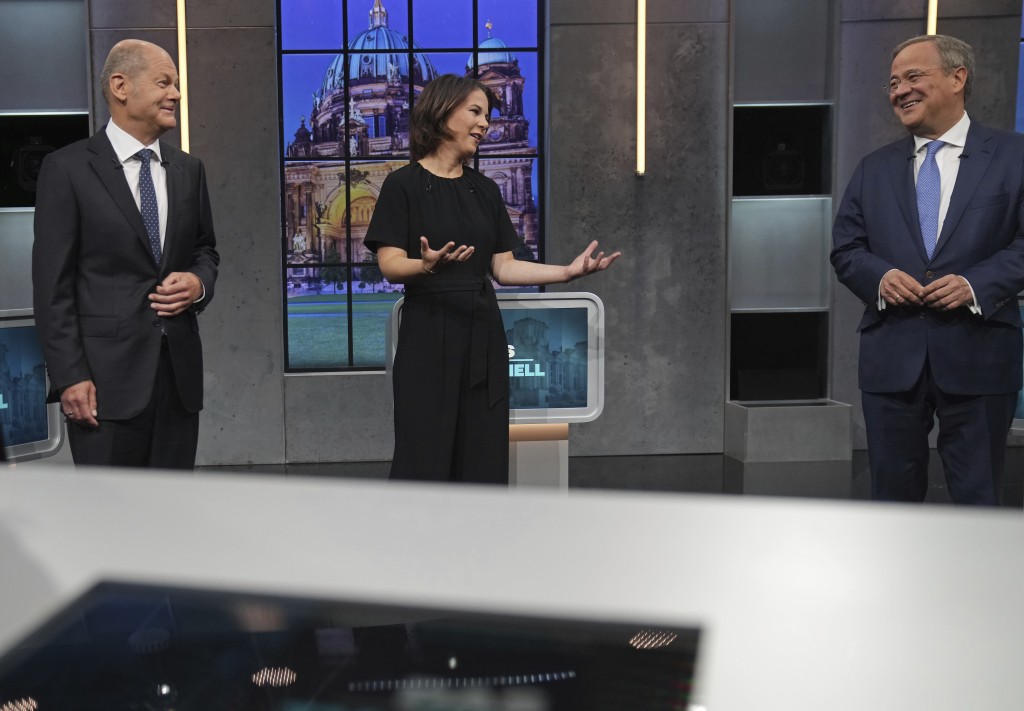 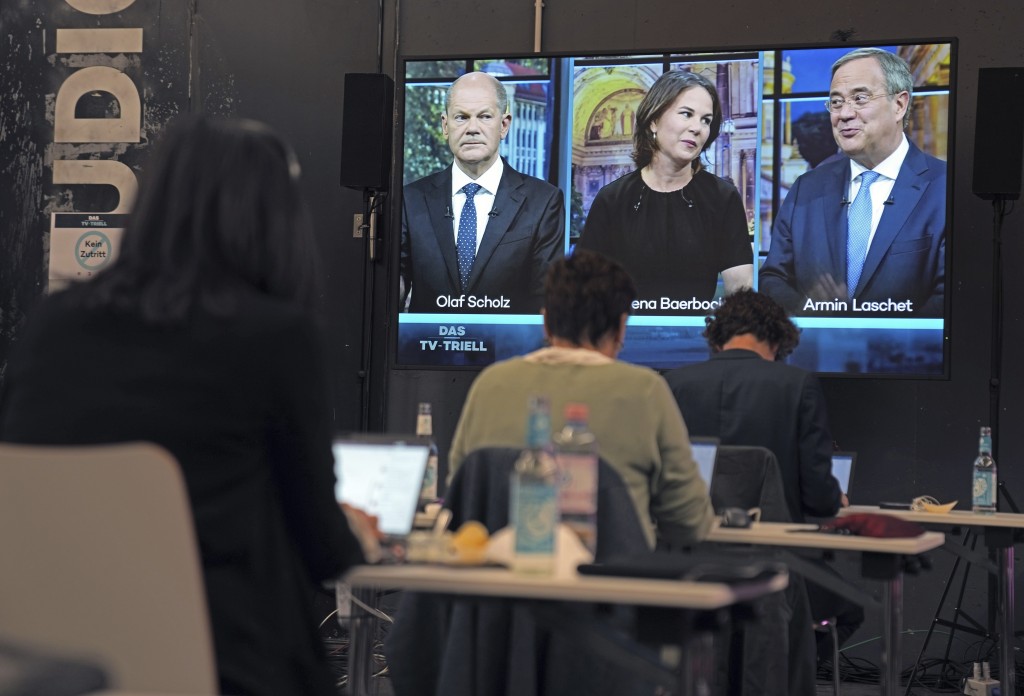 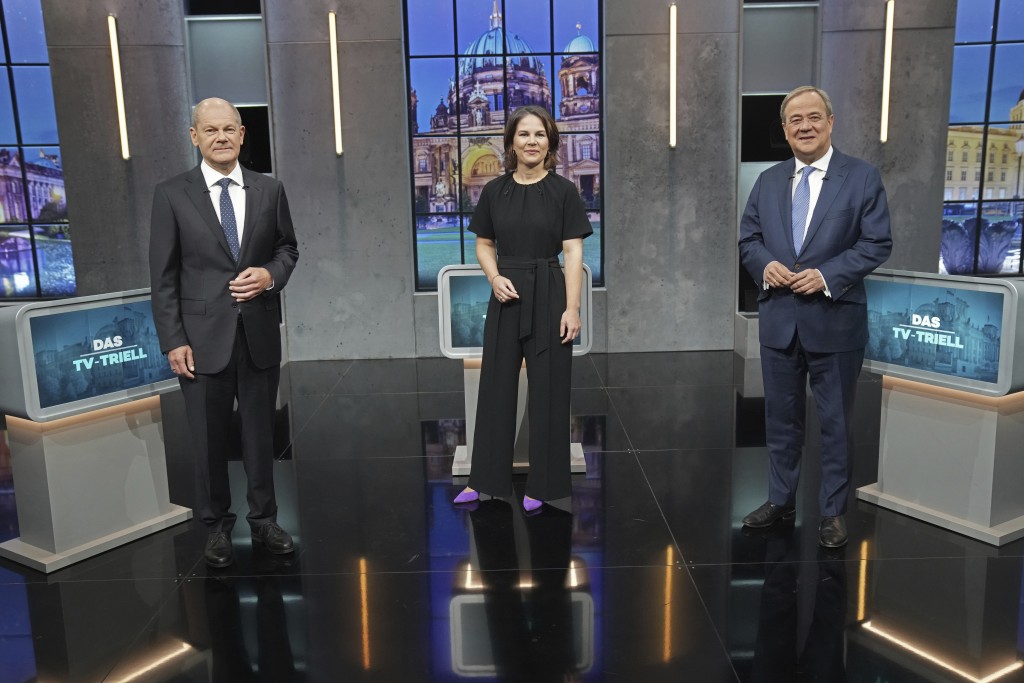 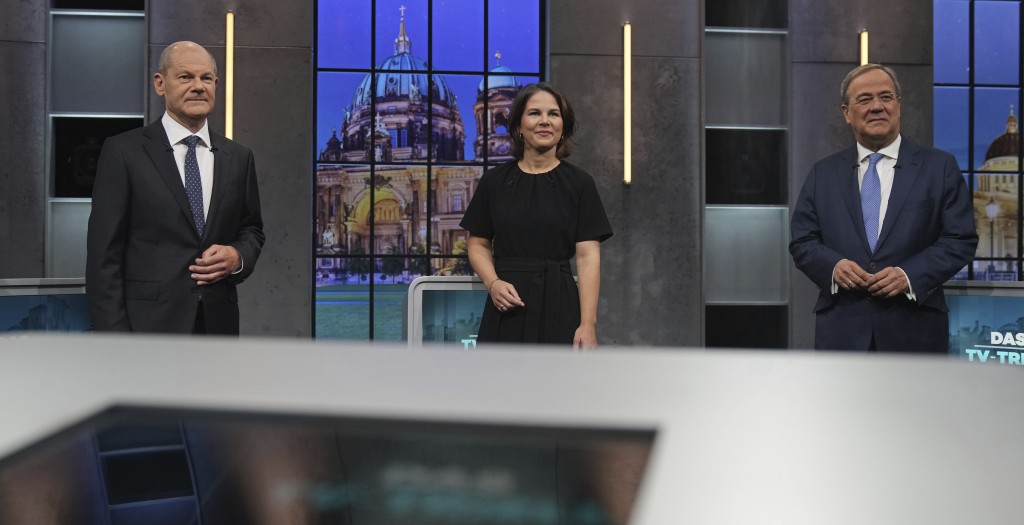 FRANKFURT, Germany (AP) — The three candidates bidding to succeed Angela Merkel as German chancellor clashed over taxes and pocketbook issues in a third televised debate Sunday a week before the election.

Social Democrat Olaf Scholz, the leader in the polls, fended off attacks on his minimum wage and tax plan from the candidate for Merkel's center-right party, Armin Laschet.

Laschet, who polls suggest needs to make up several percentage points if he hopes to lead the next government, attacked Scholz's plans for a 12-euro minimum wage and tax increases for the more affluent, saying more taxes was “the wrong signal."

Scholz, the current vice chancellor and finance minister in a coalition with Merkel and Laschet's party, maintained his trademark low-key demeanor as he outlined plans to relieve burdens on lower income earners while “someone who earns as much as I do pays a bit more in taxes.”

She also advocated an earlier exit from coal as a source of electricity, saying the current government had not done enough to limit climate change and a “new start” was needed. “The next government must be a climate government,” she said.

Despite needing to overtake Scholz, Laschet, the governor of the North-Rhine Westphalia region, had his sharpest exchanges with Baerbock while Scholz at times seemed content to let the other two go at each other, at one point nodding as if in agreement with Baerbock, a potential coalition partner.

The close race and number of parties with significant support means the next government will be determined by post-election coalition negotiations between at least two and more likely three parties.

Merkel, chancellor since 2005, is not seeking a fifth, four-year term.

A final debate on Thursday will include representatives of all the parties currently in parliament, not just the three candidates considered candidates for chancellor.