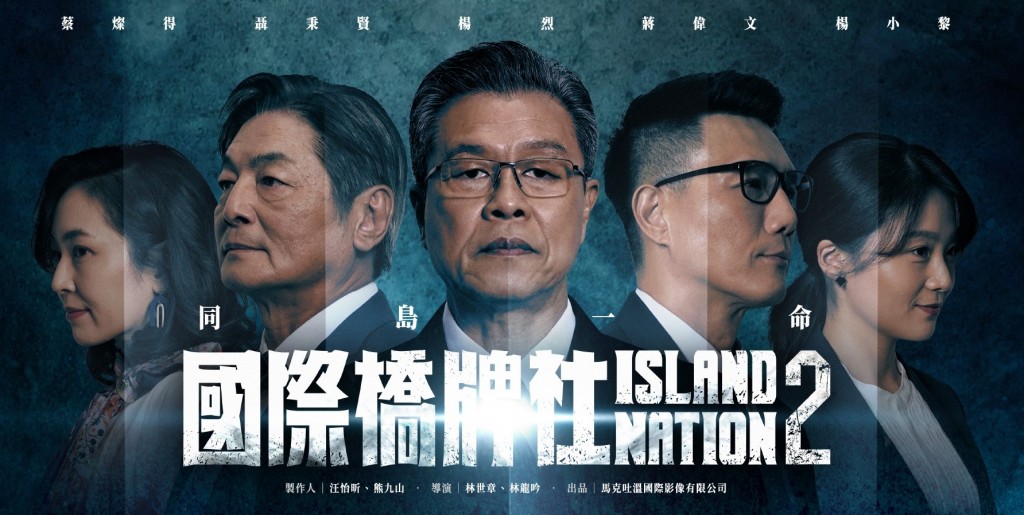 TAIPEI (Taiwan News) — In an Instagram post on Saturday (Sept. 18), Taiwanese President Tsai Ing-wen (蔡英文) suggested that those celebrating the Mid-Autumn Festival at home watch and support “Island Nation,” a historical political drama that made its second season debut on Sept. 10.

“’Island Nation’ is Taiwan’s first political career drama that depicts the development of Taiwan’s democracy. It was filmed at many important political locations in Taiwan, such as the Presidential Office Building, Legislative Yuan, and 228 Peace Memorial Park,” Tsai said in her post.

She said it is especially difficult for performers to continue their creative work during the pandemic and urged audiences to support them by watching dramas and shows.

The pilot for “Island Nation 2” is available for free on YouTube with Chinese, English, and Japanese subtitles.

Other episodes will be made available on the production’s own paid streaming platform, as “there are no streaming platforms that dare show” the drama, according to Island Nation. “No paid OTT (over-the-top) service or television (network) would show the second season despite negotiations, so we will stream the show on our self-built platform,” the show said.

The production also struggled to find a platform for the politically sensitive show in 2019. In a Facebook post, Island Nation said that from the beginning of the show’s production, it had hoped to time the drama’s release with the 2020 presidential election.

However, various platforms worried that the program would be too sensitive and refused to make a deal until production was completed. The series did not find a distribution platform until after the election, when it became an instant hit on FriDay, attracting over a million viewers upon its debut. The debut of "Island Nation" attracted over a million viewers in 2020. (Facebook, Island Nation photo)

The plot of “Island Nation 2” will focus on the Third Taiwan Strait Crisis, which occurred from 1995 to 1996, as well as the first direct presidential election in 1996, which led to Lee Teng-hui’s (李登輝) presidency. The first season focused on events from 1990-1994, during which Taiwan began its transition from a dictatorship to a democracy.