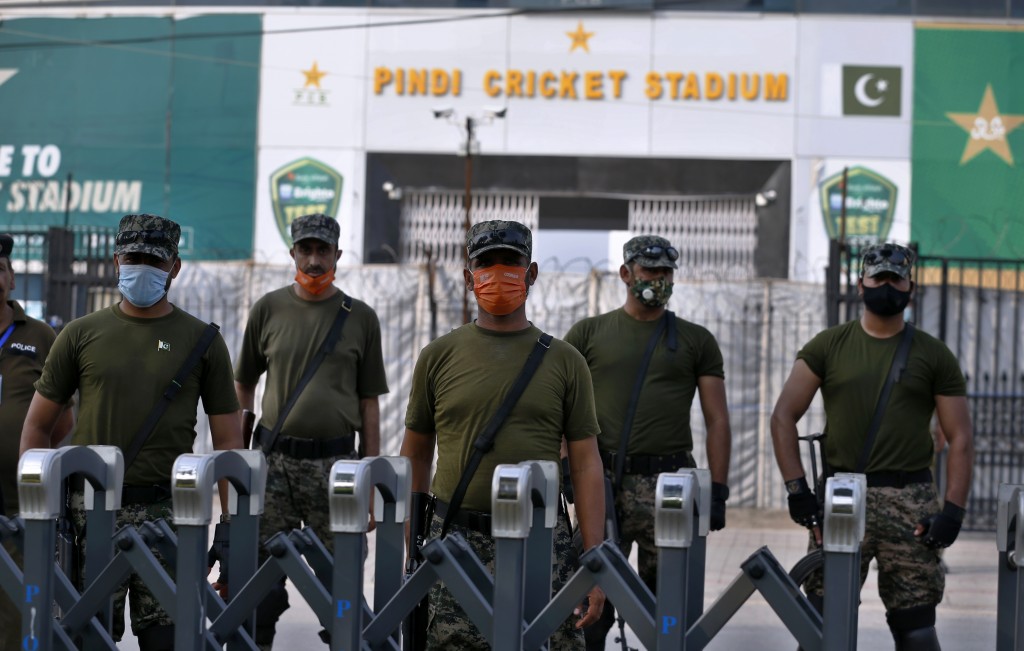 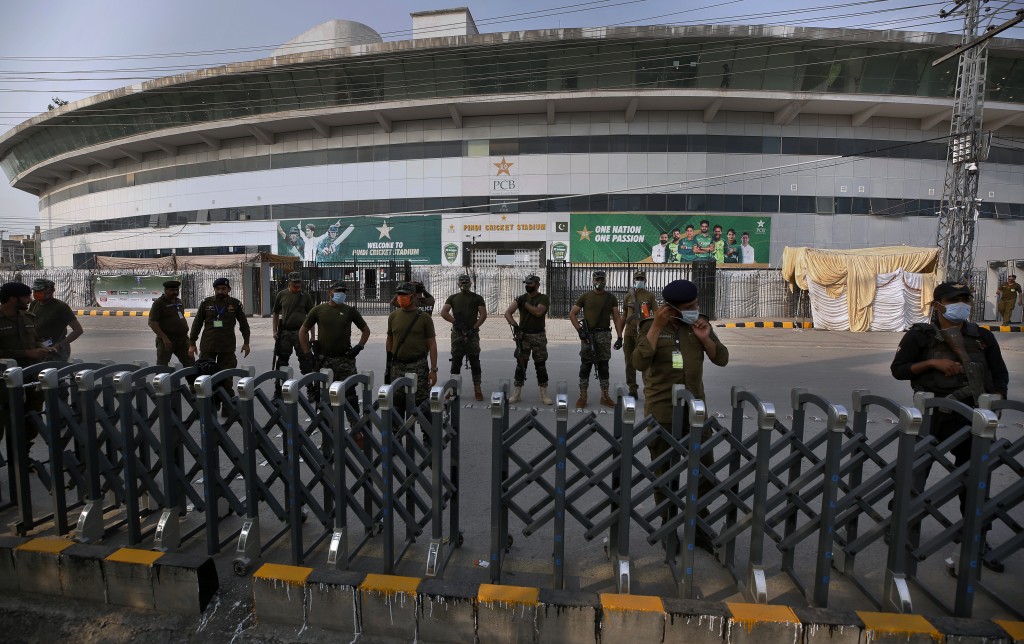 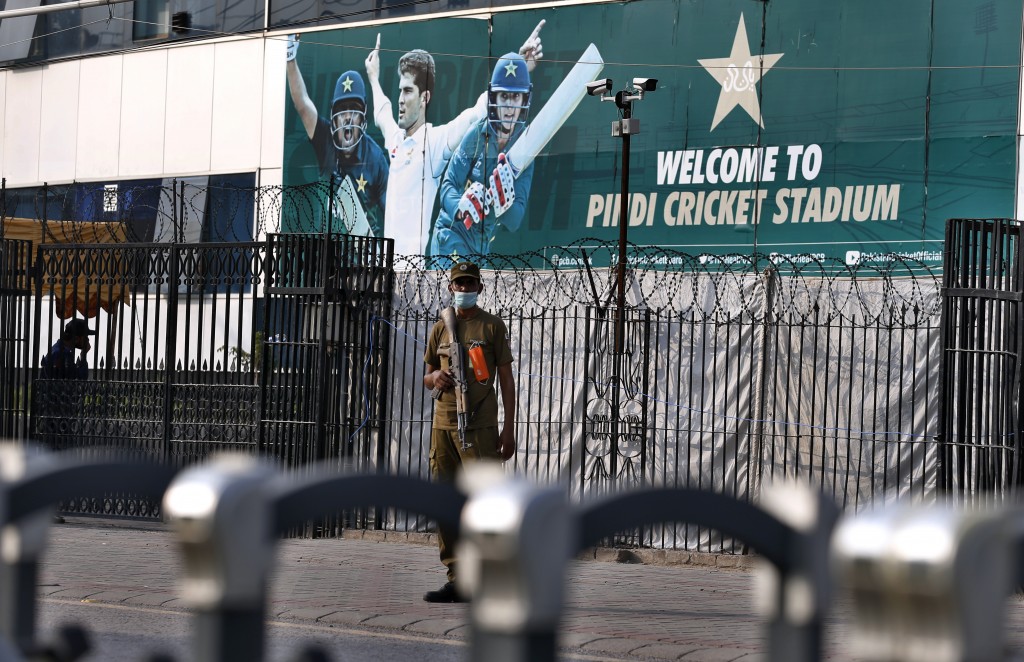 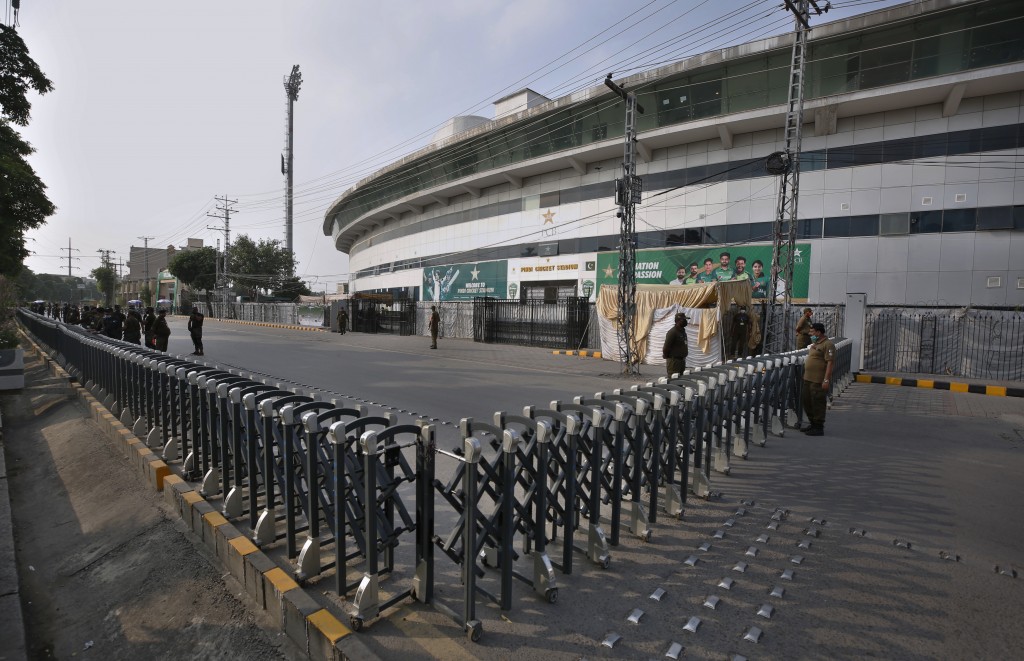 New Zealand abandoned its tour of Pakistan minutes before the first match on Friday in Rawalpindi after its government issued a security alert. The touring party arrived in Dubai, United Arab Emirates, aboard a charter flight on Sunday.

“The fight to survive is the base on which we challenge the whole world. If such a situation is developed (again) when international cricket comes under pressure in Pakistan, we will challenge them once again.”

Pakistan was awaiting a decision from the England and Wales Cricket Board this weekend on the fate of scheduled short tours by the England men's and women's teams next month.

The West Indies is also due in December and Australia in February.

New Zealand Cricket wouldn't reveal the nature of the security alert, but a Pakistan government minister said New Zealand was wary of being attacked outside the stadium in Rawalpindi.

New Zealand's Ministry of Foreign Affairs on Saturday said it alerted NZC to a “credible, specific” security threat to the New Zealand team.

“New Zealand agencies have provided ongoing and consistent advice that Pakistan remains a high threat security environment, as outlined in the New Zealand government travel advisory for Pakistan which notes there is a significant threat from terrorism throughout Pakistan,” the ministry said in a statement.

“(The ministry) alerted NZ Cricket to information regarding a specific, credible security threat yesterday. We will not discuss details of the threat. Decisions about the tour were made by NZ Cricket.

“We understand how disappointing this decision will be for Pakistan and its cricket community, just as it will be for NZ Cricket and the Black Caps.”

“There was a credible security threat and NZ Cricket has responded appropriately,” Robertson said. “As is normal in situations like this it is not possible or responsible to go into detail around the nature of these threats, but it was credible and had to be taken seriously."

Of the 34 members of the New Zealand touring party — players and support staff — to arrive in Dubai, NZC said 24 will return directly to New Zealand in the next week while 10 will remain in Dubai where they will join with the New Zealand team playing in the Twenty20 World Cup from Oct. 17.

NZC chief executive David White said his organization had no choice but to abandon the tour after advice of the security threat. He said specific details of the threat would not be released.

“What I can say is that we were advised this was a specific and credible threat against the team," White said.

“We had several conversations with New Zealand government officials before making the decision, and it was after informing the PCB of our position that we understand a telephone discussion was conducted between the respective prime ministers.

“Unfortunately, given the advice we’d received, there was no way we could stay in the country.”

Raja, who was elected chairman last Monday, was frustrated by New Zealand's unilateral decision to pull out after five days in the federal capital and two training sessions at Pindi Cricket Stadium.

He was also annoyed that New Zealand did not share the security threat with the PCB or the Pakistan government. He plans to raise the issue with the International Cricket Council.

Raja is also a renowned cricket commentator, known as the “Voice of Pakistan.” He appealed for Pakistan fans to help the team come out of this crisis.

“Your pain and my pain are the same, it’s a shared pain,” he said. “Whatever happened is not good for Pakistan cricket. ... The point is that we have experienced this before but we have to move forward.”

Pakistan is due to play New Zealand in the Twenty20 World Cup on Oct. 26 in the United Arab Emirates, and Raja considered it an opportunity.

“I want to say to my cricket team, vent your frustration and anger by performing well (at the World Cup),” Raja said. “When you become the best team, everybody will want to play against you.

“We should learn from this and move forward, we don’t need to get disappointed.”