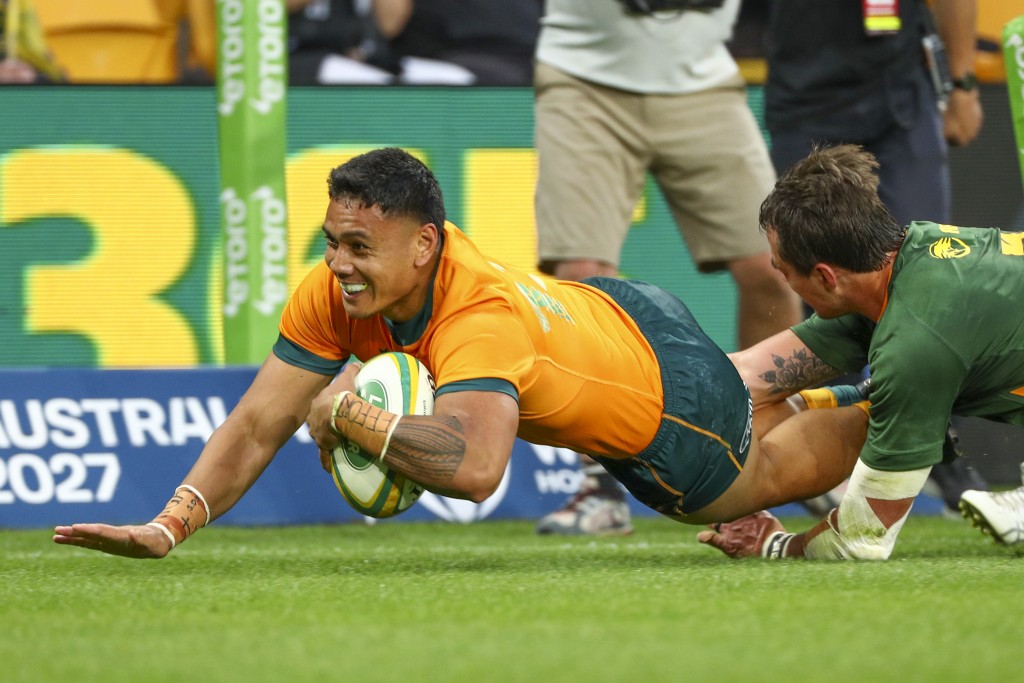 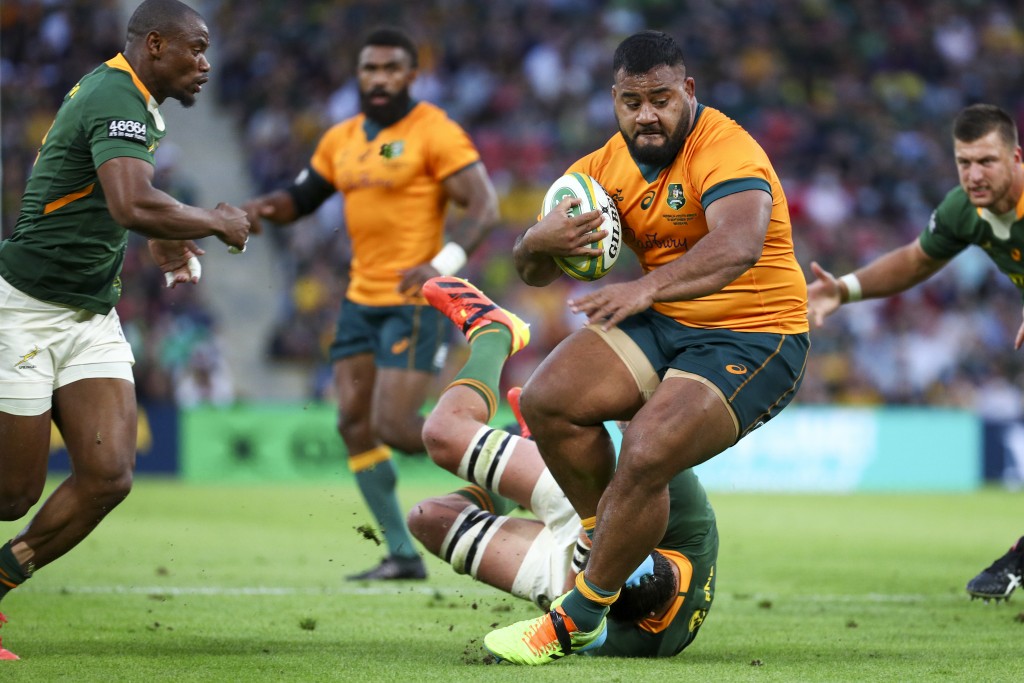 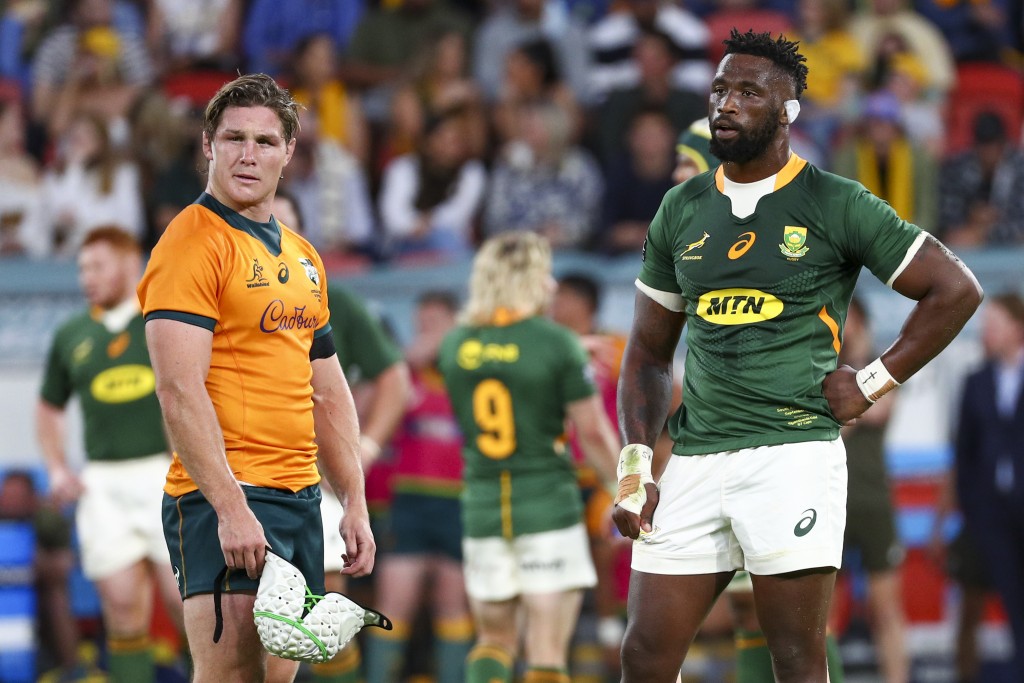 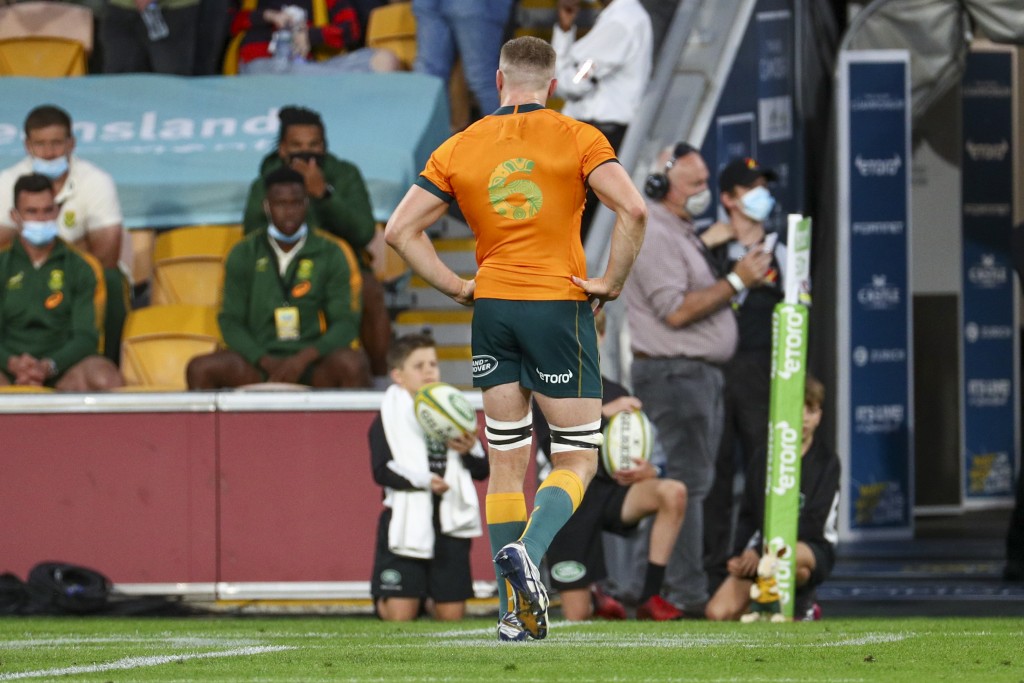 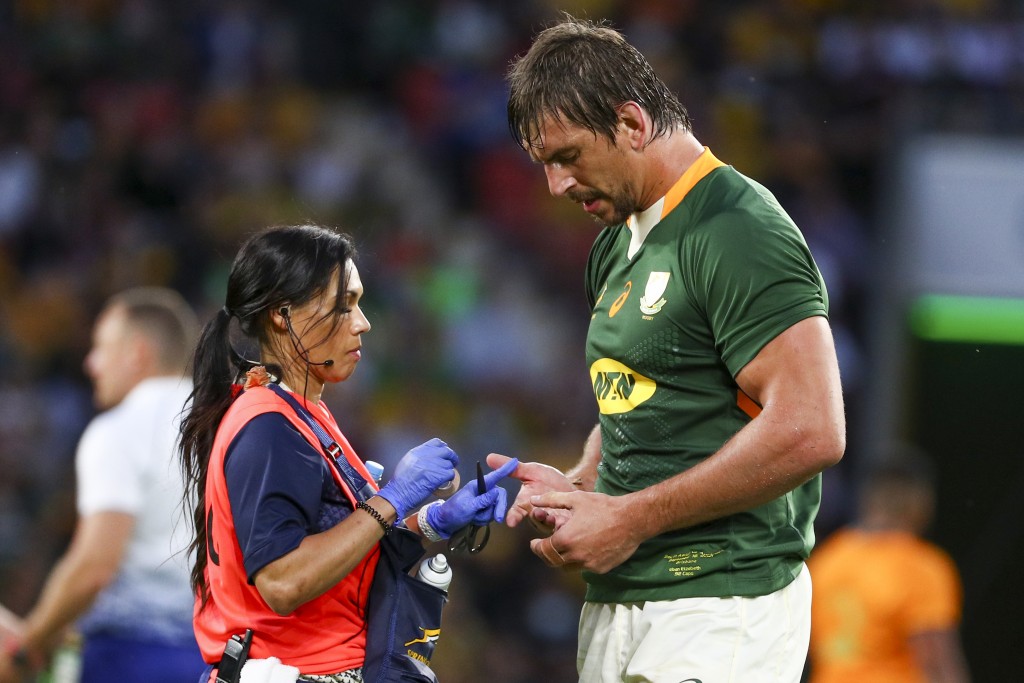 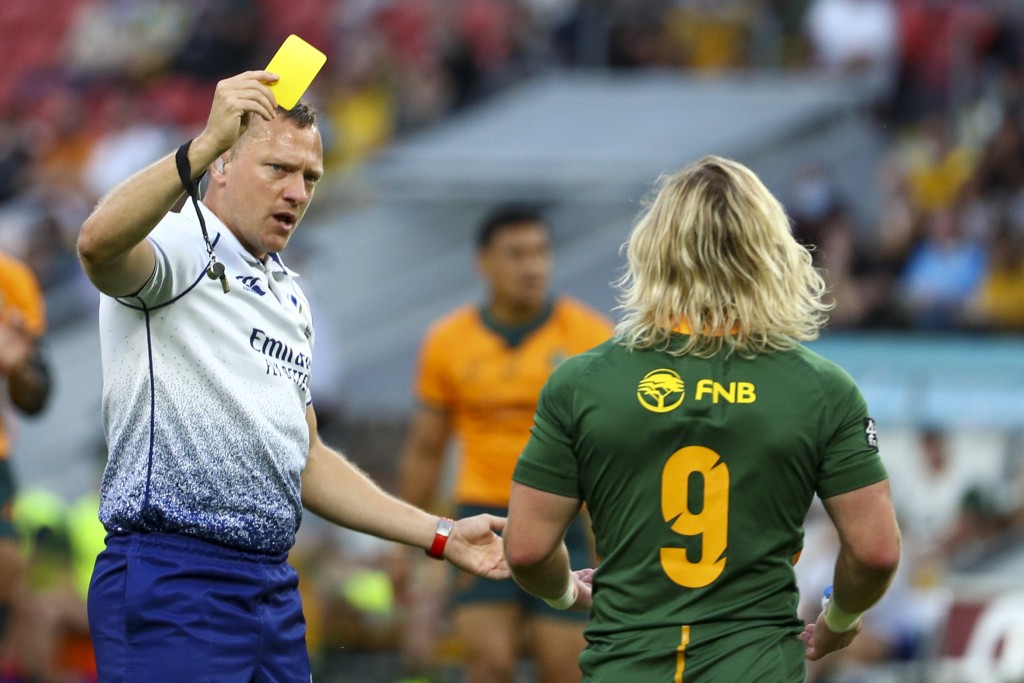 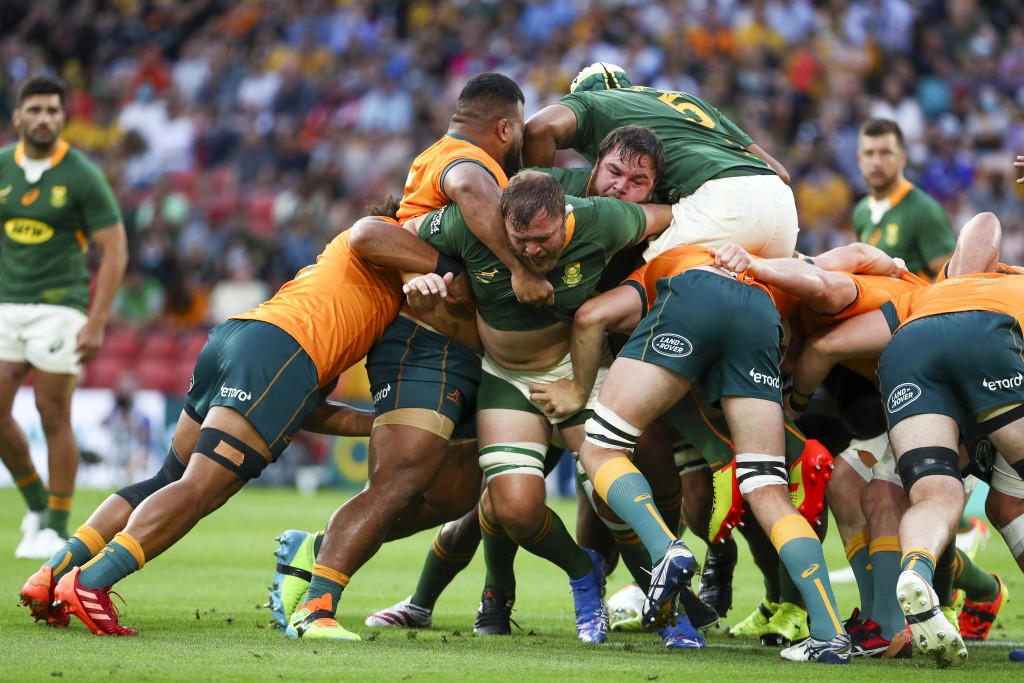 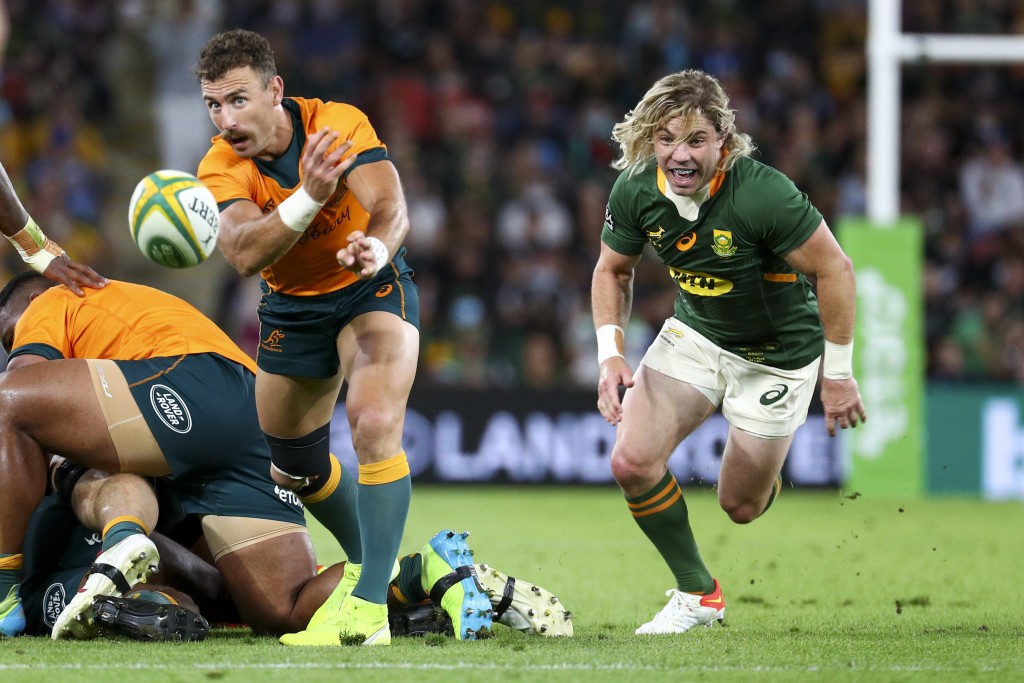 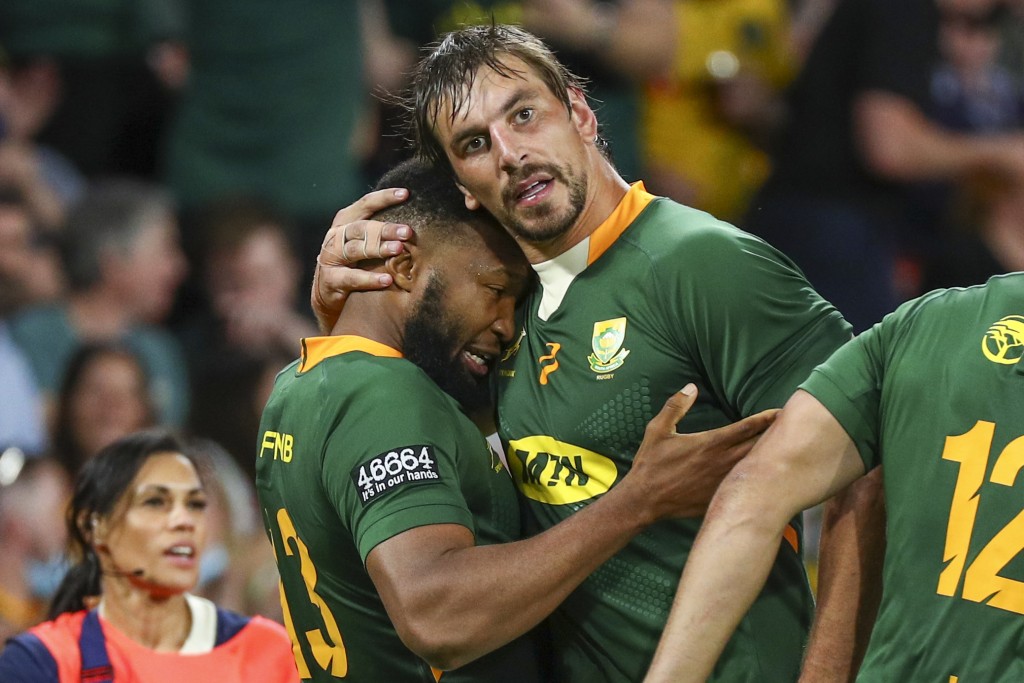 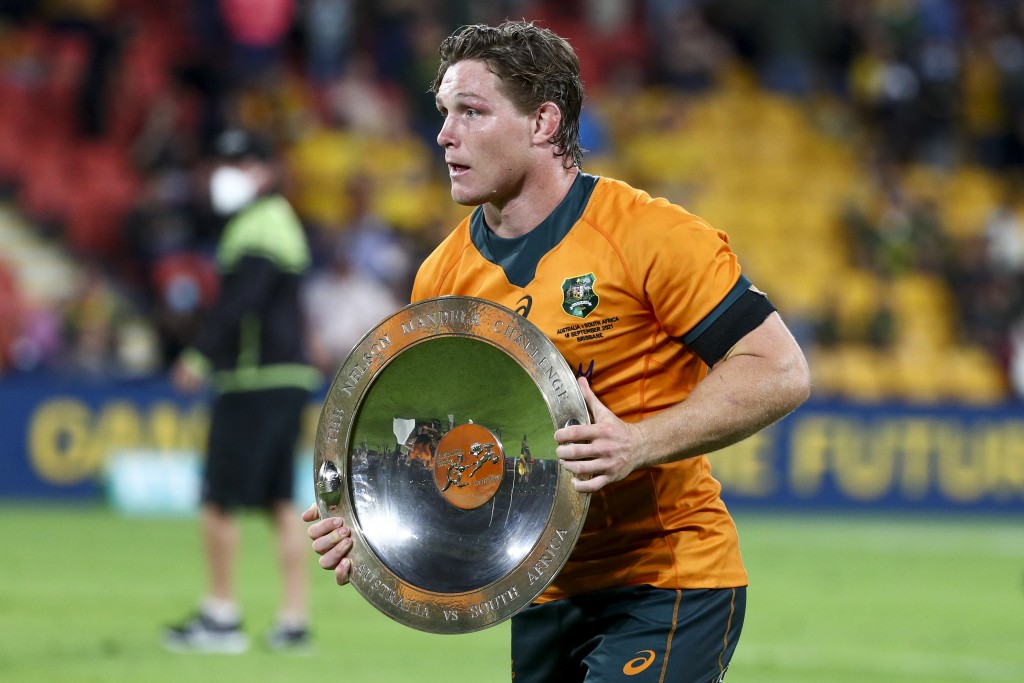 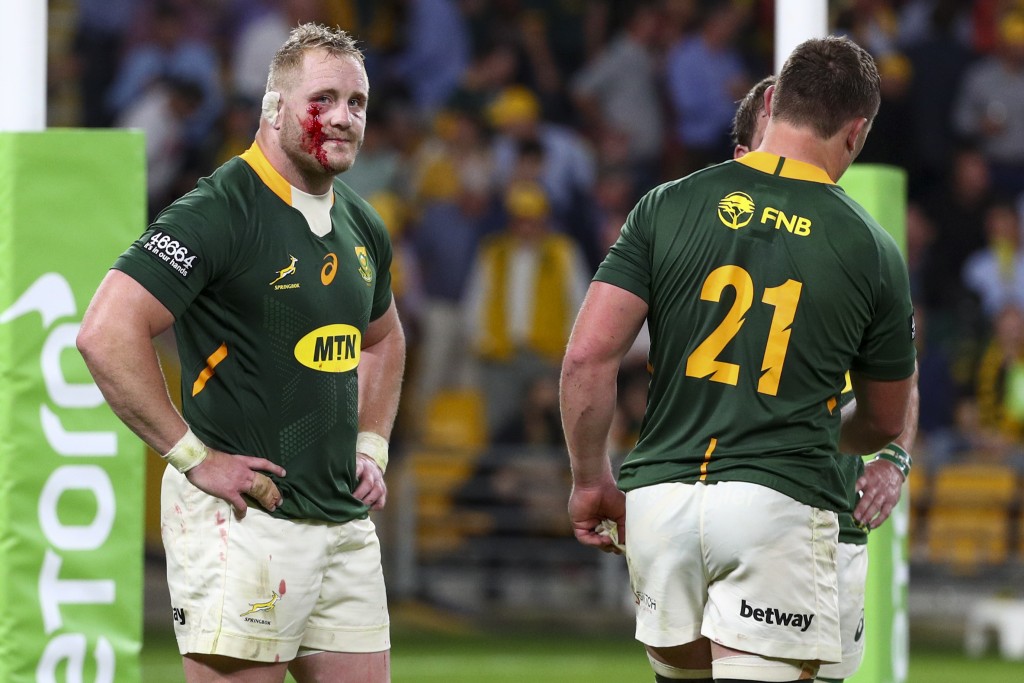 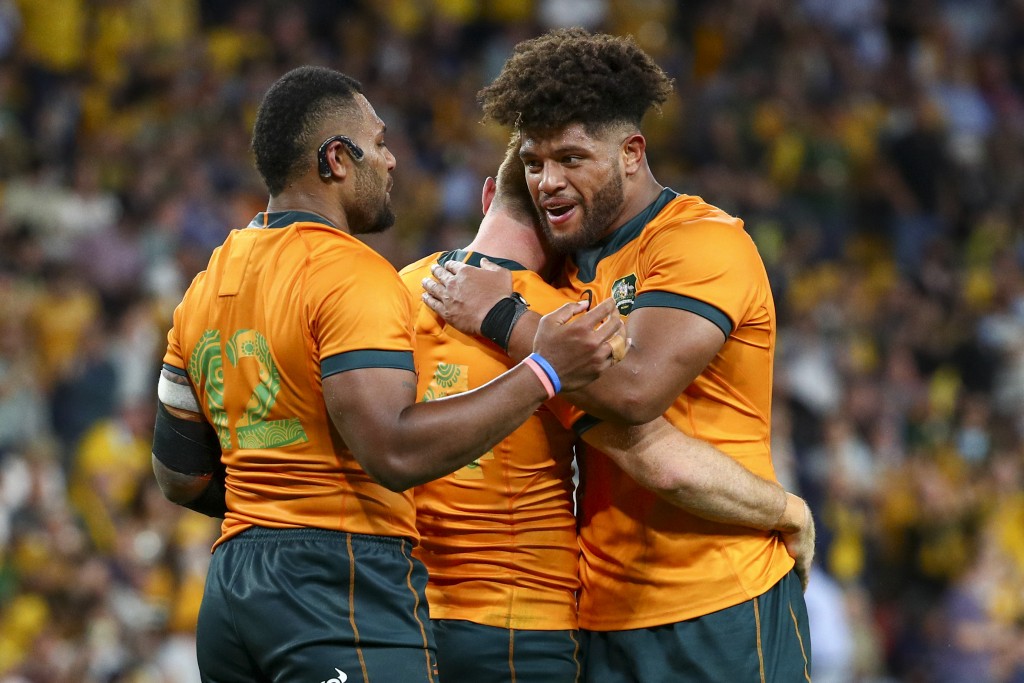 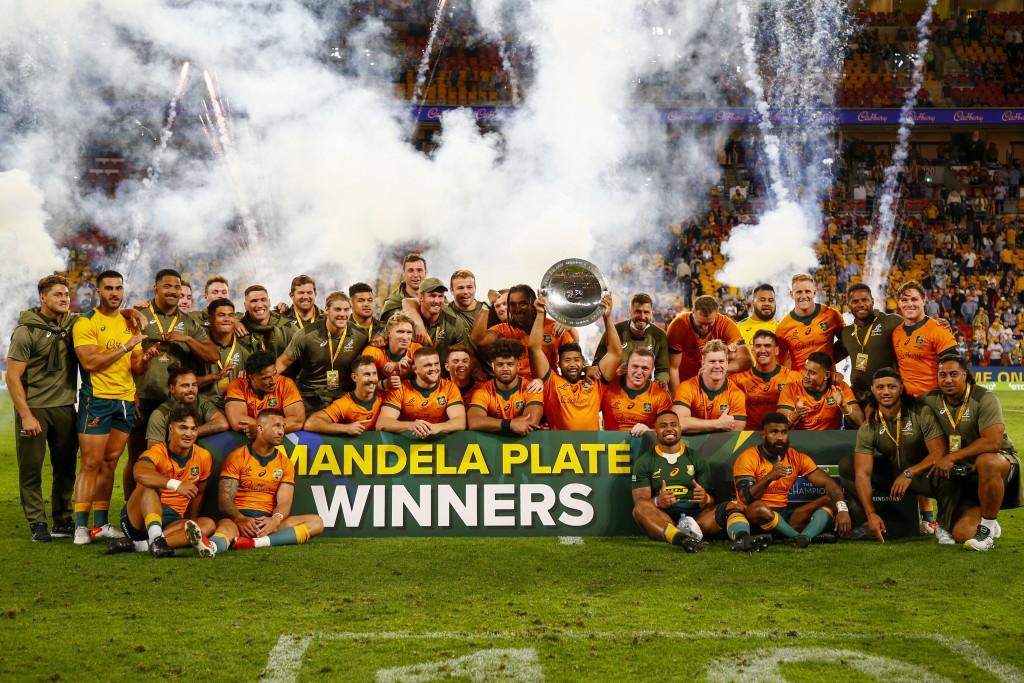 The Wallabies needed a last-minute penalty goal from recalled flyhalf Quade Cooper last Sunday for a 28-26 win on the Gold Coast, but led for most of the match in front of almost 40,000 people at Brisbane’s Suncorp Stadium

Len Ikitau scored two first-half tries and Marika Koroibete crossed for two in the second half to earn a Rugby Championship bonus point for Australia.

It was a memorable win for Michael Hooper to mark his record 60th test as Wallabies captain.

The consecutive wins were the first since Rennie took charge following the 2019 World Cup, and a real boost for the Australians following a run of losses to New Zealand.

“We talked a lot about going back-to-back here. Building one performance is good but we wanted to go again on these guys," Hooper said. “That’s the luxury of playing them twice in a row.”

The South Africans scored three tries from rolling mauls on the Gold Coast but didn't have the same success at Suncorp, with the Wallabies stepping up in that department and holding firm in defense despite conceding the majority of possession and penalties and making almost twice the number of tackles.

“We weren’t up to scratch last week in the mauling game (and) we knew they’d come back even harder there," Hooper said. "We matched that.”

Both teams gave up a one-man advantage in the opening half, with Springboks scrumhalf Faf de Klerk yellow carded for a cynical foul and Wallabies flanker Lachie Swinton sin-binned for his shoulder-on-shoulder contact and head collision with No. 8 Duane Vermeulen in the 33rd minute.

South Africa went ahead 17-15 less than two minutes into the second half with de Klerk orchestrating the attack. The veteran scrumhalf took a quick tap from a penalty to put the defense on the back foot and later sent a perfectly weighted grubber kick down the blindside from the ruck base for center Lukhanyo Am to score a try in the corner.

But with Cooper and Samu Kerevi providing composure and direction in midfield, the Australians were able to regain the lead via a penalty in the 51st before winger Koroibete broke open the game with a pair of tries in the 62nd and 68th minutes.

His first followed stunning lead-up work from tighthead prop Taniela Tupou, who surged down the left sideline, drew in the defense and then, without looking, passed from his right hand under his left armpit to his flying winger in support.

Koroibete gave Australia a 13-point buffer when he dived over following a midfield burst from replacement backrower Pete Samu.

The Springboks opened the tournament with back-to-back wins in South Africa following their series win at home against the British and Irish Lions. They're now 2-2 ahead of two matches against competition-leading New Zealand, including the 100th test between the two nations next weekend. The All Blacks beat Argentina 36-13 in the later match on Saturday to improve to 4-0, while the Pumas slumped to four straight losses ahead of two more tests against Australia.

Nienaber said his Springboks would have to improve dramatically.

“We were truly beaten in every department,” he said. “We got hands-down beaten: defense, kicking game, attack. We just made too many errors.”

Captain Siya Kolisi said his Springboks didn't take their opportunities and “I thought we wasted a lot of steam.”

“We had a lot of the ball in good position, we played mostly in their 22 but they shut us out,” he said. “All credit to Australia, they played really well today and congrats to Michael Hooper for his 60th game as captain, but for us (now) the big game is coming next week.”