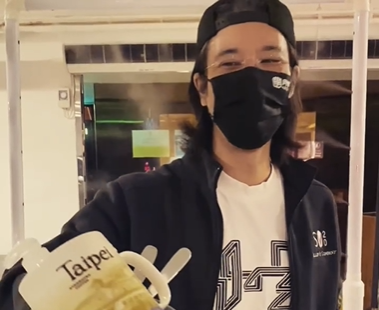 TAIPEI (Taiwan News) — Taiwanese-American entertainer Wang Lee-hom (王力宏) might face a fine after a picture surfaced of him allegedly breaking COVID-19 rules by dining with friends upon his arrival from the United States, the Taipei City Government said Saturday (Sept. 18).

The city investigated the case and came to the conclusion that he should not have attended the gathering while he was supposed to self-monitor his health, according to Deputy Mayor Huang Shan-shan (黃珊珊). The star is likely to face a fine ranging from NT$10,000 (US$360) to NT$300,000, the Liberty Times reported.

The picture allegedly first surfaced on the Instagram account of star Vivian Hsu (徐若瑄). It showed five people, including Wang, Hsu and entertainer Charles Chen (陳建州), together without masks.

On his Facebook page, Wang apologized, acknowledging he had failed to understand the rules about seven days of self-health monitoring following COVID quarantine. Hsu, at whose home the meeting reportedly took place, also replaced the picture on her social media with an apology.

The singer, who also acted in Ang Lee’s (李安) “Lust, Caution” and Michael Mann’s “Blackhat,” will reportedly have to pay the fine after the end of the Sept. 18-21 Mid-Autumn Festival holiday.