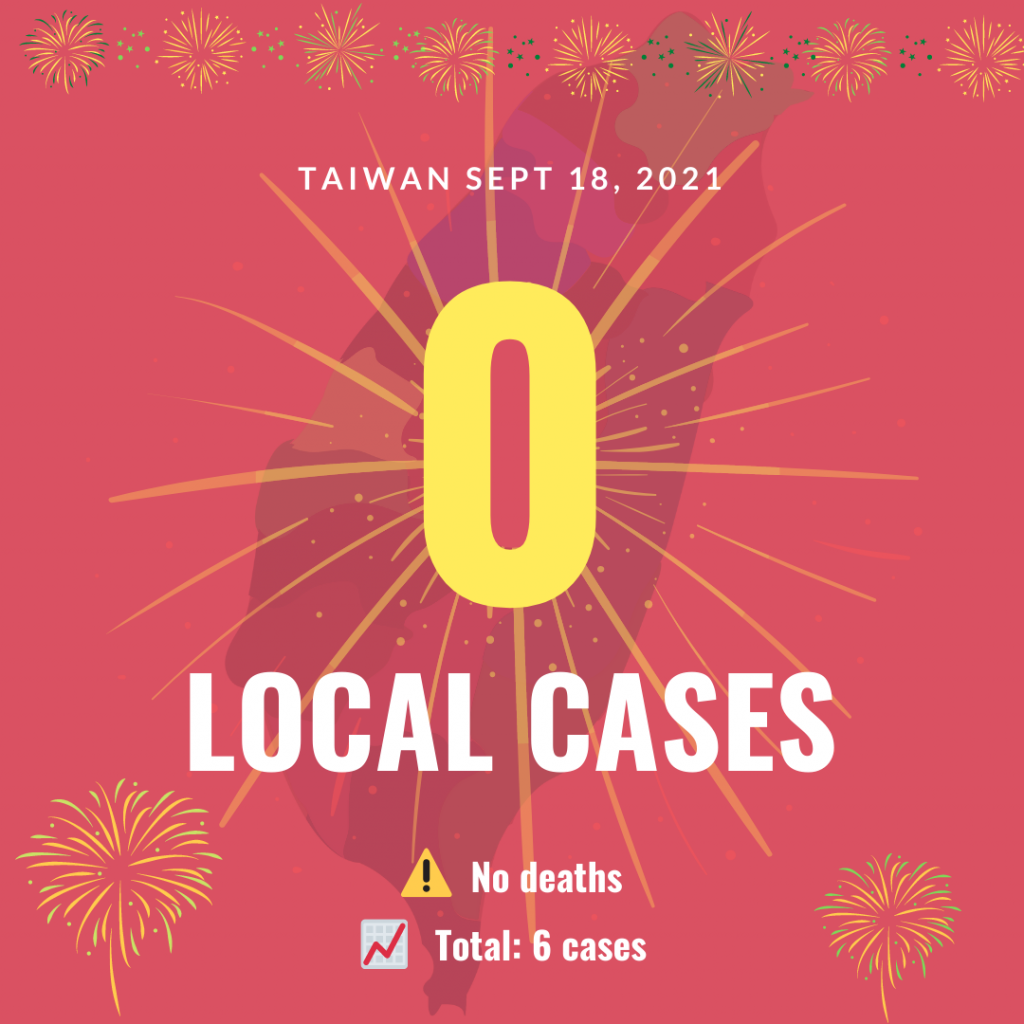 As Saturday marked the beginning of the four-day Mid-Autumn Festival holiday, the CECC advised travelers to be careful and to respect basic COVID prevention measures such as social distancing. Media reported heavy traffic on the nation's freeways, with travelers arriving en masse at popular destinations such as Green Island, Xiao Liuqiu island, and the mountain of Hehuanshan.

Saturday's imported cases were four men and two women ranging in age from 20 to 59. Three arrived from Indonesia, two from the Philippines, and one from Bangladesh. The CECC said they arrived between Sept. 4 and 16.

A total of 36 COVID cases originated from the Taiwan Navy’s "Goodwill Fleet," two were infected on board a flight, one was classified as unresolved, and 14 cases are under investigation. A total of 110 earlier cases were removed from the list of confirmed cases.