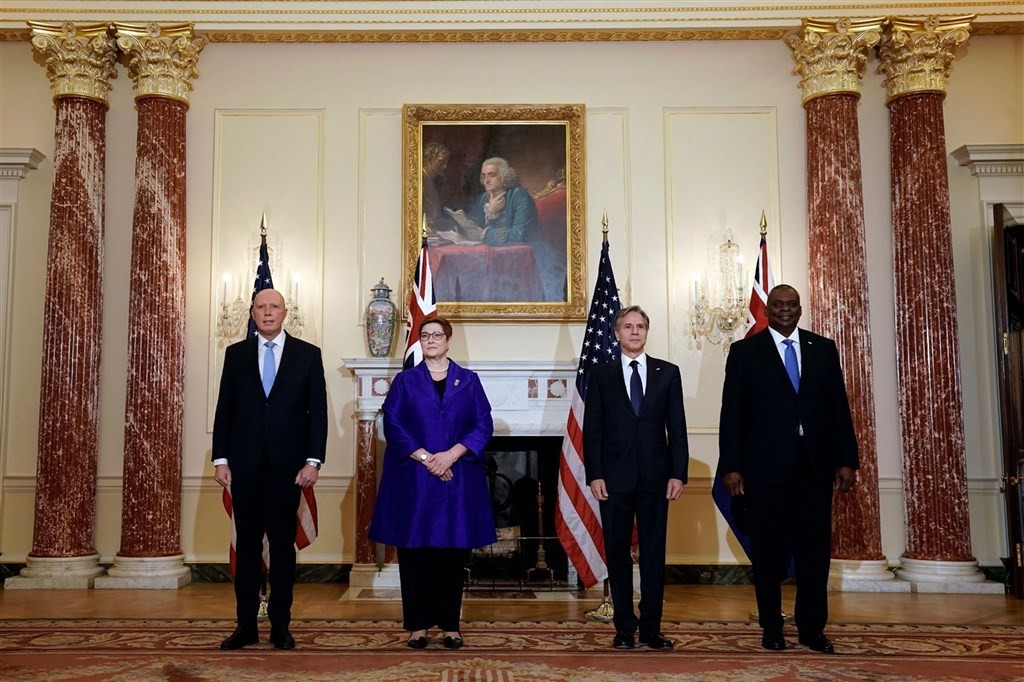 TAIPEI (Taiwan News) — After high-level talks on the challenges of dealing with China, the top foreign affairs and defense leaders from the U.S. and Australia on Thursday (Sept. 16) issued a joint statement pledging to strengthen ties with Taiwan.

U.S. Secretary of State Antony Blinken and Secretary of Defense Lloyd Austin on Thursday hosted Australian Minister for Foreign Affairs and Minister for Women Marise Payne and Minister for Defence Peter Dutton as the two parties took part in the 31st Australia-United States Ministerial Consultations (AUSMIN 2021) in Washington, D.C. Following the meeting, the two sides issued a joint statement that touched on a number of issues including Taiwan, China, Hong Kong, and Xinjiang.

Regarding Taiwan, the leaders of the two countries reemphasized in the statement that Taiwan plays an important role in the Indo-Pacific region and that both parties intend to strengthen ties with Taiwan, which they described as "a leading democracy and a critical partner for both countries."

The statement stressed that the two nations support Taiwan’s meaningful participation in international organizations, as a "member where statehood is not a prerequisite and as an observer or guest where statehood is a prerequisite for membership." Turning to the situation in the Taiwan Strait, the statement pointed out that the U.S. and Australia reiterated their support for the peaceful resolution of cross-strait issues, "without resorting to threats or coercion." The two sides also pledged to strengthen donor coordination with Taiwan in the Pacific region.

In response to China, the statement expressed concern over Beijing's "expansive maritime claims" in the South China Sea, and emphasized that countries should be able to exercise their maritime rights and freedoms in the region in accordance with the United Nations Convention on the Law of the Sea (UNCLOS), including freedom of navigation and overflight.

The principals also expressed their views on the investigation of the origin of COVID-19. The two countries stated their support for a transparent and independent analysis and assessment of the origin of the pandemic "free from interference and undue influence." The leaders pointed out the pressing need for "transparent and science-based studies," including in China.

The statement expressed concern about the continued erosion of Hong Kong’s autonomy and democratic system. The leaders pointed out that actions taken by Beijing such as launching the National Security Law, weakening the electoral system, and repressing media freedoms have "fundamentally undermined the 'One Country, Two Systems' framework."

The two parties express "grave concerns" about China’s oppression of Uyghurs and other ethnic minorities in Xinjiang. The statement listed issues such as "forced labor, arbitrary detention, pervasive surveillance, restrictions on freedom of religion or belief, and forced birth control, among other human rights abuses" as key matters of concern for the countries.

On Wednesday (Sept. 15), President Biden announced the establishment of a defense alliance with Australia and the United Kingdom, dubbed AUKUS (Australia, United Kingdom, United States), to assist Australia in developing nuclear-powered submarines. This move has also been interpreted by analysts to be specifically designed to counter the Chinese military buildup in the region. 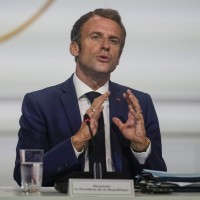