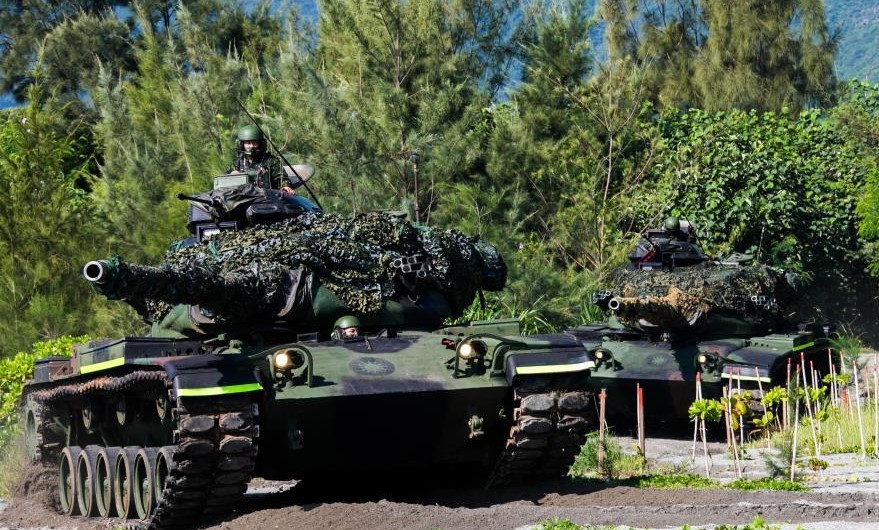 At Fanziliao in Taichung, located in the nation’s fifth combat zone, a joint anti-landing drill was carried out with M110A2 and M109A2 self-propelled howitzers laying down suppressive fire into the sea. Through this maneuver, the Army was able to verify the defense capabilities of its troops, Military News Agency reported.

During another exercise, a battalion of armored vehicles including M60A3 tanks and CM-21 armored vehicles rushed out from the brush to launch a counterattack on simulated enemy troops already stepping onto Hualien’s Beipu Beach, which is in the nation’s second combat zone.

The Han Kuang exercise, which was scaled back because of the pandemic, will end on Friday (Sept. 17).