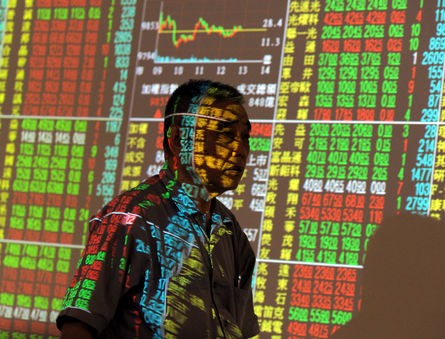 European shares opened higher on Thursday, though market participants were still cautious after Asian equities fell for a fourth consecutive day, and as focus turns to key U.S. data due later in the session.

Hong Kong's Hang Seng index led the declines in Asia, dropping to its lowest level so far this year, and Chinese shares sank as investors dumped property and consumer stocks over fears that the liquidity crisis at China's Evergrande Group could affect the broader economy.

Global stock markets have struggled to make gains so far this week, hurt by worries about the global economic recovery. Unexpectedly weak data from China on Wednesday reinforced investor bets that global growth is slowing due to COVID-19 and supply chain constraints.

"We have an unusual situation where the overall market is sideways to lower but with a risk-on trend underneath and that's down to signs the Delta variant may be peaking in the U.S., which is driving people into reflation and recovery plays," said Kiran Ganesh, head of cross asset at UBS Global Wealth Management.

"At the same time there are concerns about fiscal consolidation and worries about China moving to lockdowns."

Investors are closely watching inflation data but the global picture is mixed: U.S. data on Tuesday showed inflation cooling and having possibly peaked, but inflation in Britain was the highest in years, according to data on Wednesday.

Major banks have told clients to reduce their exposure to stocks, with many market participants expecting the equity bull run to end.

UBS's Ganesh also said that regulatory risks to Chinese stocks are not over.

Jobs data showed that Australian employment dived in August as coronavirus lockdowns in Sydney and Melbourne forced businesses to lay off workers and slash hours.

U.S. weekly jobs data and monthly retail sales are due later in the session.

"Even with the slowing in retail sales over recent months, retail sales are still nearly 20% above the pre-COVID baseline and our US colleagues think the slowing/normalization to come will likely remain in place well into 2022," wrote RBC analysts in a note to clients.

Oil prices slipped, paring some of the large gains made in the previous session after a larger-than-expected fall in crude oil stocks in the United States.

Germany's benchmark 10-year yield hit a two-month high ahead of a pick-up in issuance. European Central Bank head Christine Lagarde is due to speak at 1200 GMT.