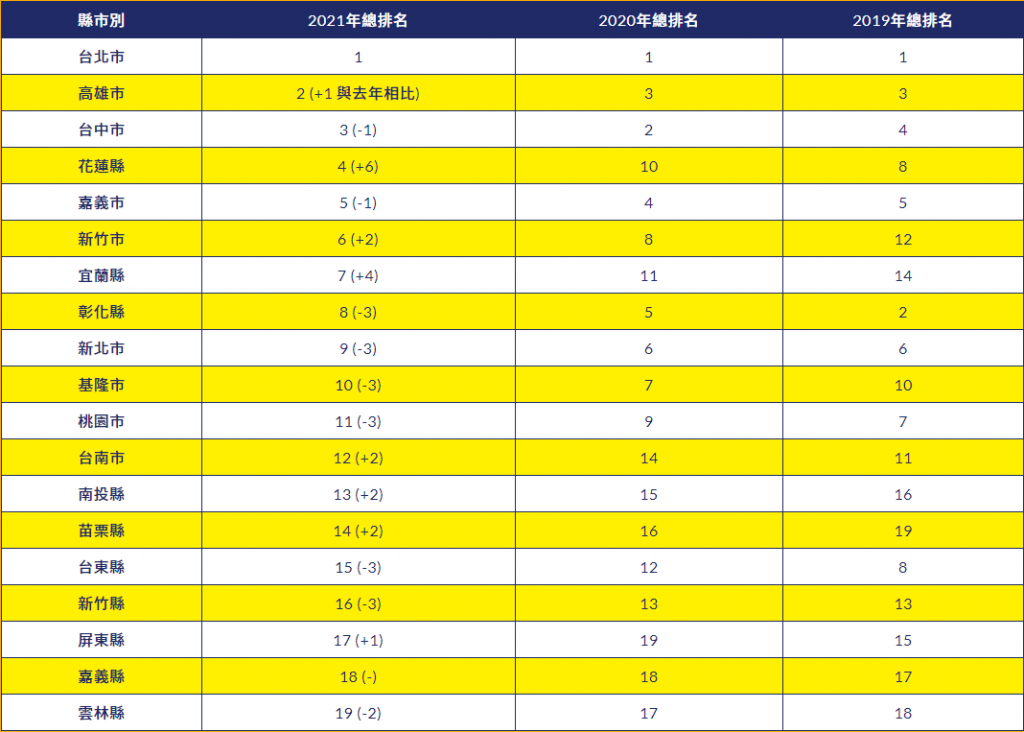 The rankings were based on four major indices: socioeconomics, healthy environment, medical services, and overall performance.

According to Common Health Magazine, Taipei City excelled in two areas: healthy environment, which was evaluated based on factors including air quality, public sewers, sidewalks, bicycle lane length, and the amount of green space per 10,000 people; and overall performance, which was evaluated based on the incidence of the top three cancers, the rate of people who regularly exercise, average life expectancy, the rate of overweight adults, and the incidence of cancer per 100,000 people.

Kaohsiung City, which came in a close second, ranked first in socioeconomics and its medical expense rate, seeing a steep drop in the city's rate of overweight adults. The socioeconomics index factors in education expenses, social benefit expenses, accidents per 10,000 vehicles, and criminal cases per 100,000 people.

Liberty Times reported that Mayor Chen Chi-mai (陳其邁) said he hopes to close the 2.8-point gap between Kaohsiung and Taipei and challenge the capital's place on the list.

Hualien County rose from 10th place last year to fourth place this year, excelling in healthy environment and medical service, the latter of which evaluates doctor-to-patient ratio, nurse-to-patient ratio, the average number of caretakers per 10,000 people, and the long-term care resource utilization rate, in addition to the medical expense rate.