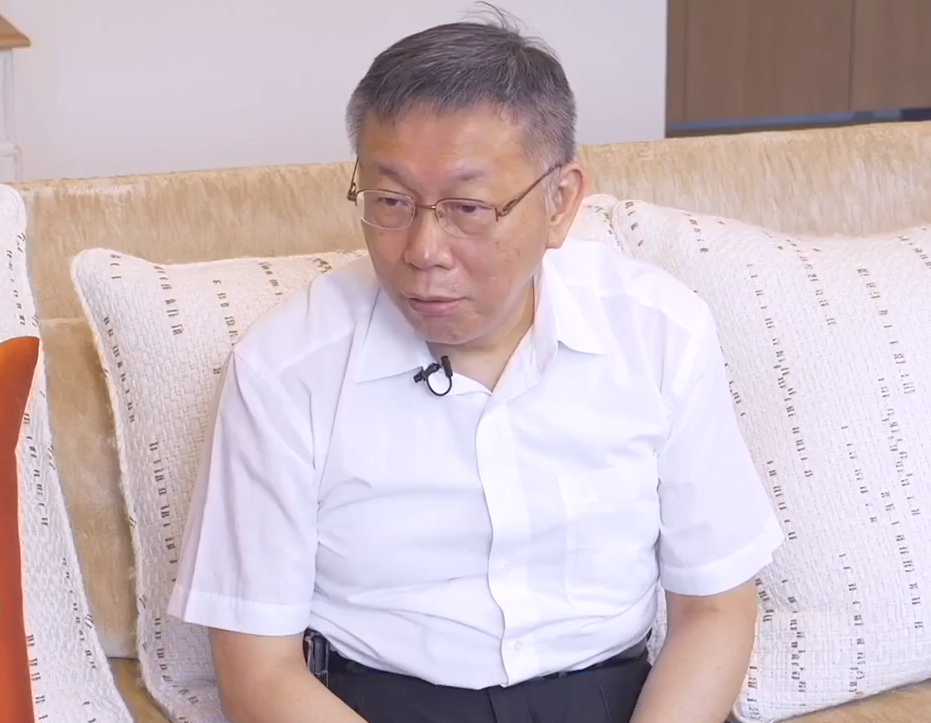 In an episode of “Ask Sisy,” talk show and radio host Sisy Chen (陳文茜) asked Ko a series of questions regarding the presidential election.

“If Terry Gou were running for president and asked for your support, would you support him if your approval ratings were lower?” Chen asked. Ko immediately answered, “Sure.”

He also answered affirmatively and without hesitation to the questions that followed: “If your approval ratings were high, would you go to Terry Gou and ask for his support? Would you go to Chao Shao-kang and Hou You-yi to get their support?” Though Ko said that he is always open to making friends with anyone, he was not afraid to bash both the Kuomintang (KMT) and the Democratic Progressive Party (DPP) during the interview.

Chen pointed out that both Chen and Ko come from families that suffered at the hands of the KMT during the 228 Incident in 1947.

Ko said he became disappointed with the DPP after the "Forward-Looking Infrastructure Plan" failed to convince him. He took the fluctuating budget for the Keelung Light Rail as a sign of the DPP’s careless spending.

Ko also said that nowadays, “being elected” is the DPP's only goal and that the party uses it as an excuse for everything it does. He said contemporary “election culture” has limited everyone’s thinking and that the government hardly ever plans for the long term anymore, which he said he has worked hard to rectify.

When asked if he had anyone in mind as a candidate for the next mayor of Taipei, he said it would be difficult to appoint a successor. He stated that when he first took office, he spent the first two years battling the opposition before he finally was able to take control of matters.

This is part of the current problem of not planning for the long term — government officials spend too little time in their position, Ko said. He contrasted this with Chancellor Angela Merkel, who has served Germany for 16 years, and counted more than 10 premiers who have served Taiwan since 2000.

“According to my calculations, they spent an average of 1.3 years in office,” he said. “From my experience as mayor of Taipei, by 1.3 years, you haven’t even figured out what’s going on.”

When asked if he believed Minister of Health and Welfare Chen Shih-chung (陳時中) would be a suitable candidate for mayor, Ko deflected and admitted that he was trying to avoid answering.