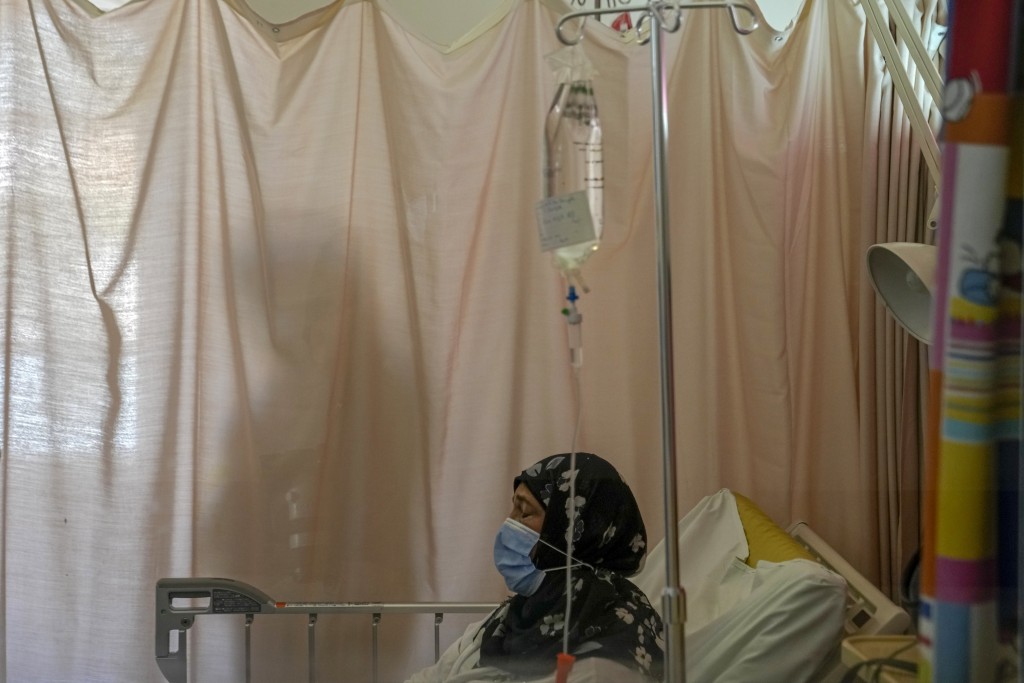 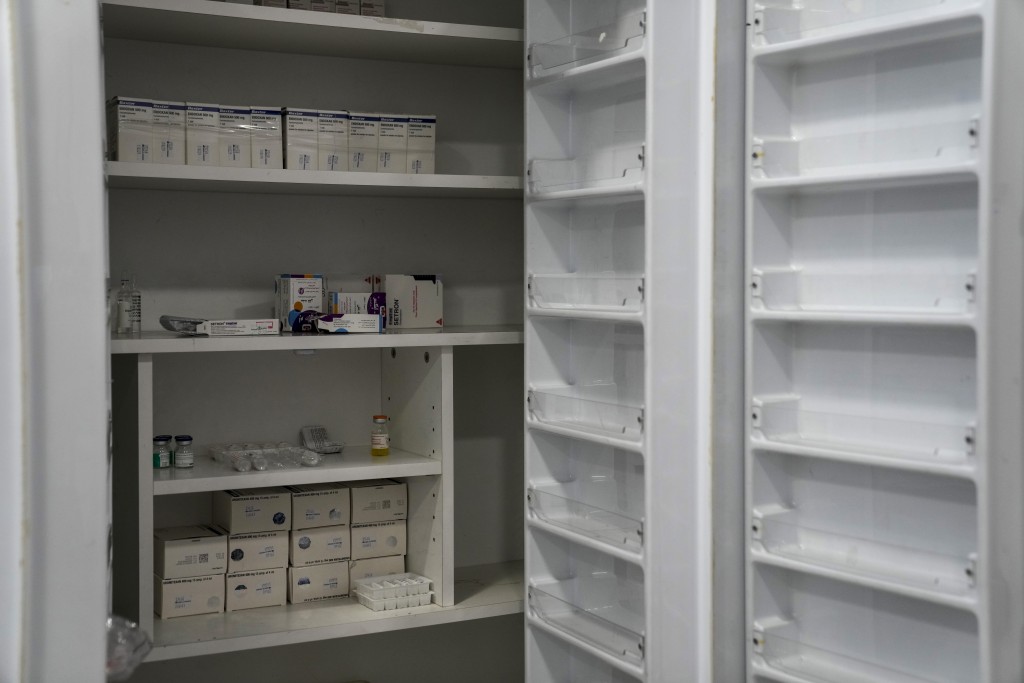 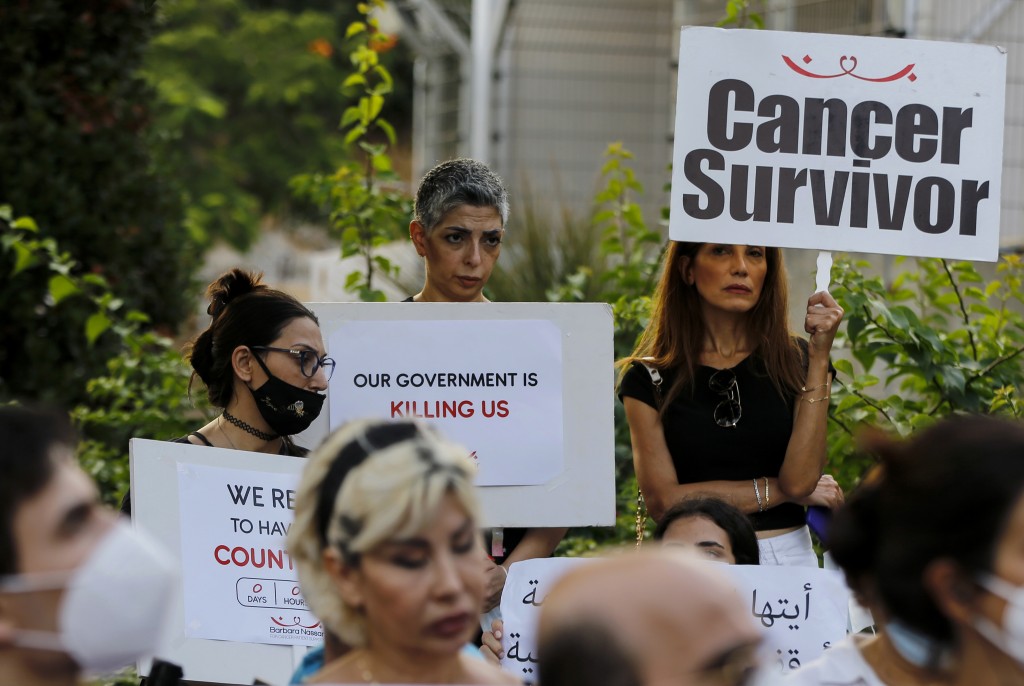 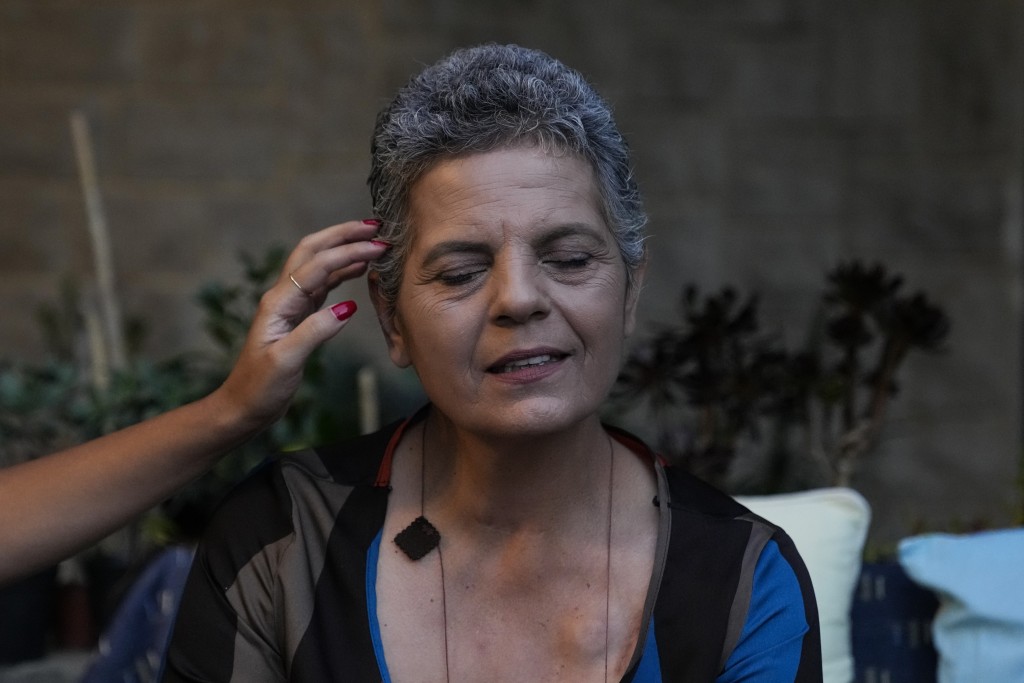 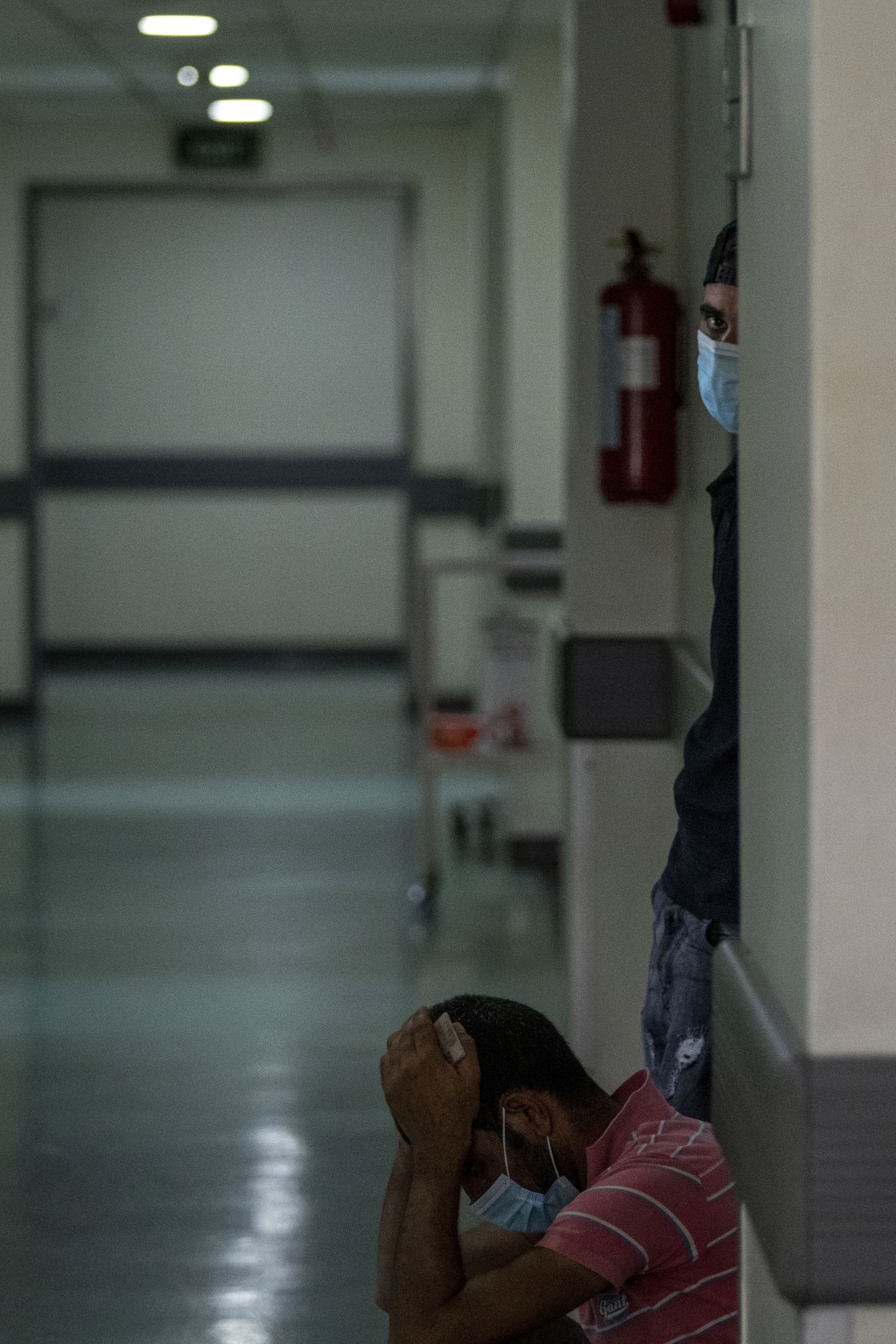 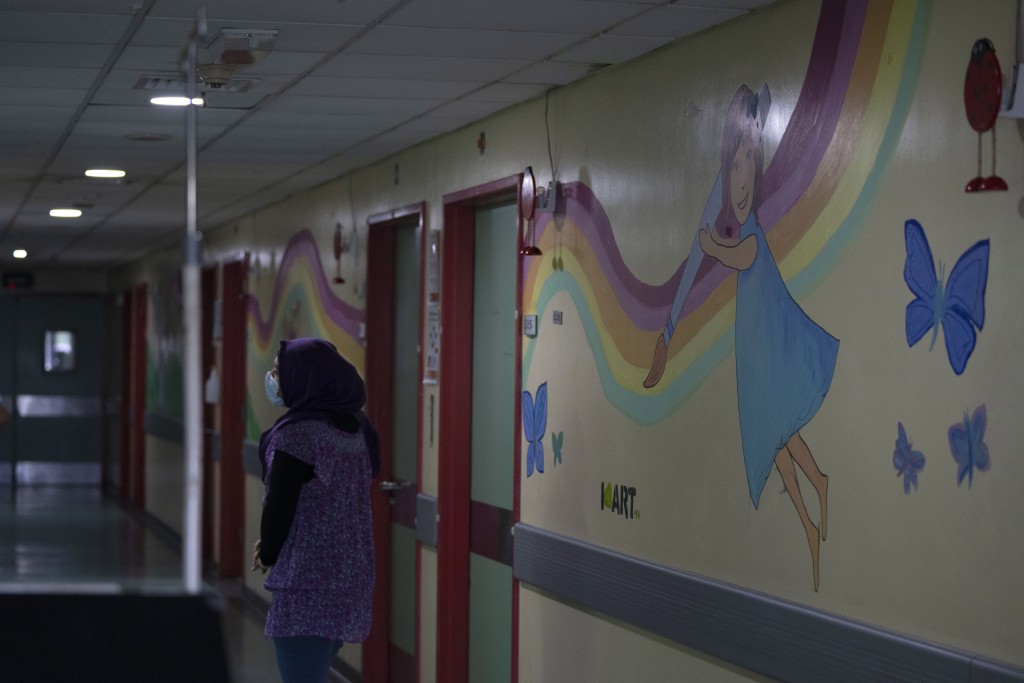 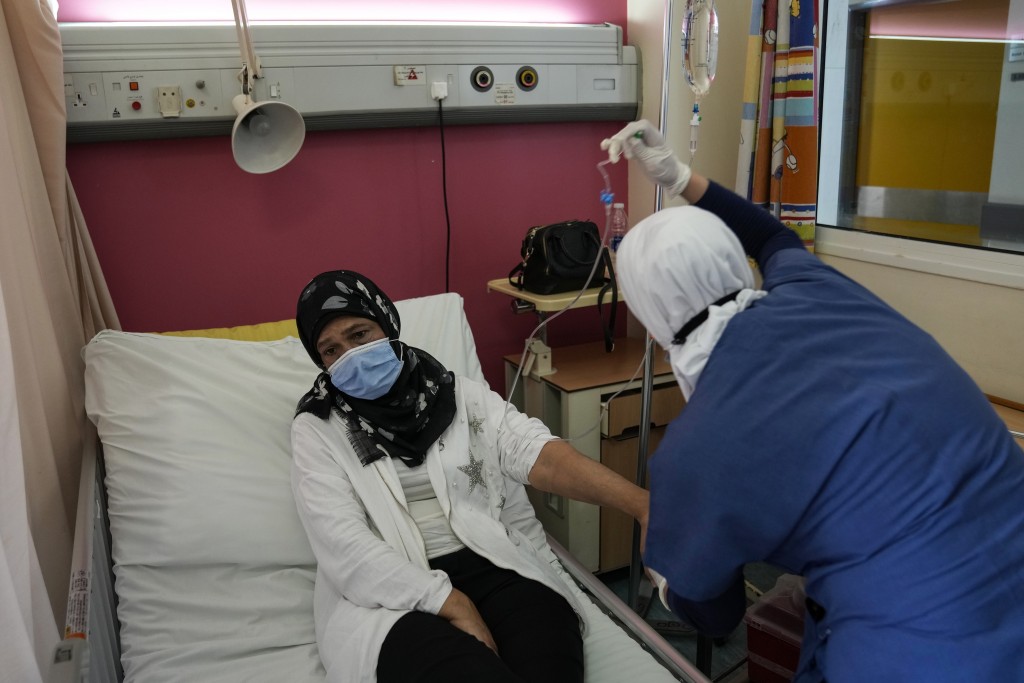 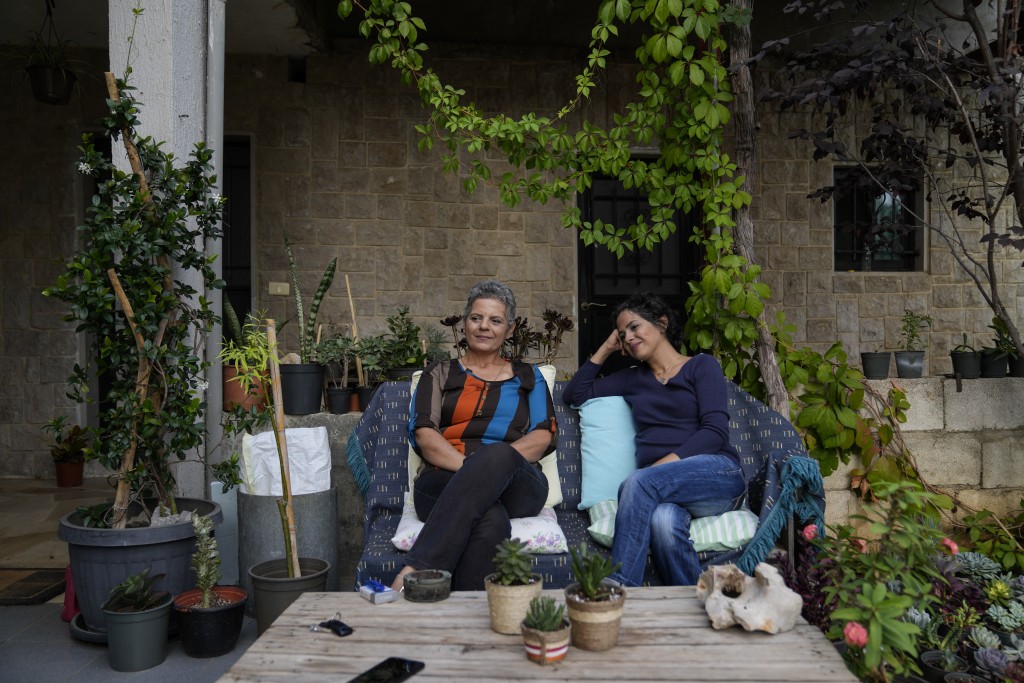 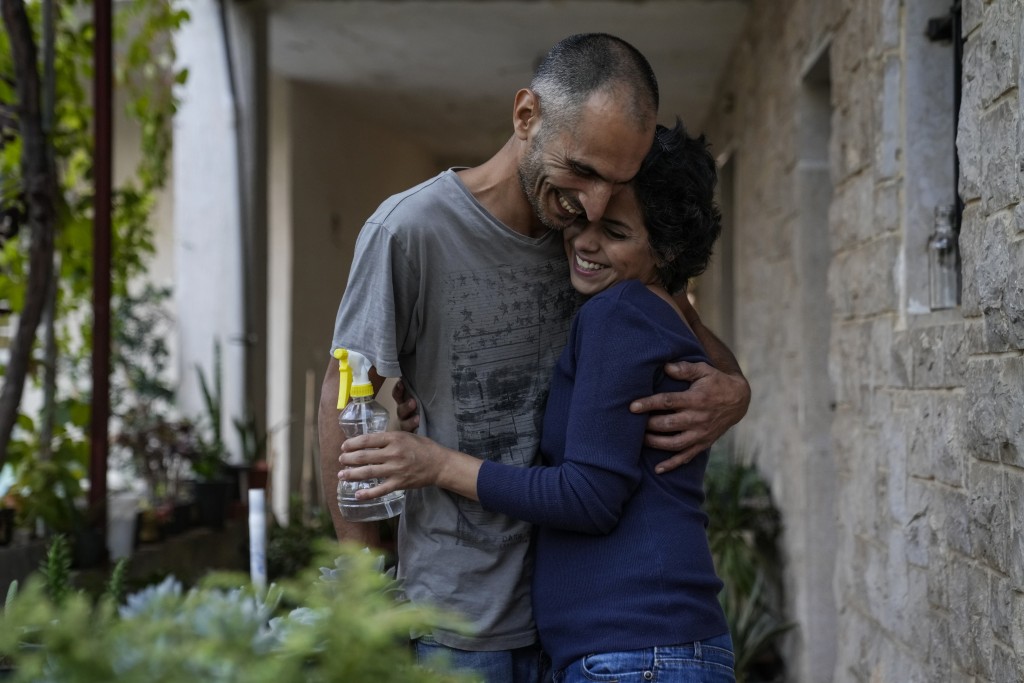 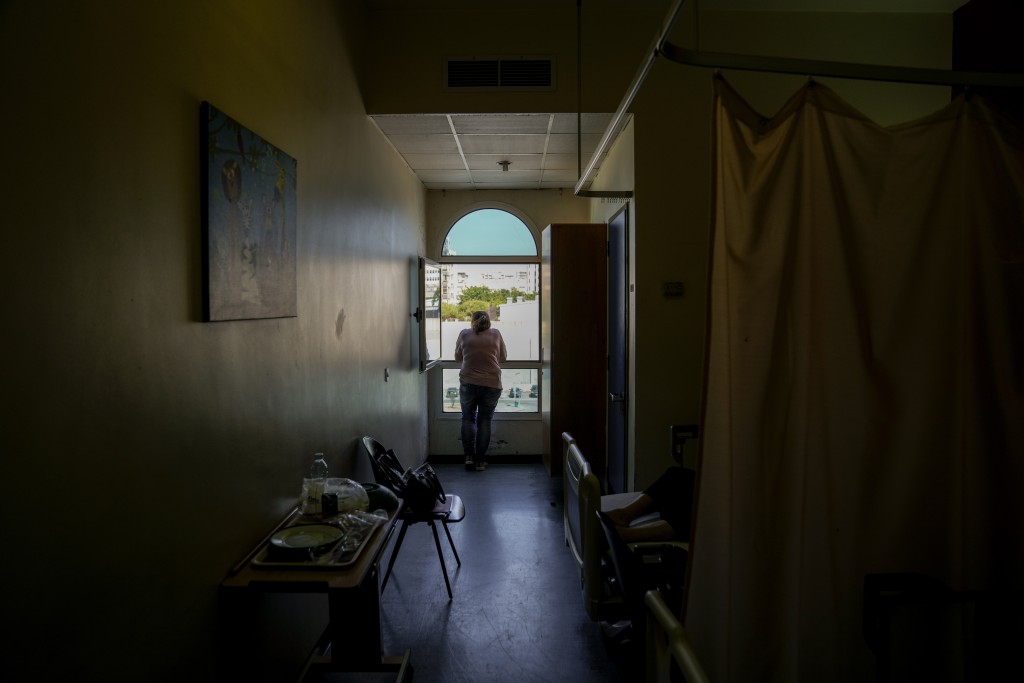 QLEIAT, Lebanon (AP) — Saydi Mubarak and her mother share a bond that goes beyond a close mother-daughter relationship: They were both diagnosed with breast cancer a year ago and underwent months of chemotherapy at a Beirut hospital, together facing the anxiety, the hair loss and the uncertainty for the future.

Now they share the fear of not being able to get the medication they need to complete their treatment because in Lebanon, where a devastating economic crisis has upended daily life, there are almost no drugs to be found.

The small Mediterranean country — once a medical hub in the Middle East — is grappling with severe shortages in medical supplies, fuel and other necessities. The economic crisis, described as one of the world’s worst of the past 150 years, is rooted in decades of corruption and mismanagement by a political class that has accumulated debt and done little to encourage local industries, forcing the country to rely on imports for almost everything.

But those imports are hard to come by since the Lebanese pound has lost more than 90% of its value since 2019, and the Central Bank's foreign reserves are drying up. The crisis was worsened by a massive explosion that destroyed the country's main port last year.

For months, pharmacy shelves have been bare, exacerbated by panic buying and suppliers holding back drugs, hoping to sell them later for higher prices amid the uncertainty. Hospitals are at a breaking point, barely able to secure diesel to keep generators and life-saving machines operating day to day.

The drug shortages threaten tens of thousands of people, including cancer patients. In desperation, many have taken to social media or turned to travelers coming from abroad. Visitors and Lebanese expats these days often arrive with suitcases full of pills, vials and other medical supplies for relatives and friends.

Mubarak, a 36-year-old high-school teacher and mother of two boys, says the feeling of not being safe never leaves her. She was diagnosed with breast cancer in July last year, a few weeks before her mother, Helen Akiki, discovered a lump in her breast.

After months of chemo, Mubarak had a mastectomy in December. She is now undergoing a therapy that's supposed to take 10 years, consisting of a daily pill and a monthly hormone injection to make sure the cancer doesn't return.

As the shortages grew more dire and Mubarak was unable to find the hormone, the family posted her story on Instagram along with Mubarak's cell phone number.

For the next day and a half, the phone didn't stop ringing — Lebanese from all over the world offered to send her the medication. Six days after she was due for an injection, a traveler from neighboring Jordan hand-delivered her the drug.

“It was very emotional,” Mubarak recounted, sitting in the garden of her single-story house in Qleiat, a mountain town north of Beirut, as her sons ran about, feeding chicken and rabbits. She said the traveler refused to accept payment.

Getting the medicine is not the last hurdle for Mubarak and her mother. Because of Lebanon's fuel crisis, they worry about whether they will find enough gasoline each time they need to drive into Beirut for treatment. On a recent day, Akiki was told that the hospital couldn't find the medicine used in the serum for her therapy. They replaced it with an injection she said was more painful.

Akiki says the two have found strength in facing the battle together, though she struggles with feelings of guilt that she became ill herself when her daughter needed her most.

“This is not the time for me to be sick," Akiki said. “I tell myself what is important is her. A mother stops thinking of herself in this moment."

Issam Shehadeh, head of the cancer department at Beirut’s Rafik Hariri University Hospital, said the situation has deteriorated significantly in the past three months. The Health Ministry’s stockpiles of critical medicine are now empty, and many hospitals are unable to secure supplies from importers who are holding back.

“We reached a point when we told the patients that ‘we have run out of ways to treat you,'” said Shehadeh. Doctors are often left with no recourse but to advise patients to try to get the medicine from abroad, a difficult task for anyone but especially the poor, whose ranks are swelling in the economic crisis. More than half of Lebanon’s 6 million people now live in poverty.

One of Shehadeh's patients, Wahiba Doughan, who has lung cancer, reached out to relatives in France who sent enough medicine for two sessions of chemotherapy. The relatives refused to be reimbursed, but Doughan worries about having to pay for future medicine: A government-subsidized dose for one session in Lebanon costs $40 — a 10th of the price in France.

“I live in anxiety," said Doughan, a 60-year-old civil servant. “I found the dose now but maybe later I will not.”

In late August, dozens of cancer patients gathered outside the main U.N. offices in Beirut demanding international help. “We refuse to have a life countdown,” read one banner. Another one said: “Our government is killing us.”

Najat Rochdi, the U.N. humanitarian coordinator for Lebanon, broke into tears as she listened to the patients speak about their situation. She said her office is in contact with potential donors, including the World Bank, to find solutions.

A new government has promised to get control of the economic meltdown.

But with the Lebanese state absent, calls on social media have mobilized the country's large diaspora, as in Mubarak's case.

Mubarak says she doesn't know how to compensate those who sent her a three-month supply of medication.

“I mention them in my prayers every day,” said Mubarak, a devout Christian. “God willing, people will continue to help each other.”