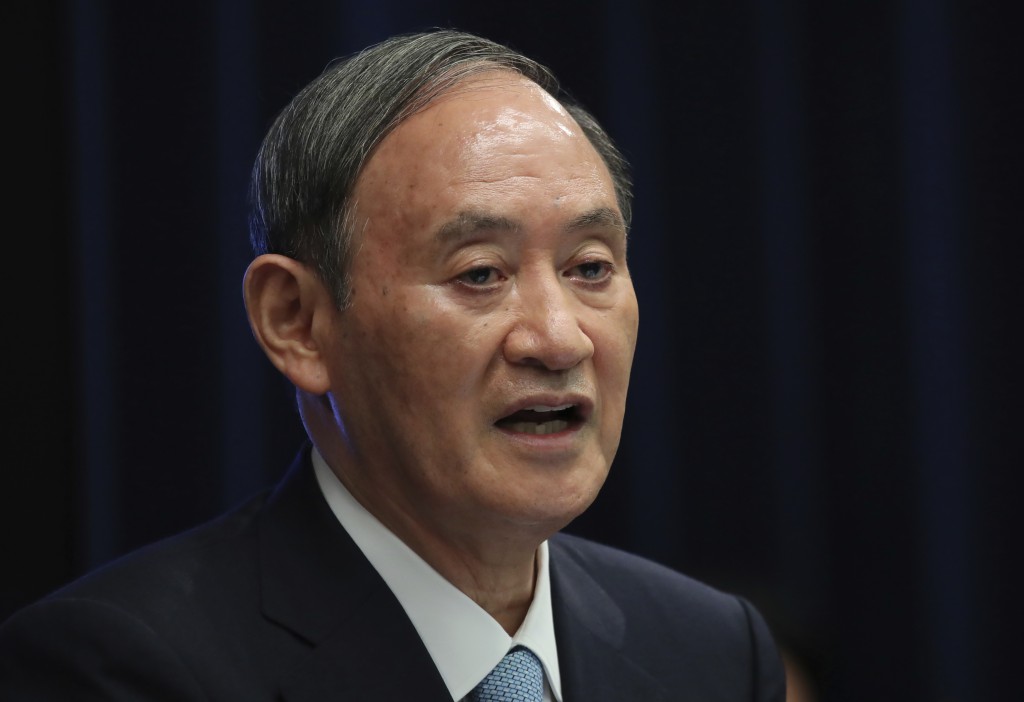 TOKYO (AP) — Outgoing Japanese Prime Minister Yoshihide Suga is expected to travel to Washington next week to join three other leaders from the so-called Quad nations at an in-person summit of the grouping.

The four nations — the United States, Japan, Australia and India — are promoting their “free and open Indo-Pacific” vision to form a security and economic framework based on democratic values as a counter to China’s authoritarian approach.

Chief Cabinet Secretary Katsunobu Kato told reporters that Suga was invited by President Joe Biden to attend the summit on Sept. 24. The trip, days before his term ends, will be Suga's second to Washington as prime minister following a meeting of the two leaders in April. An earlier Quad summit in March was held online.

The rare foreign trip by an outgoing Japanese leader comes as senior lawmakers in Suga's governing party are busy ahead of a leadership election. Suga's trip is seen as Japan trying to show continuity in its diplomacy and commitment to peace and democracy in the Indo-Pacific region.

Suga announced his intention not to run in the Sept. 29 Liberal Democratic Party leadership vote, paving the way for a new party leader who will also become Japan’s next prime minister.

Kato said Japan is arranging Suga's trip because of the importance of the Quad meeting.

“Holding of the upcoming Quad summit is extremely significant, and it is important that Prime Minister Suga relays it to his successor," Kato said.

Foreign Minister Toshimitsu Motegi told reporters that “our position on the importance of the Japan-U.S. alliance or achieving a ‘free and open Indo-Pacific’ is consistent, whoever becomes the next party leader or prime minister."

Three candidates have announced their entry into the race, with Taro Kono, a minister in charge of vaccinations, seen as a front runner. Former Foreign Minister Fumio Kishida, who has shifted from a dovish stance to the right, and former Internal Affairs Minister Sanae Takaichi, who shares former leader Shinzo Abe's conservative stance, are also vying for the top job.