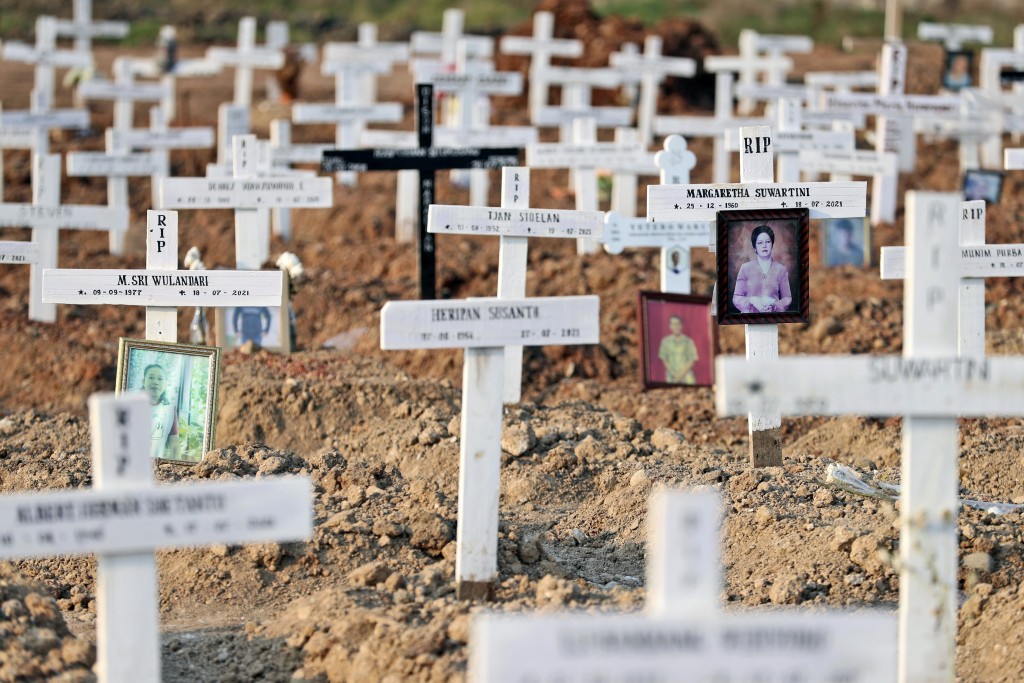 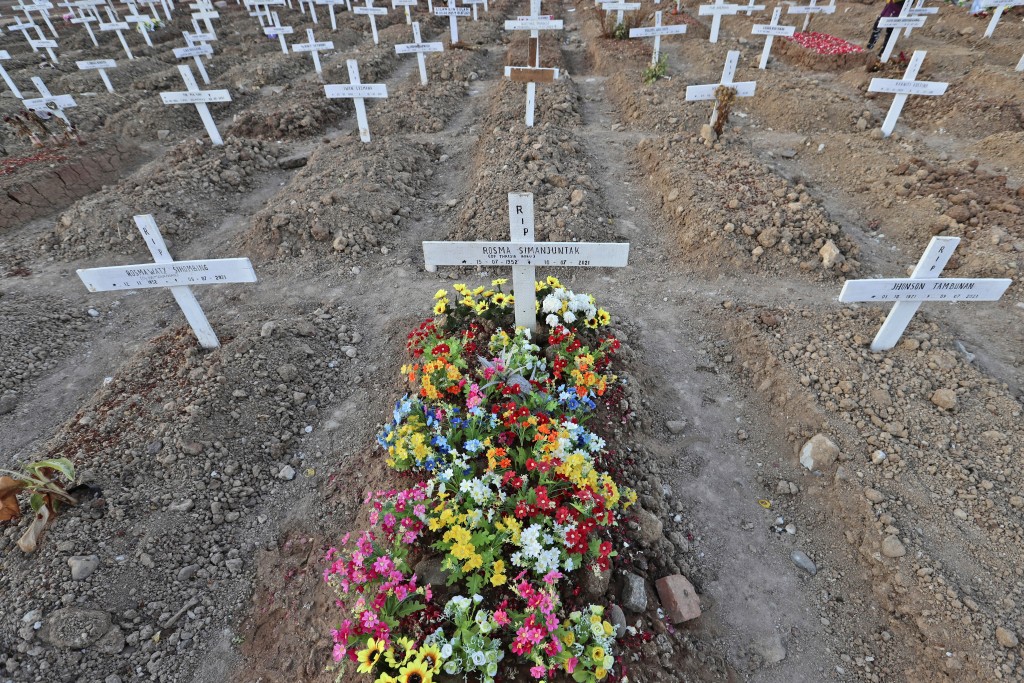 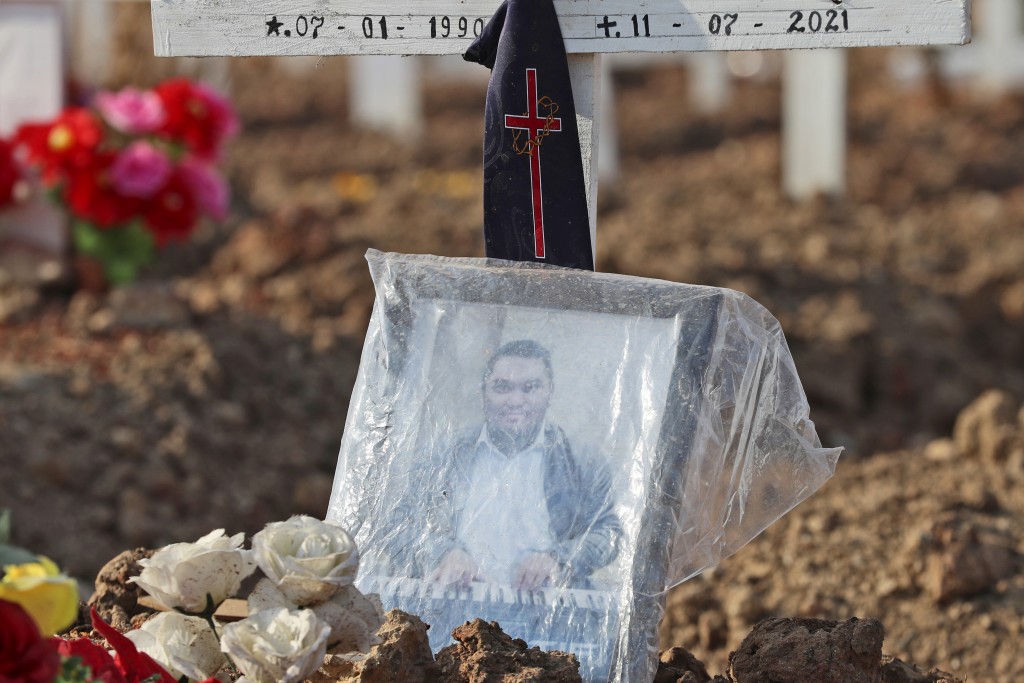 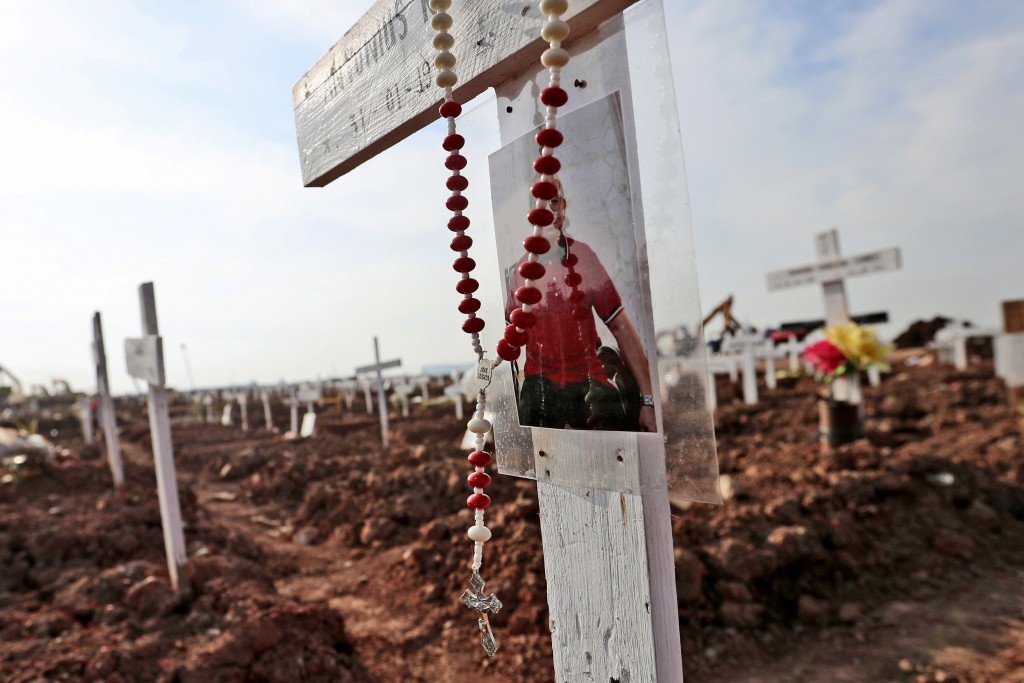 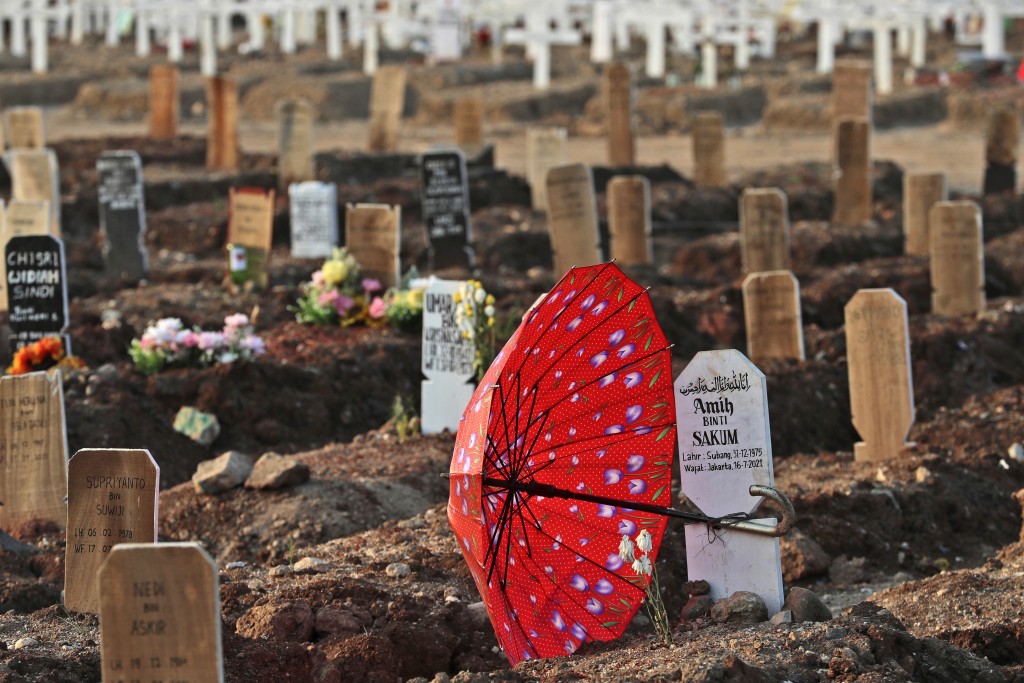 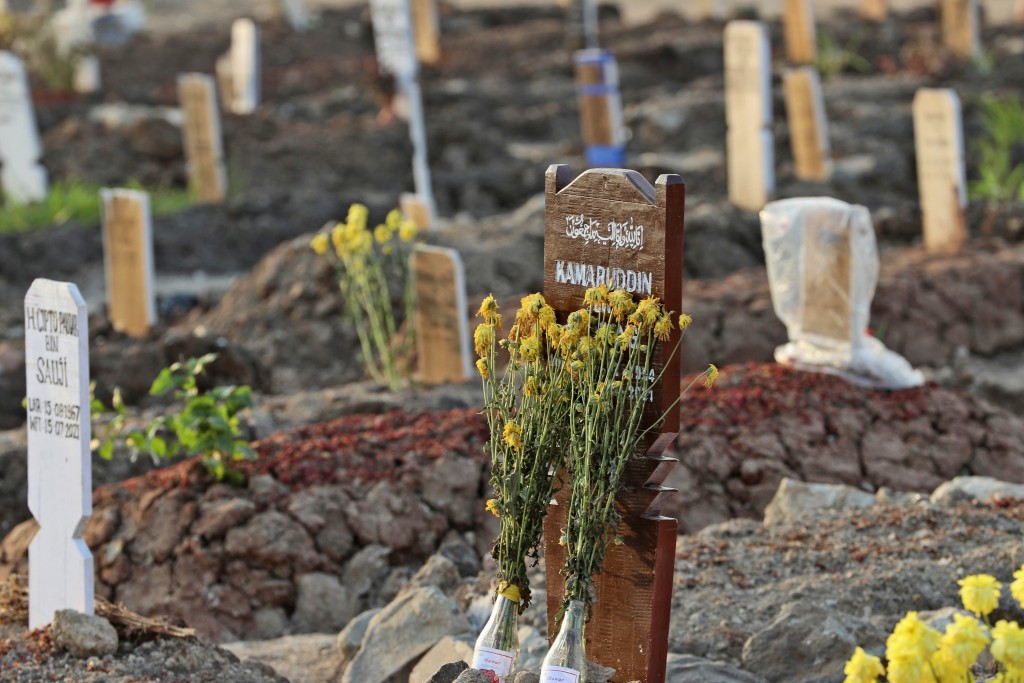 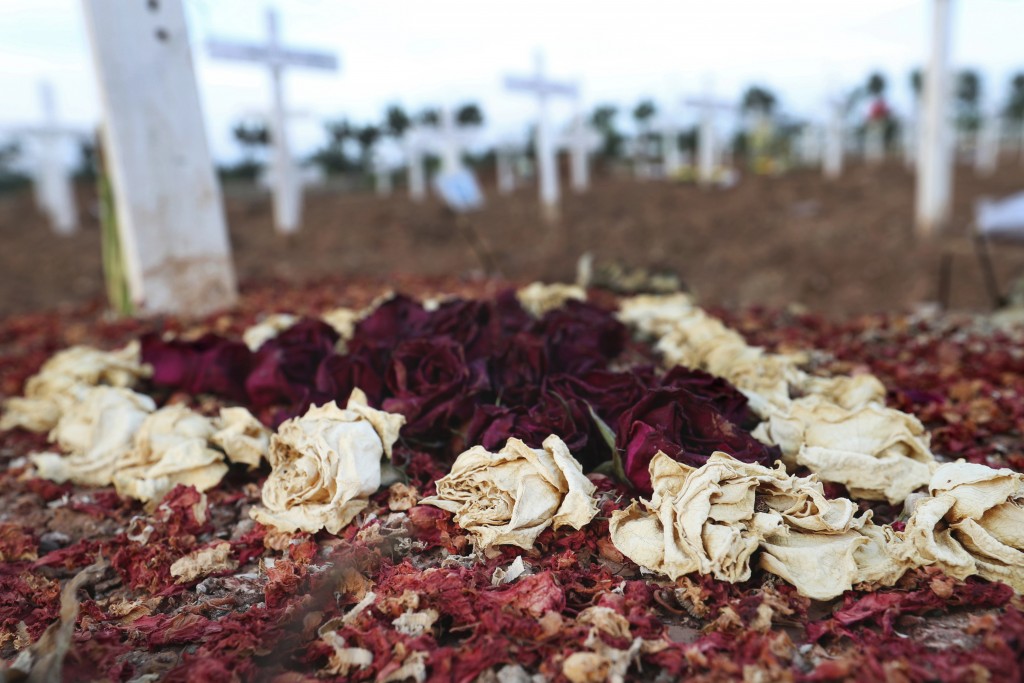 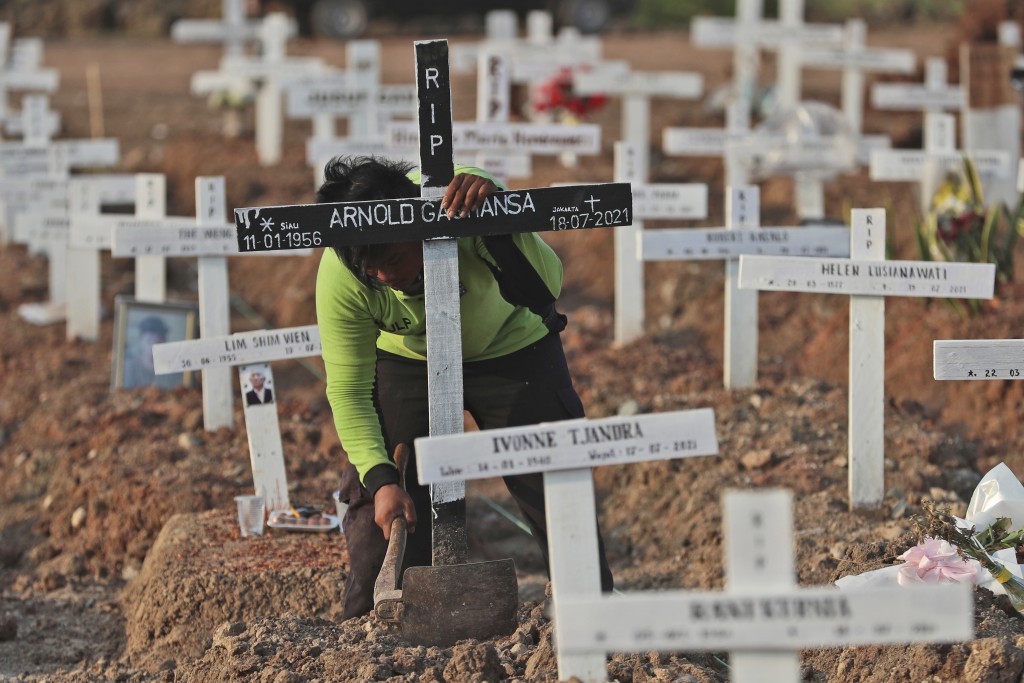 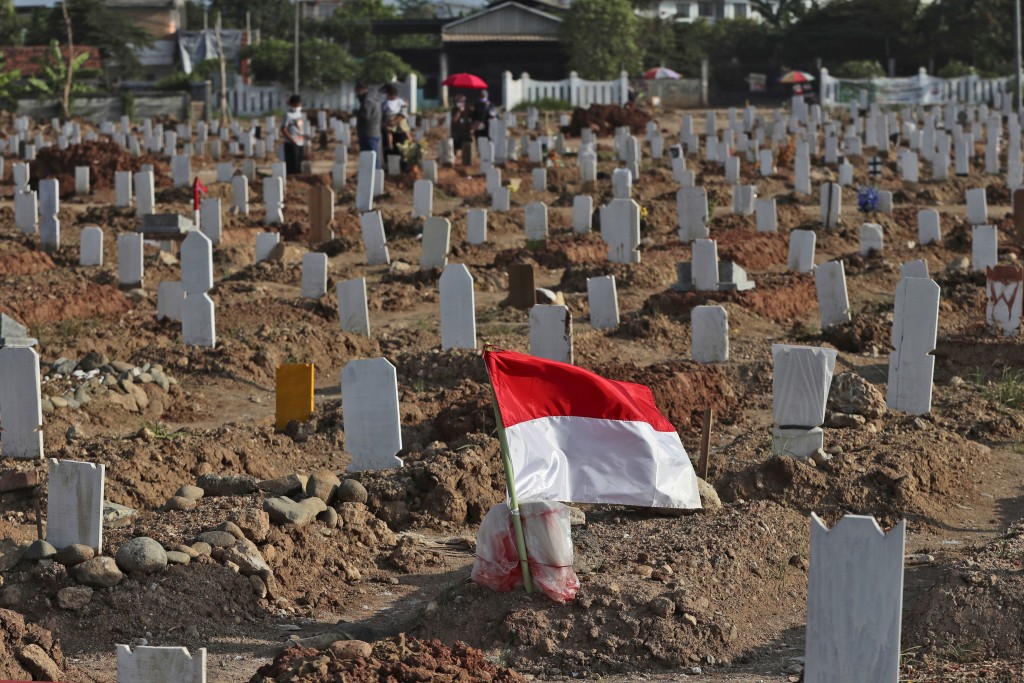 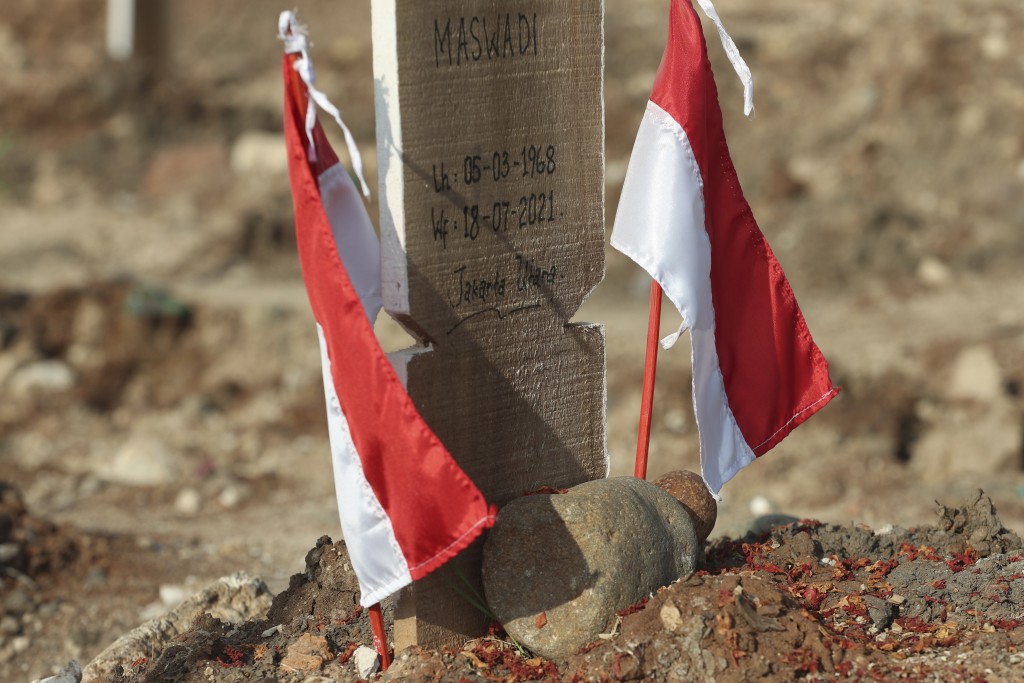 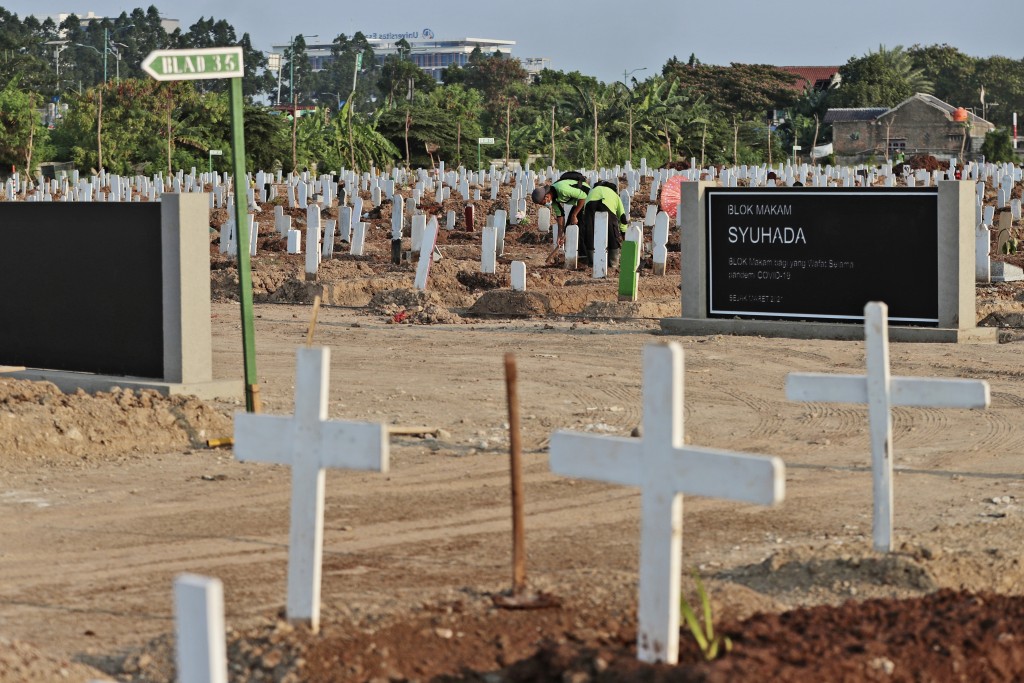 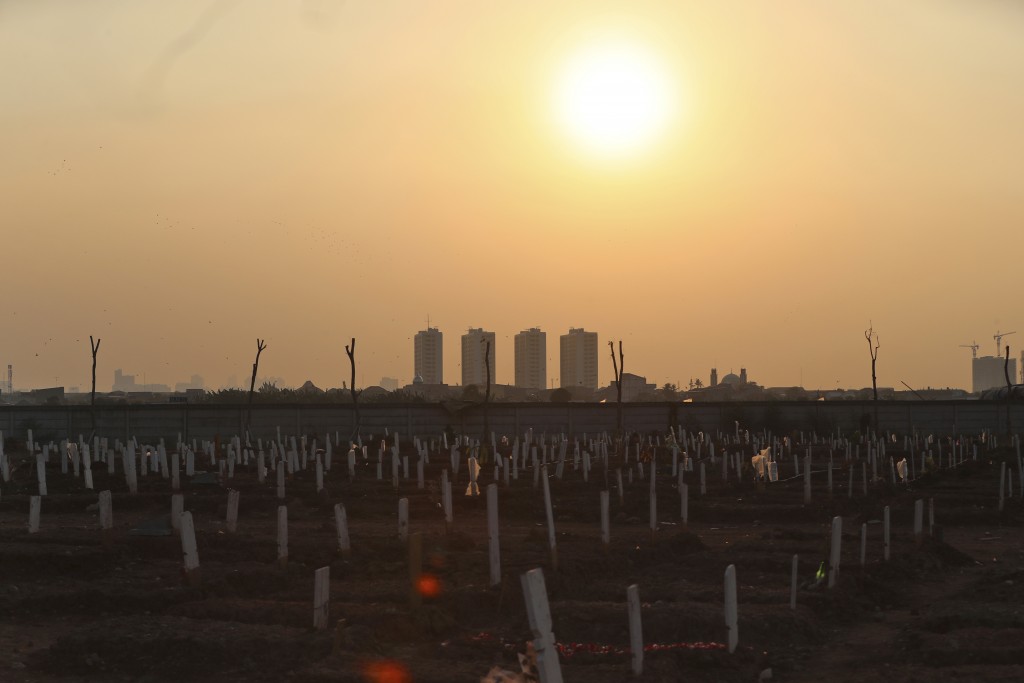 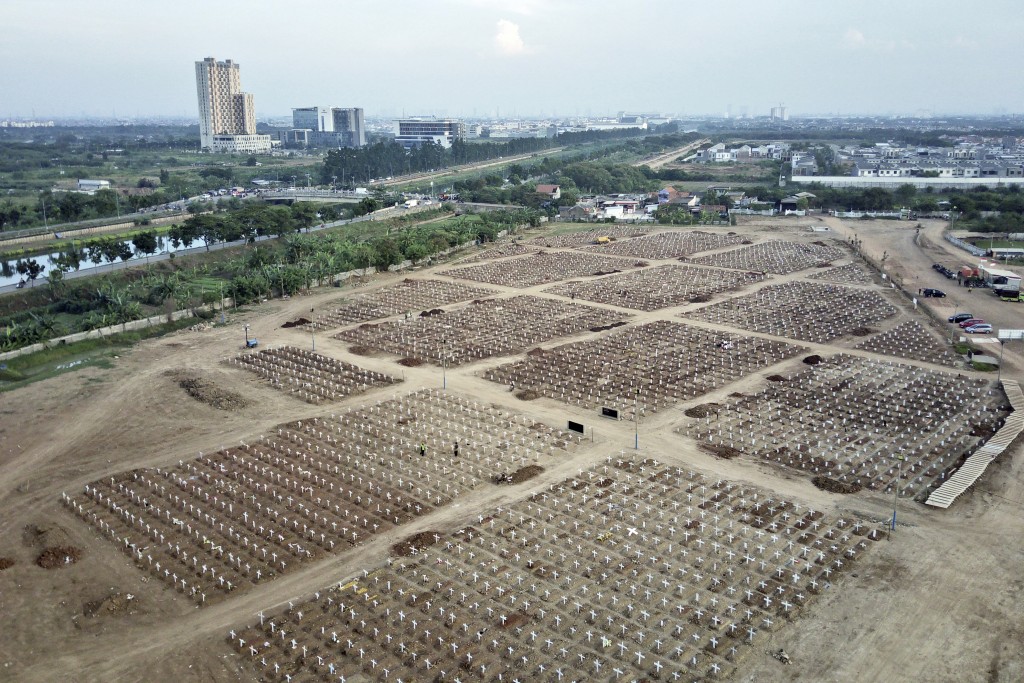 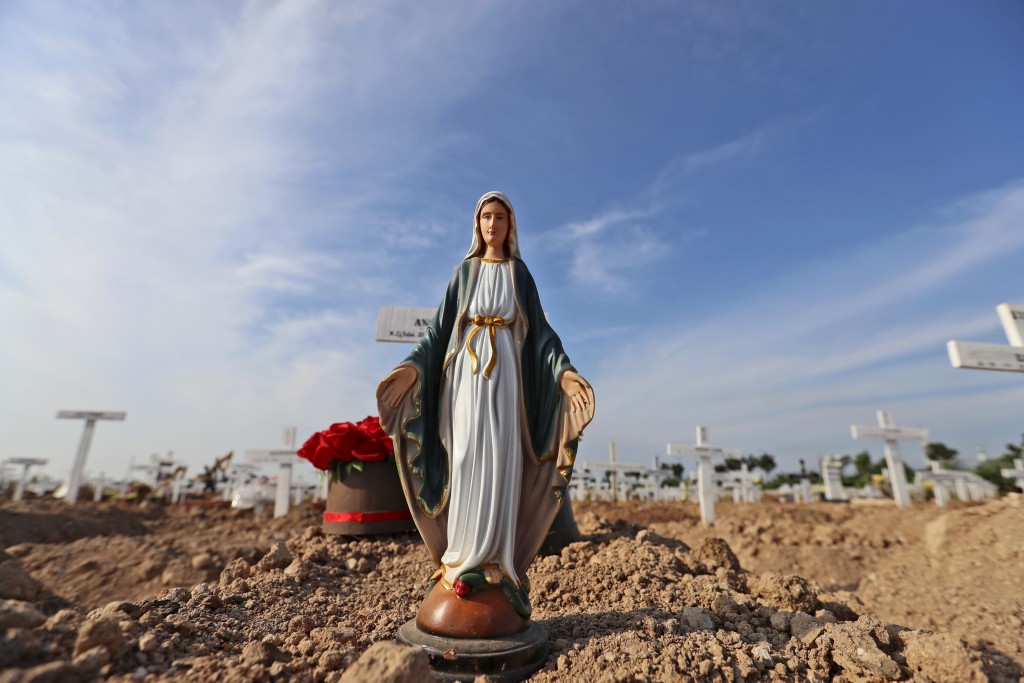 JAKARTA, Indonesia (AP) — In a graveyard on Jakarta's outskirts, portraits of the dead, bouquets of flowers and other mementos serve as reminders of the deadly coronavirus wave that battered Indonesia over the summer.

The neat lines of low dirt mounds are quieter now that burials have slowed — a relief for the cemetery's staff after the flood of fresh graves amid the monthslong surge.

Pops of color stand out in the sea of brown earth, helping future visitors find their loved ones. Other graves have photos of the dead, wrapped in plastic to protect against the elements.

Here, one grave is covered in a rainbow of flowers; further on, a large red umbrella is securely fastened to a headstone to keep from blowing away. Red and white Indonesian flags are planted proudly beside many others.

Rorotan Cemetery is divided by religion. In the Christian section, many of the white wooden crosses are topped with statues of the Virgin Mary, her eyes downcast. Some have rosary beads draped over the markers. Possibly these belonged to the deceased. Maybe they held them as they died.

In the Muslim section, flowers and flat wooden grave markers catch the sun’s last rays. A sturdy black sign declares these COVID-19 casualties to be “syuhada” — a common Indonesian spelling of the Arabic word for martyrs. A young man in a facemask sits on the ground beside a nearby grave, his fingers knitted together, seemingly lost in thought as the light fades toward dusk.

The Jakarta government cleared and dedicated land at Rorotan Cemetery for victims of the virus in March. By June, there were more than 50,000 confirmed COVID-19 deaths in the country. That grim total surged to over 100,000 on Aug 4.

All told, at least 82,000 Indonesians died from June through August as the pandemic raged. The true number is believed to be even higher, due to Indonesia’s low testing and tracing rates.

Jakarta — along with several other areas on Java, the most populous island in Indonesia's vast archipelago — was one of the hot spots.

Nico, a security officer at the cemetery who goes by one name, says the staff do not disturb the graveyard mementos unless they become broken, or the flowers wilt completely.

He said he “feels grateful” the surge is over and that the caretakers can focus on keeping things tidy, creating a restful place for those who died in the heat and chaos of the summer, and praying the graveyard doesn't grow any further.