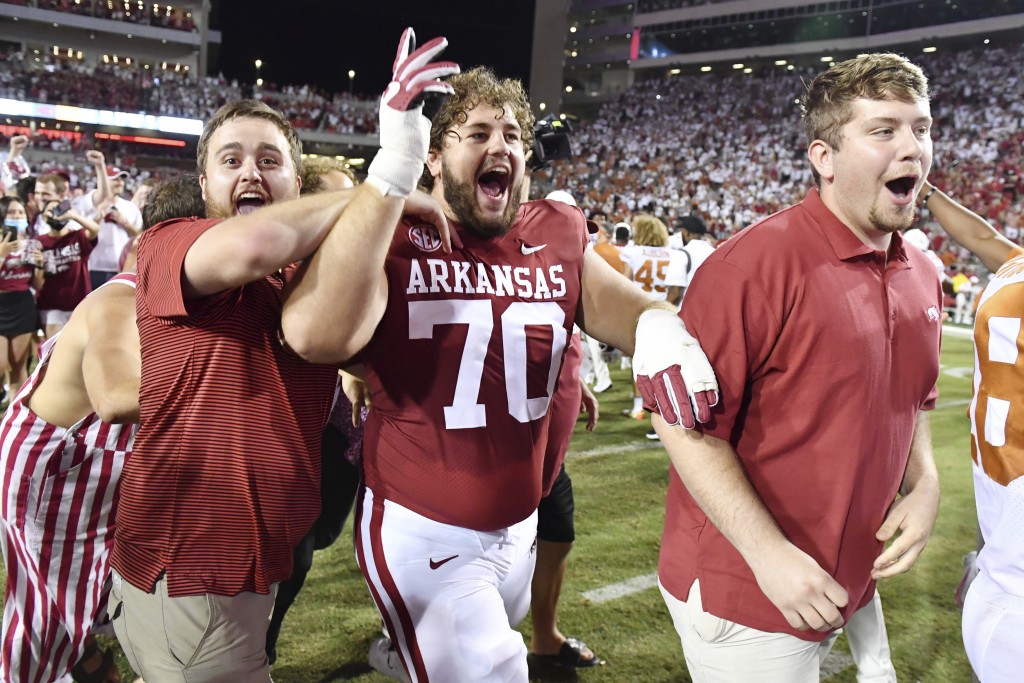 Arkansas beat its former Southwest Conference before a crowd of 74.531 — the ninth-largest in Arkansas history. It was the Razorbacks' first win over Texas in Fayetteville since 1981. The win vaulted Arkansas into the AP Top 25 for the first time since 2016. The 20th-ranked Razorbacks host Georgia Southern on Saturday.