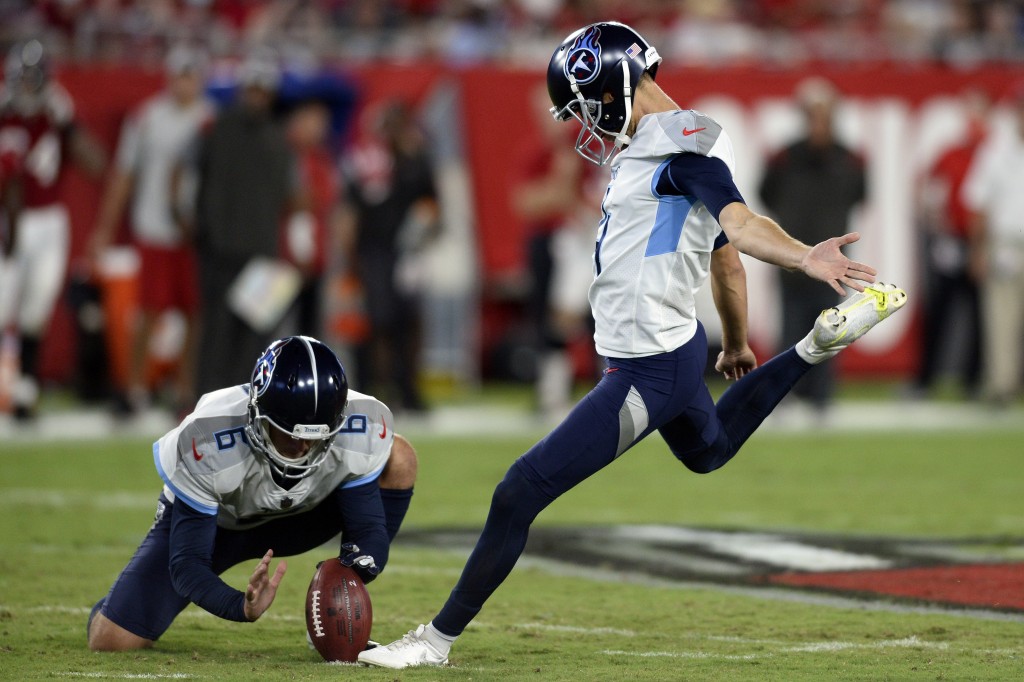 NASHVILLE, Tenn. (AP) — The Tennessee Titans are moving onto yet another kicker, waiving Michael Badgley a day after he missed an extra point and a 46-yard field goal in their season-opening loss.

Coach Mike Vrabel told reporters earlier Monday the Titans were looking at Badgley and would work out some other kickers.

“Take a look at some guys working out, Randy’s on the practice squad, find somebody that we think is going to make them and protect for him," Vrabel said. “That’s the plan.”

This continues the Titans' revolving door at kicker. They used two kickers last season after signing Stephen Gostkowski just before the start of the season and had a third on the practice squad in November. That was an improvement from 2019 when five kickers played in at least two games.