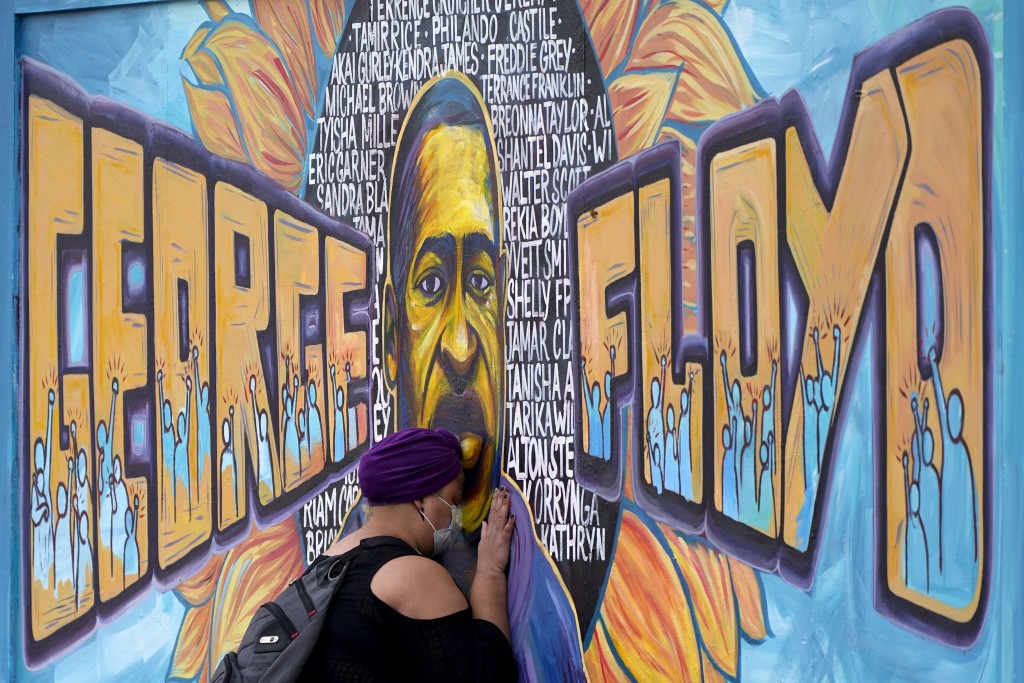 MINNEAPOLIS (AP) — A fund set up to honor George Floyd and raise awareness about racial injustice said Monday that it has awarded more than $50,000 in scholarships since it was created.

“Our hope at the George Floyd Memorial Foundation is that these high-achieving students will become attorneys, activists and scholars who will work to ensure people are treated fairly around the world,” Harris said in a statement.

Bridgett Floyd, George Floyd's sister and founder of the George Floyd Memorial Foundation, said: “As the days, months and years go by, one thing is true: my brother George’s death truly changed the world and by offering support to these students, it will allow us to continue to bring hope to those in need."

The George Floyd Memorial Foundation, based in Fayetteville, North Carolina, was created in August 2020 and focuses on raising awareness of racial injustices, police brutality and ensuring everyone's civil rights are protected.

Floyd, a 46-year-old Black man, died May 25, 2020, after a white former Minneapolis police officer knelt on his neck as Floyd said he couldn’t breathe. That officer, Derek Chauvin, has been convicted of murder and manslaughter and sentenced to 22 1/2 years. Three other former officers await trial on aiding and abetting counts.