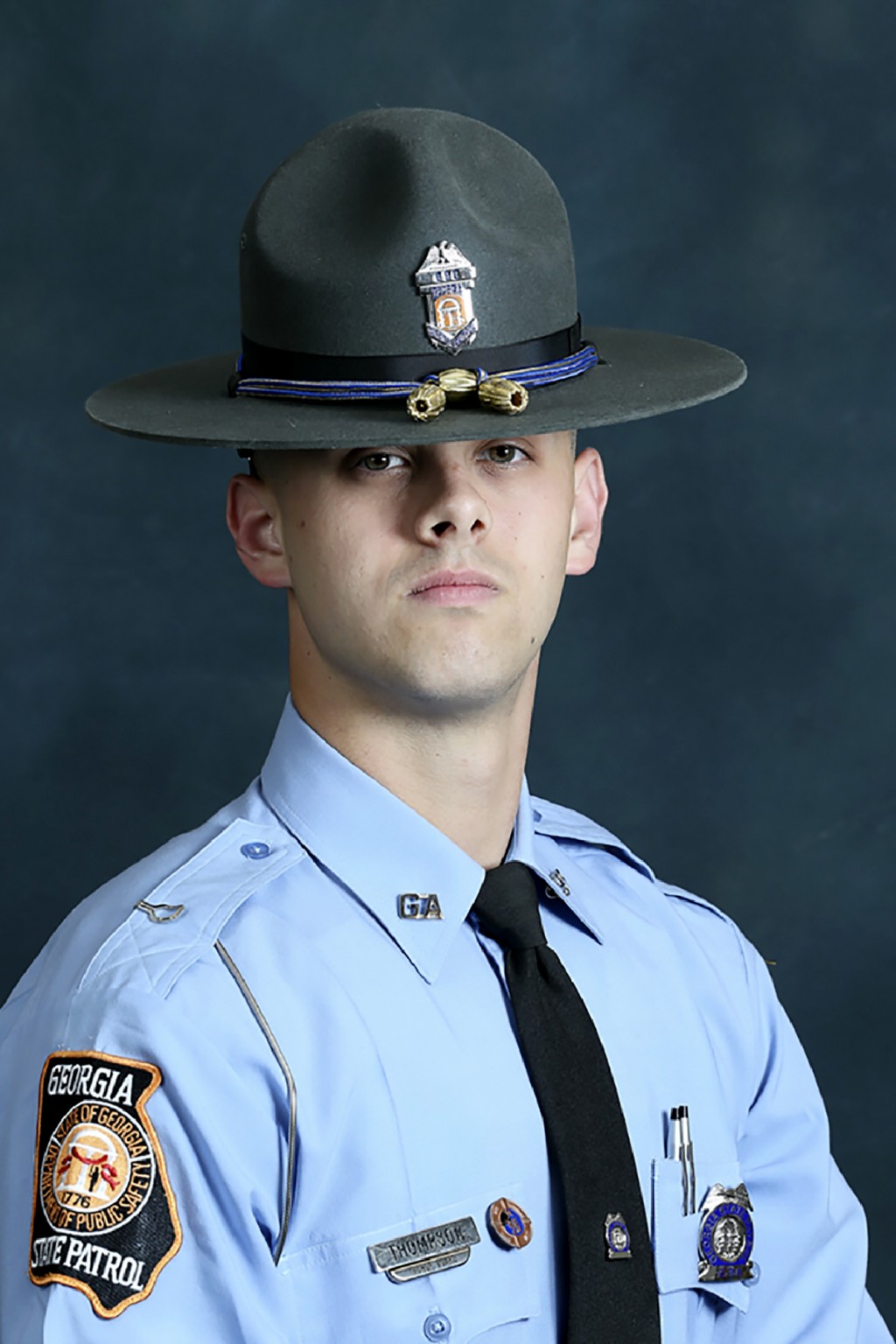 SAVANNAH, Ga. (AP) — The son of a Black man killed last year by a Georgia state trooper attempting a traffic stop over a broken tail light said Monday he will march across a stretch of southeast Georgia in hopes of getting federal authorities to take up the case.

Brook Bacon is trying to get renewed attention to the slaying of his father, 60-year-old Julian Lewis, nearly three months after a grand jury in rural Screven County declined to indict the trooper who shot him in the head.

“That can't be left unchallenged,” Bacon told reporters during an online news conference with his attorneys. He added: “In split-second moments, these tragedies happen and too often they get swept aside."

Trooper Jacob G. Thompson was fired by the Georgia State Patrol and jailed on charges of felony murder and aggravated assault soon after Lewis was killed on Aug. 7, 2020, in Screven County. Thompson said Lewis tried to flee a traffic stop for a broken tail light. After a short chase, the trooper forced Lewis' car into a ditch.

Thompson wrote in his incident report that he shot Lewis as Lewis was revving his engine and turning his steering wheel, as if he was trying to ram the trooper. But Georgia Bureau of Investigation Agent Dustin Peak later testified in court that was impossible. Peak said Lewis’ car battery disconnected when his vehicle hit the ditch, leaving the car inoperable.

The murder case in state court stalled in late June, when a grand jury declined to indict Thompson. Ogeechee Judicial Circuit District Attorney Daphne Totten, whose office was prosecuting the case, has not said whether she will try again to indict the former trooper.

“It’s so outrageous that we have to call on federal intervention,” said Mawuli Davis, an attorney for Thompson's family.

Starting Thursday, Bacon plans to set out with his lawyers and civil rights activists on a 60-mile (96-kilometer) march from the scene of the shooting in Screven County to the federal courthouse in downtown Savannah. They expect to finish the trek on Monday.

After the grand jury decided against moving forward with charges, Thompson's defense attorney, Keith Barber, said the former trooper was “only doing his job” to protect the public and “acted in self-defense” when he shot Lewis.

Bacon and other members of Lewis' family have said they feel even more strongly that he was murdered after prosecutors in July showed them dash-camera video of the shooting. They have called on Totten to release that video to the public and to bring the case before a new grand jury.

Totten has not said what her office plans to do. She did not immediately return phone and email messages Monday.

This story has been corrected to show that the name of Julian Lewis' son is Brook Bacon, not Brooks Bacon.